West Bengal DIG (traffic) Humayun Kabir, whose has donned the director’s hat with his debut film Aleya, will soon be making a multilingual film that will see the top cop addressing the issue of drug abuse.

According to Online news portal The Live Mirror, the IPS officer wants to cast Bollywood actresses Sushmita Sen and Raveena Tandon for the yet-to-be-titled film that will be released in three languages-Bengali, Hindi and Telugu. The director also wants to rope in Bengali actors Rituparna Sengupta and Ritwick Chakraborty for the film.

Being a cop, Kabir himself has come across many real life incidents that he feels should be told to the society.

His debut film Aleya is a crime thriller which deals with serious issues like child marriage, triple talaq, school dropout rate and communal disharmony through the medium. 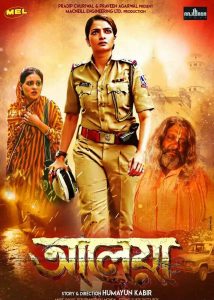 It ran into a controversy when Central Board of Film Certification (CBFC) asked the director to to make six modifications including muting the words ‘Gujarat’, ‘Ahmedabad’, ‘Jai Shri Ram’, ‘Kafer’ and ‘Trishule gethe’, Times of India reported.

The story traces the life of a Muslim girl, Aleya (Priyanka), who despite being a topper in her district gets married at a very early age. Next, we hear that the girl has been murdered. In a first, Bengali actress Tonushree will be portraying  the role of a tough cop.

Meanwhile, the director has two more stories in mind that may make it to the silver screen.

“I am working on two more stories. While one is on substance abuse, the other will be based on child trafficking. As a cop who was posted across various districts in West Bengal, I have come across many incidents and will try to use them,” he said.