Baahubali: The Conclusion, is the only thing that people are talking about. The magnum opus directed by SS Rajamouli is making all the right noises because of the story, the stellar cast, and the amazing VFX. While the cast of the movie seemed perfect, little does anyone know that Rajamouli wanted to cast someone else in the role of Sivagami, the Queen mother of fictional city Mahishmati

According to reports, Rajamouli has earlier approached veteran actress Sridevi. She liked the story, apparently, but it was her fee that posed a problem. Reportedly, Sridevi demanded a fee that was way beyond the budget. Now, since the movie was already being made on a large scale with a great amount of money invested, Sridevi could not bag the role.

The role then went on to Ramya Krishnan, who aced the role quite brilliantly. As far as Sridevi is considered, she opted to work in Puli, which failed to leave a mark at the Box Office. 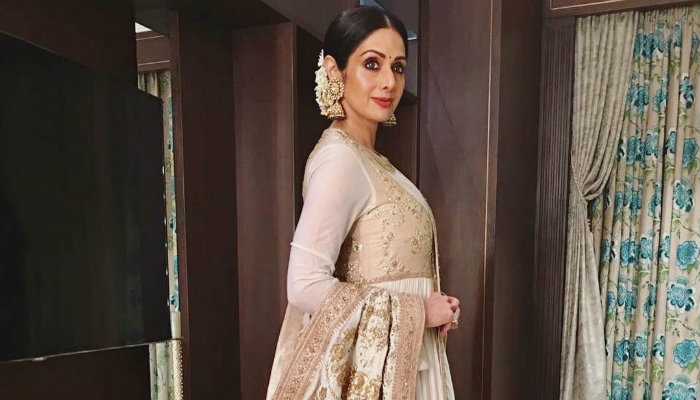 The character of Queen mother Sivagami was quite strong in the movie. Right from Baahubali: The Beginning, Ramya struck a chord with viewers and her way of living impressed everyone. She raised Bhallala Deva (played by Rana Daggubati) and Amrendra Baahuabliu (essayed by Prabhas) without any difference. She made the princes fit for their roles and also was the one who has the most authority in the town.

Ramya Krishan has definitely struck gold by being a part of Baahubali. We now wonder how different the film would have been if Sridevi had essayed the role.

Baahubali: The Conclusion has stirred a new storm at the Box Office. The movie is smashing Box Office records like anything. If the pace is continued it won’t be long before the film mints Rs 1000 crore worldwide, a feat that is yet to be achieved by any Indian movie.