After releasing a romantic track Hans Mat Pagle from Akshay Kumar and Bhumi Pednekar starrer Toilet Ek Prem Katha, the makers have now released yet another soulful track from the upcoming film. Titled Bakheda, the song features the lead pair Akshay and Bhumi and showcases their struggle to stay together. With this latest track, Akshay Kumar teaches us that falling in love is easy, but to keep that love alive requires lots of efforts.

In the song, Akshay Kumar, who is deeply in love with Bhumi can be seen trying every possible way to make Jaya (Bhumi Pednekar) happy. Their chemistry in the song is simple and easily relatable. In fact, the song looks like a lesson on how to fall in love and make a possible effort to stay together. It is being sung by Sukhwinder Singh and Sunidhi Chauhan.

Said to be inspired by the Swachh Bharat Abhiyan, initiated by Prime Minister Narendra Modi, Akshay’s Toilet: Ek Prem Katha is a love story with a satirical flavour. It is directed by Shree Narayan Singh, and produced by Aruna Bhatia, Plan C Studios and Abundantia. 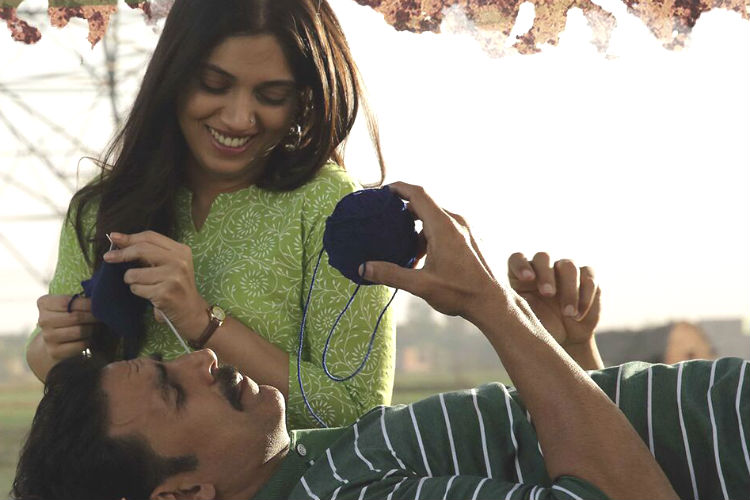 This is the first time Akshay has shared the screen space with Dum Laga Ke Haisha star Bhumi. Also featuring Anupam Kher in a pivotal role, the film marks Akshay and Anupam Kher’s 20th film together. Toilet Ek Prem Katha is slated to release on August 11.

On the work front, Akshay was last seen in Naam Shabana along with Taapsee Pannu. Apart from Toilet Ek Prem Katha, the actor is also busy shooting for his next Bollywood project Gold. He recently shared the first look of the film on his Twitter page. The film will also mark the Bollywood debut of television actress Mouni Roy.