Priyanka Chopra has been making waves since long. She’s already taken over Hollywood with her role — Alex Parish — in Quantico, and of course with her stint in the upcoming movie, Baywatch.

Recently, she was seen owning the red carpet at the 2016 Emmys and later appeared on The Tonight Show with Jimmy Fallon. But have you ever noticed things that are similar between Jimmy Fallon and Priyanka Chopra? 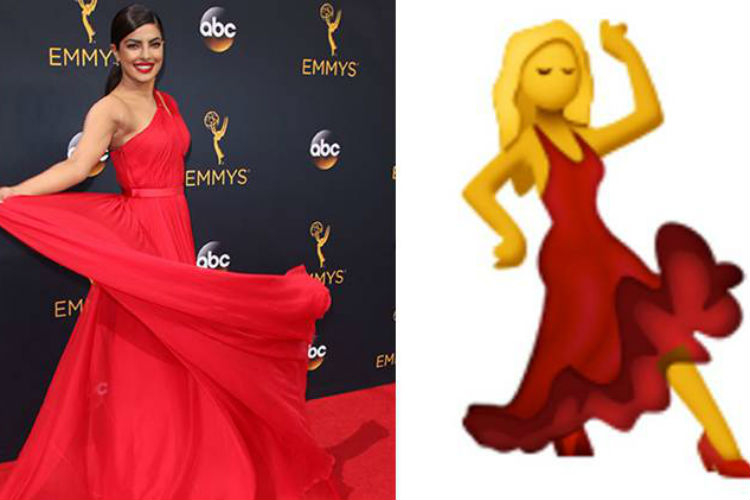 Both Jimmy Fallon and PeeCee share a superb chemistry. They joke on the show, they have things to discuss and talk about and none of them reacts negatively. In the latest episode of The Tonight Show, Jimmy Fallon told us about the twirling dancing emoji and compared Priyanka Chopra to it. Taking the joke sportingly, Priyanka said “I walked out with this big train and I did it for the first time cause it’s so pretty and I felt princess and after I twirled once I was doing it all night! All of the photographers were asking me to twirl and then onstage Tom made me twirl and I was always only twirling. I’m the twirling dancing emoji now!”

The 💃 emoji is @priyankachopra at the Emmys! #FallonTonight pic.twitter.com/L3V8TFSJJX

Both Jimmy and Priyanka take their challenges very seriously. Although we know that Priyanka has won both the games, Jimmy too never take a back while playing. For him all his games are serious challenge and he does try to win every time.

They both love playing games. We can totally see on every episode of his show that how keen Jimmy is to play a game. And at the same time we see Priyanka taking every challenge sportingly, and of course winning.

Well, we think these two can be the next bffs! Don’t you?