After Ranveer Singh, Anil Kapoor has promoted Farhan Akhtar, Shraddha Kapoor and Arjun Rampal starrer ‘Rock On 2’ in the most amazing way possible. The movie is set to release this week and as the promotion is going on full swing, Bollywood celebs have come out to promote ‘Rock On 2’ in their own way. While Ranveer’s promotion was great but this time we feel that he has clearly lost the battle to Anil Kapoor.   ‘Rock on 2’ will release this week but interestingly they have found a new vocalist for the third installment ‘Rock On 3’. The makers have released the trailer of Farhan Akhtar Shraddha Kapoor

Such has been the impact of Anil Kapoor’s promotion that Farhan Akhtar has decided to take the actor as a vocalist in ‘Rock On 3’! The movie has already created a buzz among the fans with its intriguing storyline. The trailer and the songs of the film are on everyone’s playlist and the team Rock On is doing everything to promote the film in the best possible way. 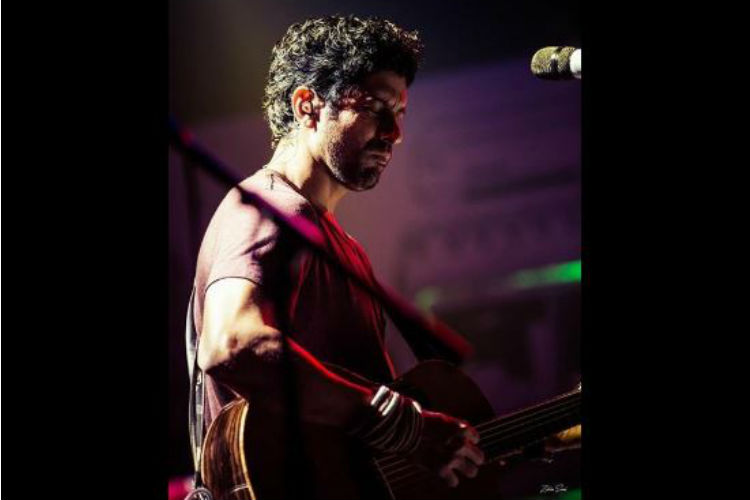 Fans who still remember the ‘Magik’ band were excited to see the teaser of the film. In the teaser, Farhan Akhtar can be seen saying, “Magic has not performed for several years and they are coming back for a reason. This is it!” The new songs which have been crooned by Shraddha and Farhan are great and following their footsteps, Anil gave the team a melodious surprise. Riding on the bicyle, he sang the title track of ‘Rock On 2’.

The trailer of the movie is full of power packed performances. Farhan and Shraddha’s role are powerfully written and the energy of Arjun Rampal, Shraddha Kapoor and Farhan Akhtar are the highlights of the trailer. The movie is one of the highly anticipated sequels of the year. Farhan Akhtar and his team are already touring and conducting live concerts across the country. This time Shashank is stepping into the shoes of Luke Kenny.

The movie stars Shraddha Kapoor, Farhan Akhtar, Arjun Rampal, Purab Kohli and Shashank Arora in pivotal roles. ‘Rock On 2’ is slated to release in cinemas on the 11th of November, 2016.