Congratulations on the box office success of Sonu Ke Titu Ki Sweety. We can all use some extra cash, especially when it is close to Rs 80 crore. Everyone wants to be successful, and it is understandable why you would pander to the audience you identified with your first film Pyaar Ka Punchnama. Your dialogues don’t seem to lack zing, so I will take the liberty to assume you’re a reasonably intelligent man. Someone who can understand my problem with your films and how you defend them in interviews.

No, I’m not ‘intellectualising a film’ if I request you to adopt a more holistic approach in the representation of any/all genders. I’m not disagreeing that there are gold-diggers on this planet, but when I see that ALL of them happen to be women in your films – the writing on the wall is in bold, underlined and in massive font.

Gone are the days when one gender only served as plot-points or ‘the adversary’. So yes, to answer your question – if men were portrayed in such a one-dimensional manner I would still have a problem with it.

Being gender-sensitive has nothing to do with being politically correct. It’s basic decency. What a film like a Sonu Ke Titu Ki Sweety does is, it reinvigorates the larger narrative that fuels the rampant sexism via Whatsapp forwards. It is also the same line of conversation where Naresh Agarwal’s comments about Jaya Bachchan, are recieved with chuckles of amusement instead of groans.

ALSO READ: Another day, another trolling: Renuka Shahane shames misogynist for calling her a prostitute

Do you see the bigger picture? Especially in a country like ours, where a large number of the audience believe anything they watch in movies?

Also, please stop defending the Punchnama series and Sonu Ke Titu Ki Sweety by saying you made Akaash Vani. It might get construed as you made a ‘feminist’ film and when it failed, you went back to your sexist ways. When in fact, it might have just been a lousy film. When I saw the trailer for Sonu Ke Titu Ki Sweety for the first time, I got the feeling that you were entering the Judd Apatow zone a la Knocked Up or The 40-Year-Old Virgin. But do you know Judd Apatow is one of Hollywood’s champions of gender sensitivity? Even when he’s making movies exclusively about men, he doesn’t write such shallow women. And guess what, they’re funnier than all your films. 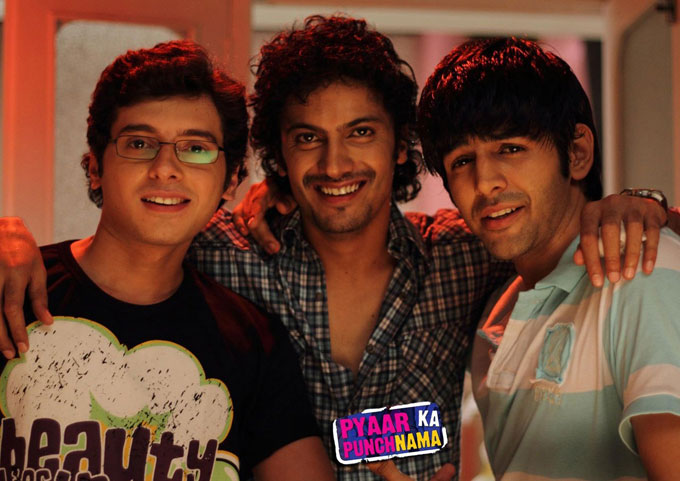 In the end, it all just comes down to ethics. It’s like members of the media scandalising a celebrity’s death barely a day after, because it gets them some eyeballs in the short-term. You can keep making the same kind of movies, reinforcing the same kind of stereotypes, and laughing your way to the bank. No one can force you to embrace it of course.

Even in 2018, we have people saying mind-boggling shit about what a woman can/cannot do, at least don’t make it worse with your films? Strive to make your next film without being so blind to the conversation around the prevailing gender stereotypes? Please see the bigger picture, it can’t be that hard.

P.S – Fellow Bollywood fans, by indulging a film like Sonu Ke Titu Ki Sweety you’re only determining the tone of Luv Ranjan’s future projects that will be centered around ‘what works’. So please take some time and introspect about how you contribute to society, solely by buying a movie ticket.