Filmmaker Karan Johar, who became a proud father of twins Yash and Roohi earlier this year, is on cloud nine after the arrival of his children. Yash and Roohi were born premature and spent over seven weeks in the neonatal intensive care unit (NICU) of a hospital in Mumbai.

While many of Karan’s close industry friends including Kareena Kapoor Khan, Shah Rukh Khan and Alia Bhatt have already met the babies, KJo has kept them away from the eyes of the paparazzi. The filmmaker has given his fans a tour of Yash and Roohi’s nursery which is designed by none other than her close friend and SRK’s wife Gauri Khan but has not shared the first picture of the kids on social media yet.

The nursery exudes a dreamy feel with a white sofa, a white crib, a white lamp, a white wall dotted with colorful animals. One can spot soft toys hanging on one wall and a cute teddy bear painted on the side of the crib. Recently, Karan Johar decided to share the first glimpse of his children but in a very different and creative way. For a special edition of Hindustan Times Brunch, artist Sayan Mukherjee painted a picture of KJO holding Yash and Roohi in his arms and it is just amazing.

In one of the pictures, Karan can be seen holding both the kids in his arms, while in the other one Yash and Roohi can be seen playing on a sofa chair and the best part about the picture is the background which also has a photo frame of KJo’s dad Yash Johar on the wall. Have a look at the pictures: 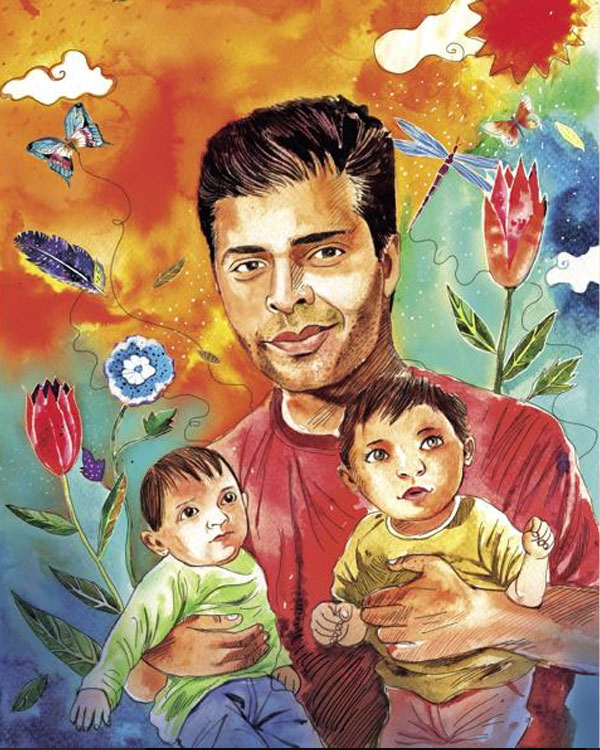 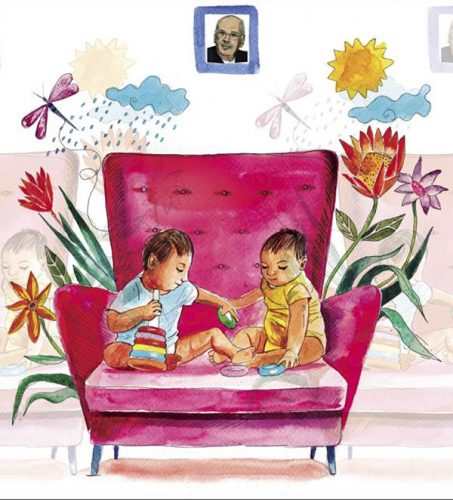 His daughter has been named Roohi – a rearrangement of Karan’s mother’s name Hiroo — and the son Yash has been named on Karan’s late father, who produced films like Agneepath and Kuch Kuch Hota Hai” (1998).