One of the most loved couples, Kajol and Ajay Devgn are currently shooting for a Marathi show together. As soon as the news broke, the fans got excited as the Bollywood couple will be seen together after a really long time. Taking a cue from the audience’s reaction, Kajol recently shared a video on her Facebook account where she spoke about how she is planning to give some Marathi lessons to Ajay Devgn.

In the video, the actress moves out of her vanity van and requests Ajay to say, “Chala Hawa Yeu Dya.” The actor pauses for a few minutes and tries to repeat the phrase. When he gets it, he shocks (in a sweet way) and the others present there by saying, ‘Ata Majhi Satakli’. This makes everyone burst into laughter. Now this is really sweet ! Kajol and Ajay give some strong relationship goals. 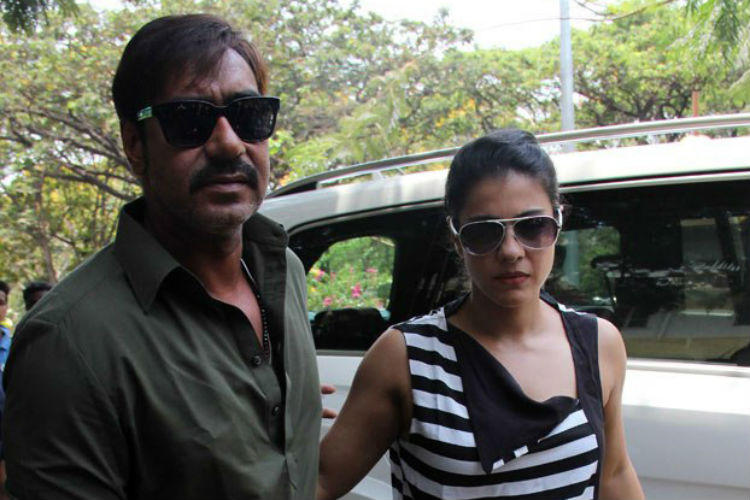 Recently, the actress talked about her marriage with the actor. She said, ” I feel that it was the right thing for me to do at that point of time! I mean, I had been working already for almost 9 years, so I was ready to calm down on the work front and kind of take it easier. I was doing four to five films a year. So, I didn’t want to do that, I didn’t want to live like that. That was not what I had set out to do. So when I got married, I assumed now that I’m going to get married, I’ll do one film a year. I’ll be happier, I’ll be more settled. That’s exactly what I wanted to do.”

Ajay Devgn who has left no stone unturned for his upcoming directorial venture, ‘Shivaay’, expressed his happiness on twitter when his film got a U/A certificate by the Central Board of Film Certification (CBFC).

Shivaay boasts of high adrenaline pumping action sequences. It is slated to clash with Karan Johar’s ‘Ae Dil Hai Mushkil’ this Diwali at the box office. The same release date has been a bone of contention between Ajay Devgn and Karan Johar. Things got more ugly when an audio was released by Kumar Mangat where popular movie critic KRK stated that Karan Johar has given him money to speak ill about Ajay’s film. The actor made his stance clear on the issue by saying that his issues with the film director are ‘strictly personal’. Shivaay marks the debut of Sayyeshaa Saigal and Erika Kaar.