No matter what controversies are blowing up around his film, he’s confident of the product he’s bringing. Actor Ajay Devgn says that he is done with his work and now Shivaay will speak for itself on October 28. The promotions of the film, which also features Erika Kaar, Sayyeshaa Saigal and Abigail Eames, are in its last phase and recently, Ajay visited Delhi for the same. While interacting with InUth, the actor mentioned that the unnecessary controversies affect him emotionally as it takes away the audience’s focus from his craft.

Ajay is also concerned about his audience’s expectations. He says that he has invested two years of his life into Shivaay. He wants the film to come out well because the expectations are of the same level. But, does that mean his efforts in his earlier films were any less? What is so special and different about Shivaay that it is so anticipated? Ajay says that he can’t actually say what’s special and different, but his film has a lot of heart. For Ajay, more than an action film, Shivaay is an emotional story. And it shows a father-daughter relationship in its true sense. Ask whether did he take any references from his relationship with his own daughter, pat comes his positive reply. Ajay says that more than a father, he is friends with his daughter and that’s what he has tried to inculcate in his bond with his onscreen daughter.

Ajay doesn’t call Shivaay an action-thriller. He says it’s an emotional drama. For him, Shivaay is beyond an action film. Because it doesn’t carry “stylised or king-size action”. He says that even when the actor is doing action in a scene, there’s pain on his face. Ajay’s Shivaay in the film doesn’t do action because he has to but because he has been pushed to. His character in the film is all about protecting his child and he would go to any extent to do that.

Talking about how the character seeps into Ajay as a person, the actor says that it’s not only about him but about every man who loves his family. Here are the other important statements Ajay made during our conversation with him: 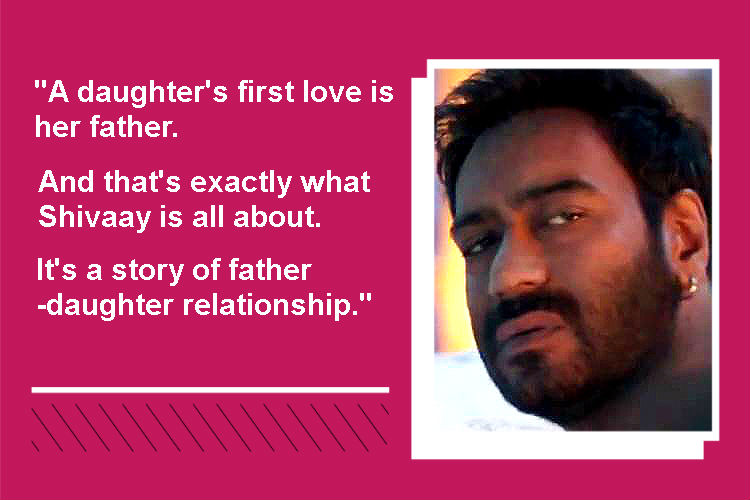 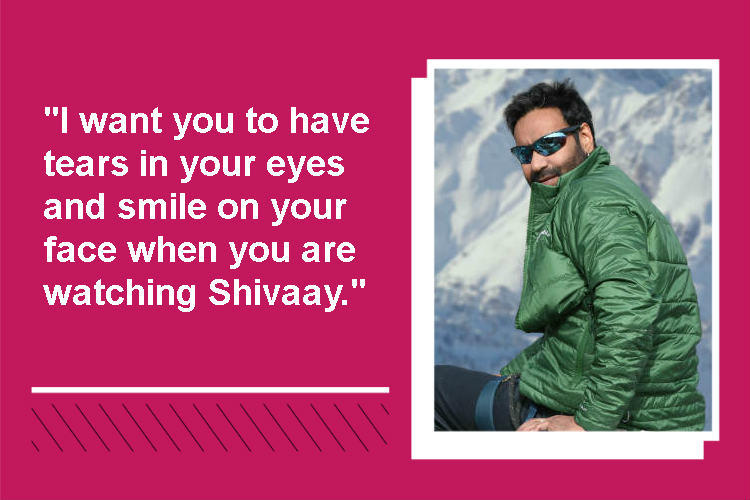 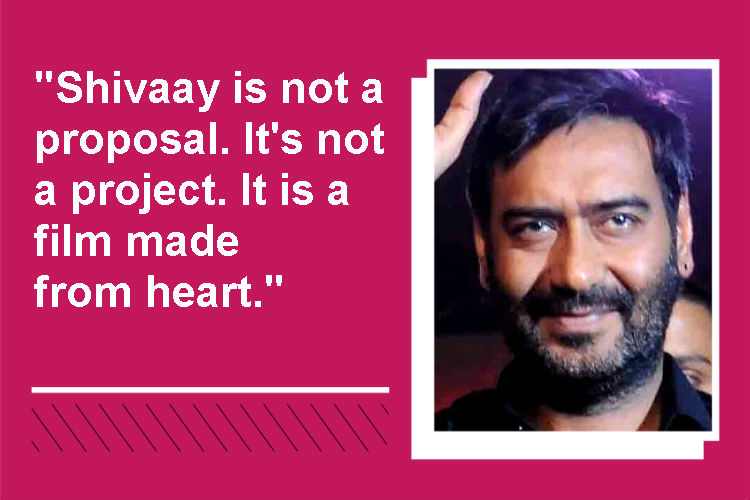 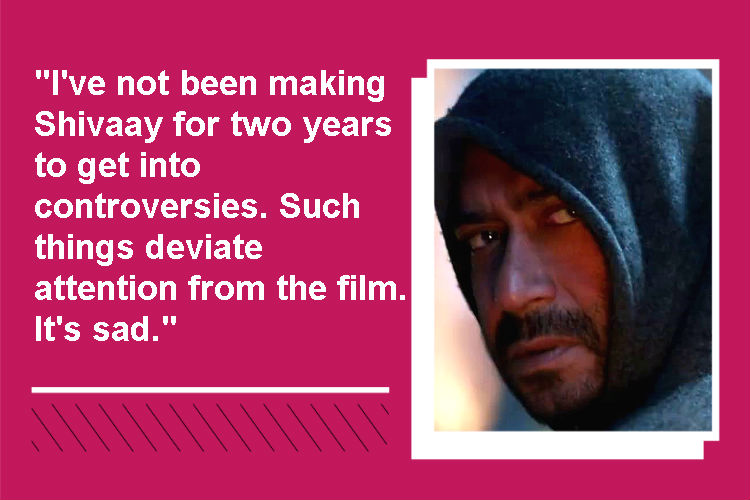