The new photo shoot of Aishwarya Rai Bachchan and Ranbir Kapoor that has raised the hotness quotient with its sizzling chemistry. The ‘Ae Dil Hai Mushkil’ pair recently grabbed a lot of attention for their photoshoot which they did for ‘Filmfare’. The instant sparkling chemistry between the two was very much evident in the series of photos that have surfaced on the social media. So if the fans were going ga-ga over the movie’s trailer and songs, the latest photoshoot of Ranbir and Aishwarya is worth drooling over. In a series of pictures, Aishwarya looked gorgeous in a white top whereas Ranbir looked suave in a  grey coloured sweater. Their crackling chemistry has become an instant hit with the fans.

The movie stars Fawad Khan and Anushka Sharma in pivotal roles along with Ranbir and Aishwarya. Ae Dil Hai Mushkil has been facing a lot of controversies. Earlier, director Karan Johar released a statement stating that his film ‘Ae Dil Hai Mushkil’ starring Fawad Khan will release on October 28, 2016. The director spoke about it in contrary to the reports which said that the release date might be pushed ahead. It all started when MNS issued a threat in the wake of Uri attack where the organization threatened the Pakistani actors to leave the country, failing which they will be pushed out. 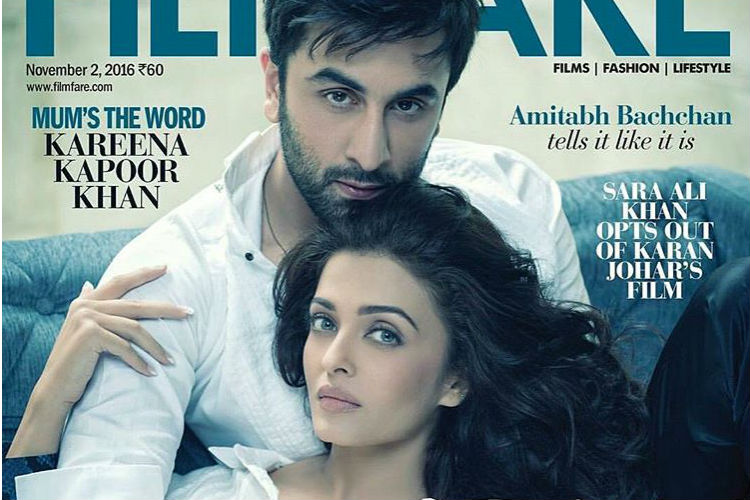 The movie got a U/A certificate from the censor board. The star cast of the movie has started the promotions sans Fawad Khan who is currently in Pakistan. Anushka Sharma on the other hand, is busy shooting for Imtiaz Ali’s next ‘The Ring‘ alongside SRK.    In an interview given to IANS, Apoorva Mehta, CEO, Dharma Productions, said “Ae Dil Hai Mushkil’ has been cleared by the censor board and we are gearing up for its release on October 28. Diwali is all about love and ‘Ae Dil…’ is all about spreading the love.”

Recently, the Dharma Productions released a behind the scene video from the set where the star cast can be seen having a gala time.