Ae Dil Hai Mushkil is a story of unrequited love, and Ranbir plays the character of Ayan while Aishwarya plays the role of Saba Taliyar Khan, a poetess. The music of the film and the dialogue promos have already created the stir in the industry. The film is surrounded with many controversies for featuring Pakistani actor Fawad Khan but the cast seemed to have fun on the TV show. Apart from the photos from the sets, Anushka even posted an Instagram boomerang video. Check this out:

The Ae Dil Hai Mushkil episode on the popular Sony TV show is going to be Diwali special. For the taping of the special episode, Anushka’s look included an elaborate black dress with a kundan neckpiece, sleek hairdo, and nude makeup. Aishwarya wore what looked like a heavily embroidered Manish Malhotra kurta.

Earlier, it was reported that Aishwarya had refused to promote the film citing two reasons:

He doesn’t want to give away any detail regarding her intimate scenes with Ranbir in the film.

She wanted to avoid commenting on the questions around ADHM release.

However, thrashing all the reports, Aishwarya’s appearance on the show makes for a positive sight amid all the tension around the film. The actor can be seen having the best of their time in the pictures from the sets. The episode is slated to air this Saturday. With Bigg Boss 10 also airing their weekend special episode, wonder would the ADHM team also make an appearance on the popular Colors TV show. Check out the photos from The Kapil Sharma Show here: 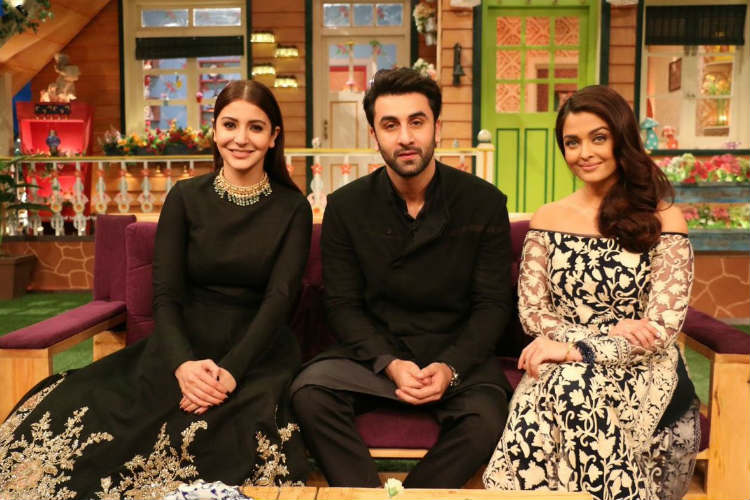 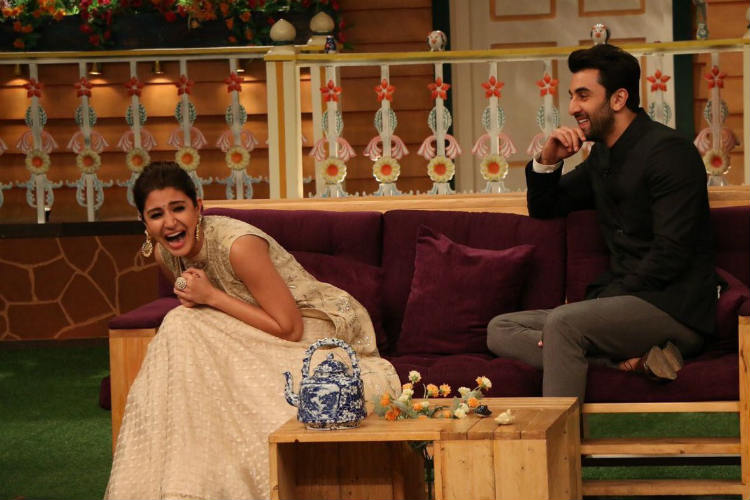 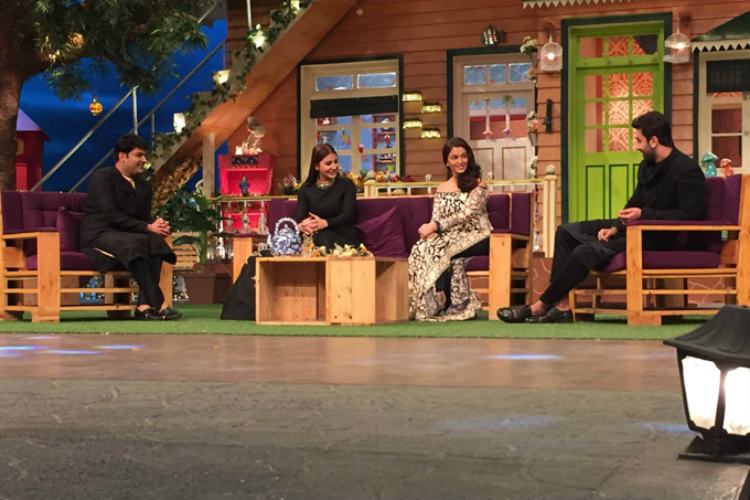 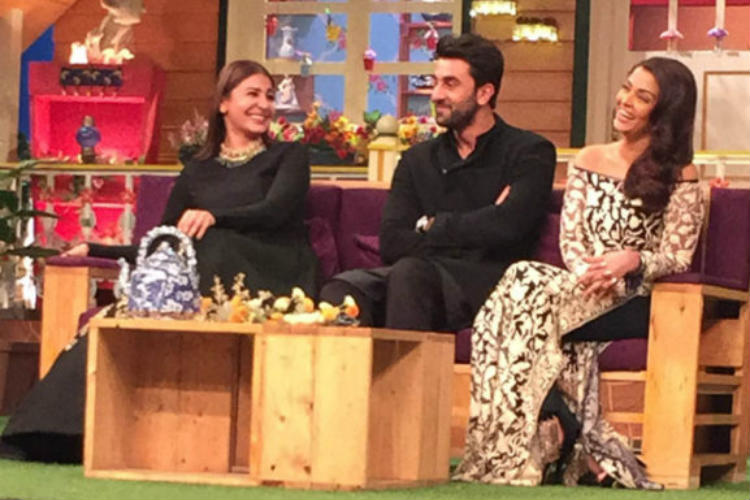 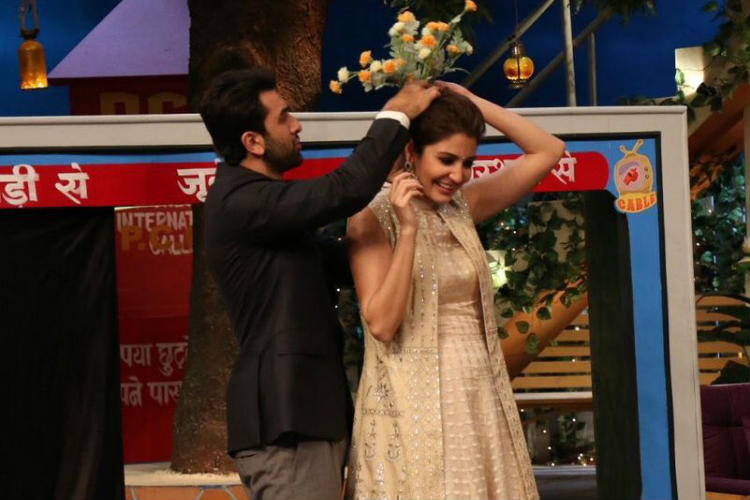 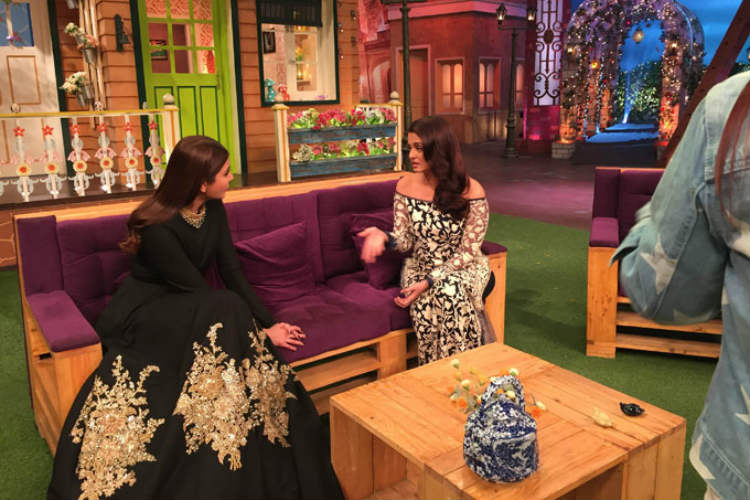 These photos from the sets say it all.