Netflix’s Leila, that stars Huma Qureshi, Siddharth & Arif Zakaria among others, looks like an incarnation of The Handmaid’s Tale in a totalitarian Hindu rashtra. A cult that goes around chanting Jai Ayravrata controls the resources in a dystopian future, and you’re forbidden from even marrying outside your community. Children that are born to parents marrying outside the community are called mishrit or mixed. Kinda’ like mud-bloods in the Harry Potter universe? Probably. And how the system ‘deals’ with these children is called Project Balee (meaning sacrifice). A little on the nose, don’t you think?

Directed by Deepa Mehta (1947 Earth, Water), Shanker Raman (Gurgaon) and Pawan Kumar (Lucia, U-Turn) – the show’s trailer has a lot going for it. A bleak future where we’ve irreversibly damaged the environment, and resources like clean water and air have become a rare commodity. However, the grey hue of dystopia is reminiscent of Netflix’s other show, Ghoul. One shouldn’t have any problem connecting that dot, considering Ghoul‘s creator Patrick Graham is a writer on this show as well. The Hindi spoken has a theatrical quality to it, where it is enunciated slowly in an over-rehearsed play. Less effective when compared to Sacred Games, where the lines seem to be organically rolling off the tongue.

The show has an interesting cast – with Huma Qureshi starring in a project worthy of her talents. It’s always great to see a solid and a well-intentioned actor like Siddharth (Rang De Basanti, Striker) coming back to Hindi. Siddharth has previously worked with Deepa Mehta on the film adaptation of Salman Rushdie’s Midnight’s Children. 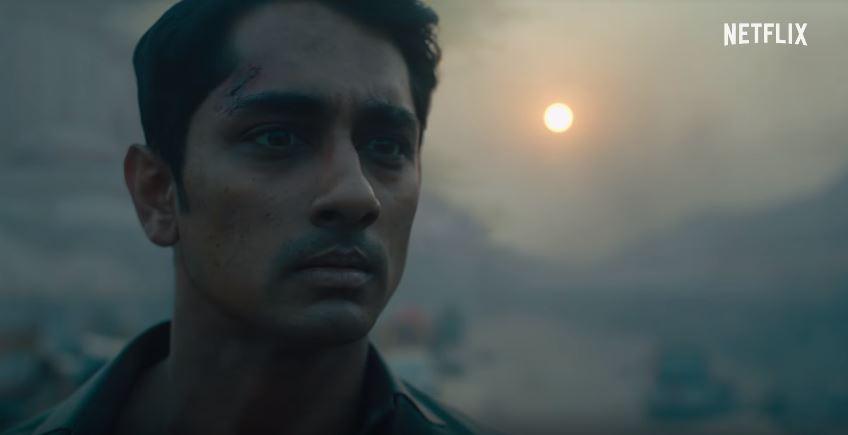 One major reason to look forward to the show is its showrunner – Urmi Juvekar, who has previously collaborated on stellar films like Oye Lucky Lucky Oye, Shanghai, Love Sex Aur Dhokha and Detective Byomkesh Bakshy. The show is adapted on Prayaag Akbar’s 2017 novel of the same name.

Some of the tacky ‘futuristic technology’ and the literal Hindu embellishments aside, this would be an interesting show to look forward to. With the show releasing shortly after the fifth season of Black Mirror, we’ll have to wait and see if Leila‘s dystopian future is provocative enough.

Watch the trailer of Leila here: