The trailer of Sidharth Malhotra and Jacqueline Fernandez starrer A Gentleman is out. A case of ‘mistaken identity, the film boasts of good action scenes and some stunning locales. Apart from Sidharth and Jacqueline, A Gentleman also features Suniel Shetty in the role of an antagonist. Seems like Sidharth has a double role in the film, while Jacqueline is all things spicy and hot.

At two minute 54 seconds, the trailer is long but doesn’t get tiring as it is studded with a lot of action-packed scenes. Add Sidharth’s perfectly chiseled body and you know what you are in for now. The film, written and directed by, Raj and DK is slated for release on August 25. It was title Reloaded earlier. And the mystery behind the change in its title still remains unsolved.

Both Sidharth and Jacqueline have been paired together for the first time in the film, which is being produced by Fox Star Studios. The music of the film is given by Sachin-Jigar, while the action has been choreographed by Cyril Raffaelli, Parvez Sheikh, George Aguilar. 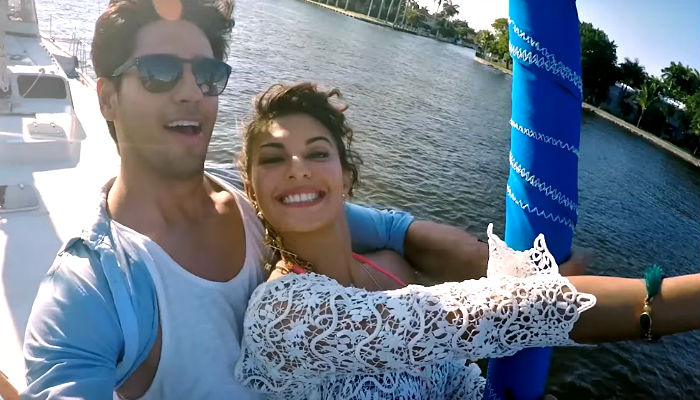 Jacqueline Fernandez and Sidharth Malhotra in A Gentleman trailer

The trailer was launched at an event in Mumbai on Monday, July 10.

Meanwhile, there is a new trend of releasing trailer as long as three minutes. Seems like the makers have a lot to offer to their audience these days and therefore, they can’t keep away from giving it all in the trailers of their films.

As is, your thoughts on the trailer?