The general elections are now less than a month away. This is when the world turns our  way, fascinated with the great “dance of democracy”. And it was only natural that our resident homeboy on Netflix, Hasan Minhaj, would dedicate an episode to it on his weekly show, Patriot Act. Addressing India’s dependence on coalitions to form a ‘stable government’ and the majority of Indian politicians battling corruption/murder charges, Minhaj tried to touch upon a bit of everything.

Here are 8 times when the show became too uncomfortably real:

Addressing the elephant in the room straightaway, Hasan Minhaj started by talking about his Muslim identity and how any of his arguments/analysis could be dismissed by purely looking at his religion. Especially, in the current circumstances where the country’s Islamophobia is hitting new heights. 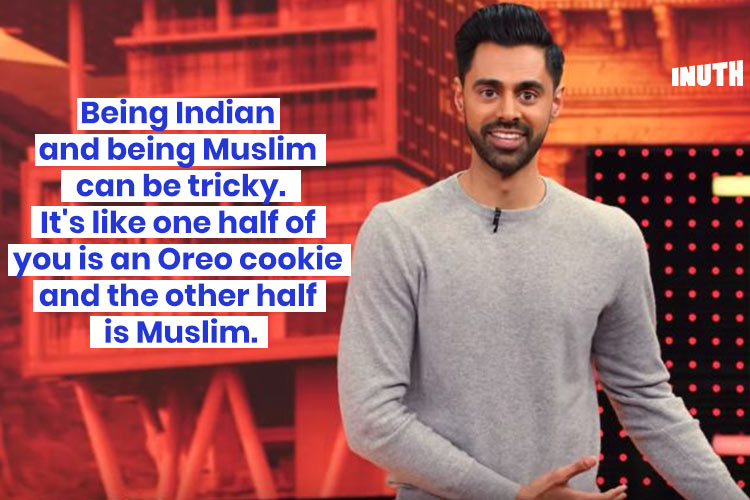 Referring to Indian administration’s claims of having killed ‘250-300’ terror operatives, Hasan Minhaj spoke about the contentious borders between, India, Kashmir and Pakistan. And how blurry maps weren’t helping anyone, not even the IAF pilots. 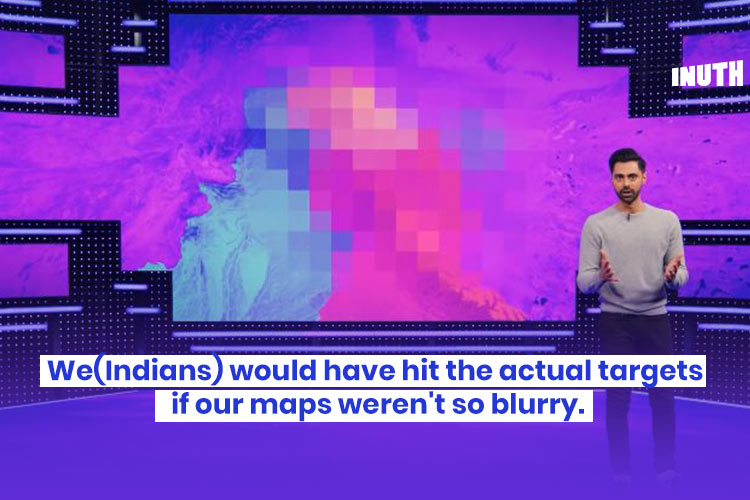 It didn’t take long for him to get to the sheer noise that is a Times NOW debate, with 8 panelist windows, all screaming at each other. 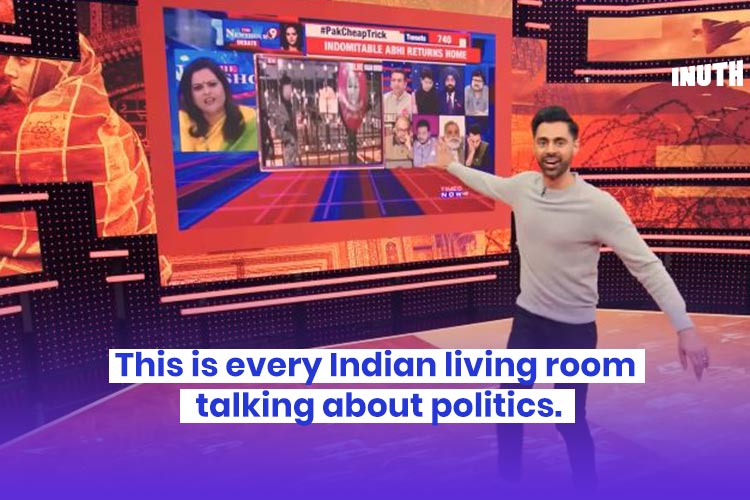 Describing Modi as a charismatic and an astute politician, Minhaj also addressed an appalling statistic, which is putting most of BJP’s “Maun-Mohan Singh jokes” to shame. 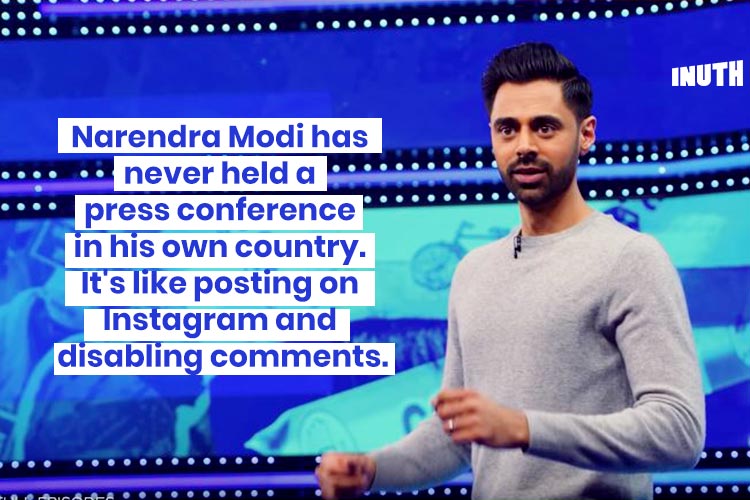 Minhaj even touched upon the ‘corrupt and weak opposition’ – the Indian National Congress, where everyone is battling a court case ranging from corruption to murder. Even Shashi Tharoor. 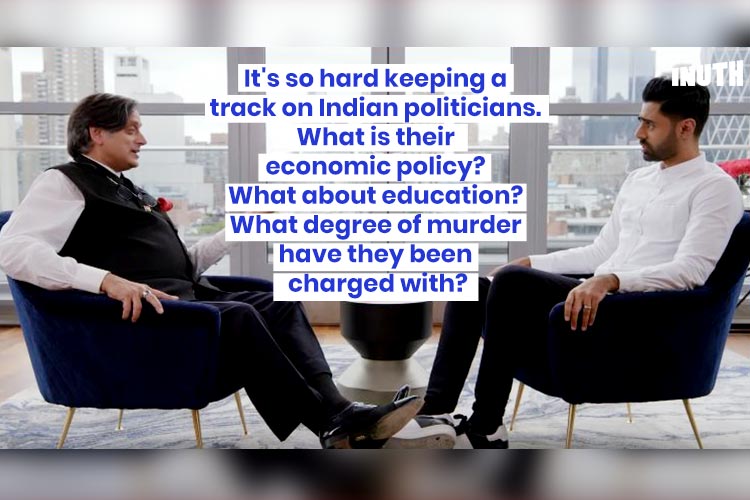 Talking about the Modi government’s demonetisation failure, he came up with this appropriately timed joke about Indian parents. 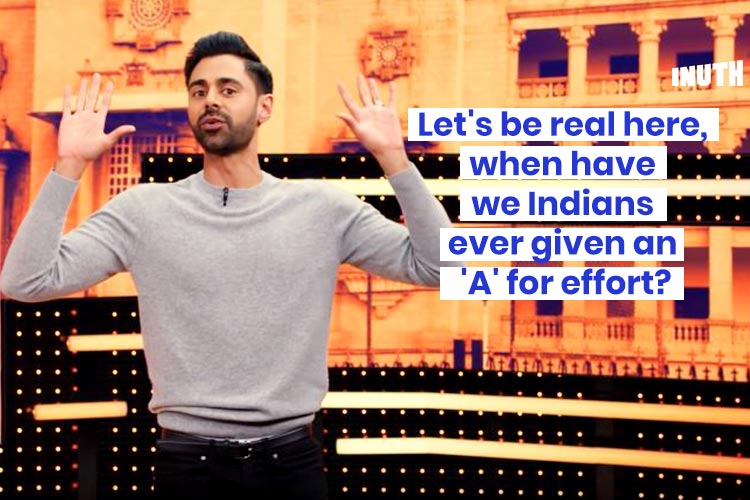 Touching upon Modi’s idea of ‘new India’ that will not shy away from ‘hitting back at its enemies’ was given this nerdy desi twist. Bragging about India’s rebuttal to the Pulwama terror attack in the most Modi fashion ever, Minhaj couldn’t help mimic the Indian PM’s charged delivery during rallies.

Concluding with how the Pulwama attack was a major agenda for the ruling party during the impending elections, Minhaj spoke about the other ways to win an election, rather than under the looming threat of nuclear warfare. After all, the chest-thumping could be directed towards the Indo-Pak cricket match at 2019 Cricket World Cup. 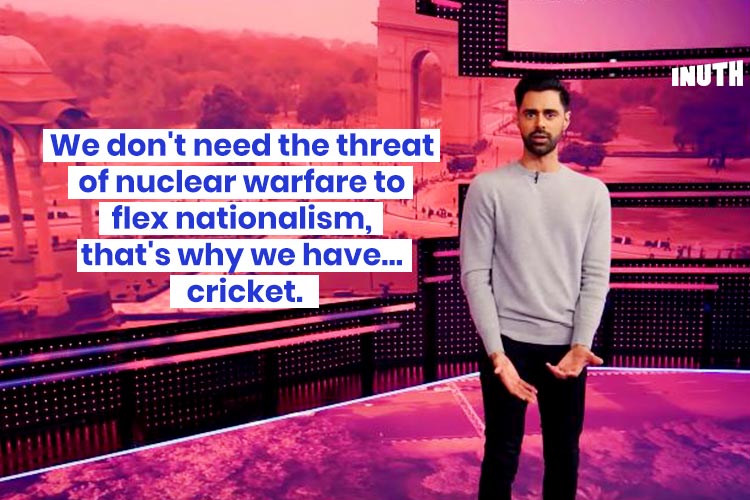 You can stream the entire Patriot Act episode on Indian Elections here: