There are a few things about Sanjay Leela Bhansali that cannot be disputed – he *loves* movies. He has incredible taste in music, which might not necessarily include an in-depth understanding of Hindustani Classical and Western Classical. But he clearly understands what Hindi film music should sound like.

Bhansali has been accused of many things over the year. That his films try to compensate for genuine melodrama with spectacle. That the pitch of his actors is so over the top, that they rarely become three-dimensional characters. He just tries to make frames beautiful, that the scenes are devoid of any depth. He’s also been accused of trying to put in those ‘European touches’ once in a while, which come across as a gimmick. While there is truth to some of it, to say that Bhansali makes ‘bad films’ would be sitting on a pedestal too high for Bollywood. 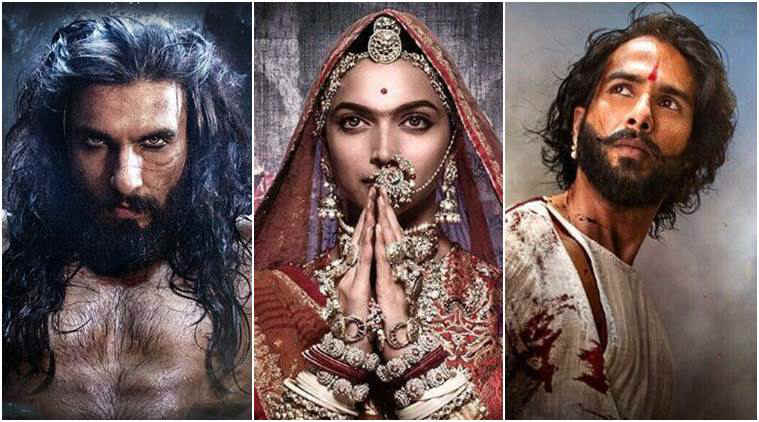 Ahead of the release of the much-awaited Padmavat, here are some of the most memorable moments from Bhansali movies:

1. Khamoshi: The Musical
The wealthy hero’s (Salman Khan) parents are visiting the modest Braganza household for lunch. Embarrassed by her husband’s (Nana Patekar) lack of table etiquette, Flavia (Seema Biswas) collects both their plates and has a mini-meltdown inside the house. When Nana Patekar’s character comes out after consoling his wife, he tries to break the tension by playing a song on the gramophone.

Unaware that the record is stuck, he keeps on dancing to it as his daughter quietly lifts the nail from the record. The lunch before this scene might be what some might call ‘exploitative’, as Bhansali overstates the family’s handicap. And even portrays the ‘rich’ in a very one-dimensional, 90s manner. But the aftermath, with which he proves to break the tension remains one of the most iconic moments in the film. Even if the overall film doesn’t quite match up that scene’s heights.

2. Hum Dil De Chuke Sanam
In a film that began Bhansali’s streak of indulgent costume and sets, it is the restraint with which he picturised the title song that made it stand out. In terms of making ‘extravagant films’, Sanjay Bhansali was just another man joining the ranks of Chopras, Barjatayas and Johars of Bollywood. But this one song where he managed to capture a mid-point between extreme happiness and death-like sadness, is what gave him a distinct voice from the rest.

Ismail Darbar’s fantastic song deserves credit too, where Aishwarya Rai’s Nandini is torn between meeting her ‘star-crossed lover’ and leaving behind a man she had grown to deeply admire. And her tentative, unsure feeling is fully captured when she’s asked to smile for a picture and her smile betrays her.

3. Devdas
If Hum Dil… was Bhansali being indulgent, then his interpretation of Devdas was indulgence on steroids. Going through a turbulent production, Bhansali made sure each and every song was literally lit AF (including a song about an earthen lamp which refuses to dowse out). But it is the climax which takes the cake in this one, with Aishwarya Rai sprinting to the gate of a mansion which could very well belong to the Sultan of Brunei.

She’s wearing a lal-paar sari at least 10 metres long trailing her. Shah Rukh Khan lies near the gate severely ill and as the gate shuts so does his breathing. It is so preposterously ‘filmy’ and loud, that it feels almost poetic in its tragedy.

4. Black
Doing his own spin on Helen Keller’s story in Miracle Worker, Bhansali made an ambitious film on a mute girl’s journey through education and life. It follows how she became self sufficient in her own life, thanks to the tireless efforts of her teacher – who coaches her through every possible circumstance of her life. For a film about a blind protagonist, it is magnificent to look at.

But there’s not much ‘unlikeable’ about Bhansali’s two leads. And yet when the girl asks her significantly-older teacher to kiss her, it makes for a poignant watch. The scene captures how badly she wants to experience love. Underneath the painstaking set design and the delicate makeup, was this very honest moment, which perhaps, could have been handled with a less manipulative score.

5. Saawariya
An ambitious tribute to Raj Kapoor, Bhansali’s ‘blue film’ was unfairly shot down in my opinion. It is far from a ‘good film’, and yet I was somewhat floored with the director’s go-for-broke commitment to his adaptation of Dostoyevsky’s White Nights.

And we got a peek at the throbbing heart of this tribute when he recreated the iconic RK Films pose with Ranbir Kapoor and Sonam Kapoor. Bhansali has forever been charmed by incomplete romances, and over here even as he crashed and burned because of it – he still made a magnificent spectacle of it. 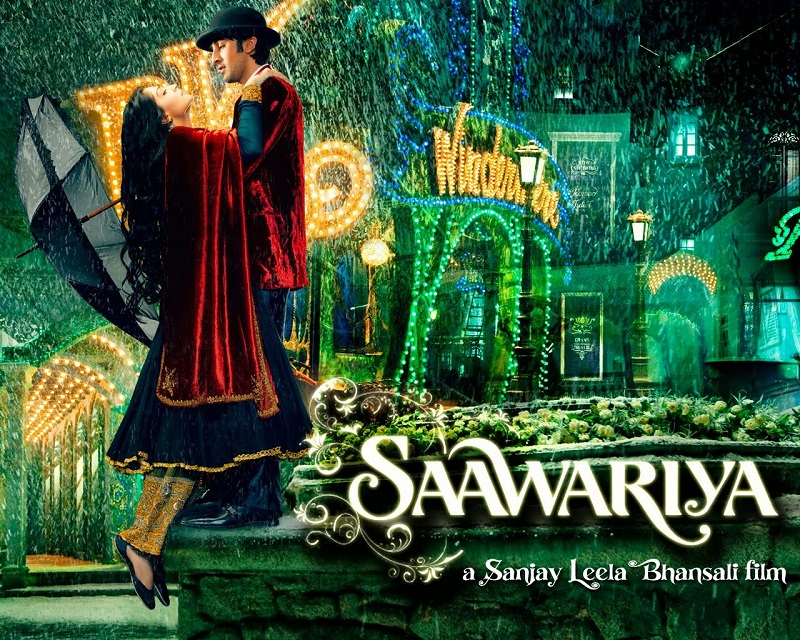 6. Guzaarish
Another flawed film overstuffed with Bhansali’s idea of Goa – which was somewhat closer to a rural European town. And even in the midst of all this manipulative talk about ‘celebrating life’ by a guy wanting to be euthanised, was Aishwarya Rai’s solid performance. And her part comes alive in the song Udi Teri Aankhon when she cuts loose and has a great time.

It’s important to see this from the perspective of a stoic nurse tending to her quadriplegic patient, and also an actor who has never been known to be the most expressive. During the song, both Aishwarya Rai and Sophia D’Souza break free in front of the public eye without a hint of self consciousness.

7. Goliyon Ki Raasleela: Ram-Leela
Yet another adaptation of Romeo-Juliet, the film comes completely undone in its third act. It positioned two fiercely passionate characters as ‘star-crossed lovers’ and really played off on the actors’ formidable presence. However right before the mess that was the third act, the director managed to serve up a fantastic exchange between the two ‘warring families’.

Drinking at the same place, it has a playful beginning with guns from both sides exhibiting their stellar marksmanship. It begins with shooting bottles, and then gradually escalates. This one scene fully captures the mercurial setting for the lovers, to its full potential.

8. Bajirao Mastani
Bhansali’s last film, which could very well be called the stepping stone for Padmaavat, had the director exercising all his clout to blind his audience. If you thought his films were a spectacle before this, he went to the next level with the help of CGI. However, that didn’t mean that he would steer away from K Asif’s painstaking set-design, and that was most visible during the song Deewani Mastani.

The instrument (possibly a mandolin) in spite of its uselessness in Deepika’s hands, just makes the frame aesthetically beautiful. So much so that you just get over the ethereal beauty on display and come to admire a single man’s uncompromising vision for a film.

It might be easy to slot him as an indulgent OTT-type director, but the truth is that few have the required drive to execute a spectacle like he does. Even if some might find it superficial and empty.

Sanjay Leela Bhansali is not Bollywood’s best director. But is he a dreamer? Yes. Does he deliver spectacles like no one else? Quite possibly. And from whatever little bits of Padmaavat we’ve seen, the director may have mounted his biggest spectacle yet.