In an age where a publication’s top story is determined by key words, trends, hashtags and their increasingly-visible ideological leanings – there are always important stories that are missed out or under-reported.

The stories which might not make for exciting headlines, but which matter slightly more than who attended #Virushka’s engagement party in Mumbai.

ALSO READ: Why the makers of ‘Mohalla Assi’ have filed a petition against CBFC chief, Prasoon Joshi

Here’s a list of 8 stories that, in our opinion, should have been covered more extensively in 2017 about Bollywood:

1. The Cinematograph Act, 1952
Pahlaj Nihalani and then Prasoon Joshi. The CBFC. The many controversies. The many films awaiting clearance citing bizarre reasons, the many directors questioning their right to freedom of expression. Censorship has been a huge issue for Bollywood in 2017, like in the recent years. But the questions on the country’s outdated Cinematograph Act have been limited. 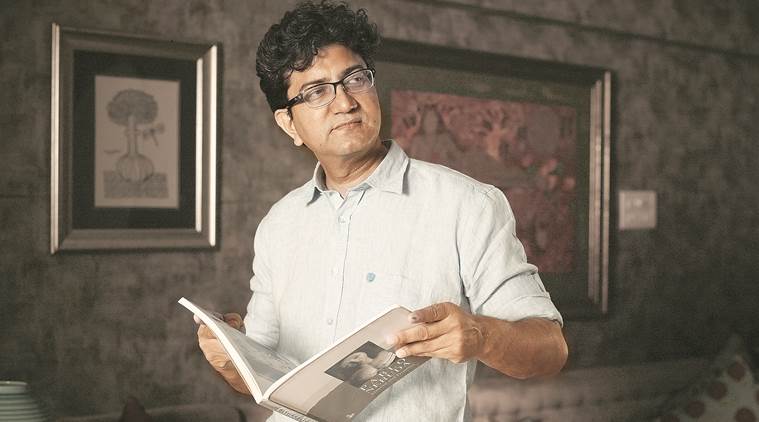 What happened to the report submitted by the panel headed by Shyam Benegal? Have any of the recommendations been applied? Will the government continue to hold films hostage, which don’t adhere to the establishment’s strict values? Are we living in the world’s largest democracy or North Korea?

2. The soaring ambition of Rangoon and Jagga Jasoos
As we draw the curtains on 2017, the punditz of the Bollywood trade have announced their verdict on Vishal Bhardwaj’s Rangoon and Anurag Basu’s Jagga Jasoos, by writing ‘flop’ in bright red ink. However, it is absolutely necessary for the audience (in spite of the convoluted films) to laud the ambition of both the films. 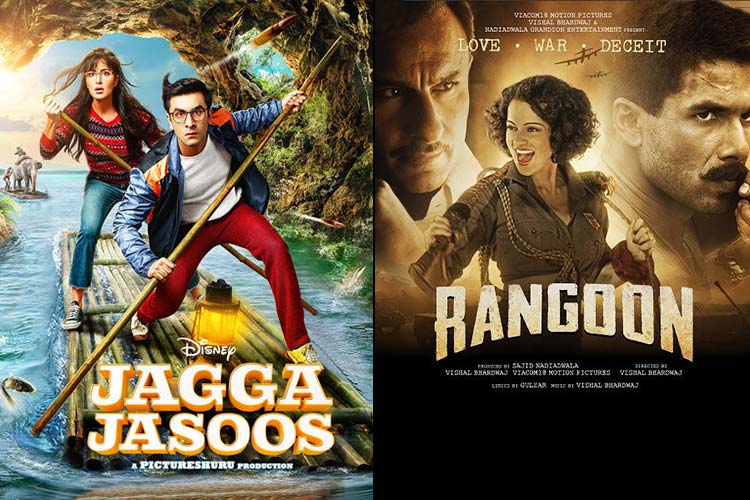 There has been plenty of talk about how Rangoon is Bhardwaj’s Bombay Velvet and how Ranbir Kapoor will NEVER produce a film again – but for once, let’s look at the qualitative aspects of the film. Beautifully shot, nicely acted with soundtracks complimenting the film’s generous scale – these films cannot become bad words for the industry.

3. 2017 was one of the most political years for films in recent years

Vinay Shukla & Khushboo Ranka’s An Insignificant Man gave us that rare peek into the machinations of a political party and the bearings of a democracy like India, not before fighting the Censor board for nearly a year. Similarly with the Rohith Vemula documentary, The Unbreable Being of Lightness, and the one on JNU protests March March March, which were stayed for over a year, finally released in 2017. Kamal Swaroop’s Battle for Benaras (which documents Narendra Modi and Arvind Kejriwal facing off in the 2014 elections) still hasn’t been cleared, while his second film on the Pushkar cattle fair has been asked to monitor its content. 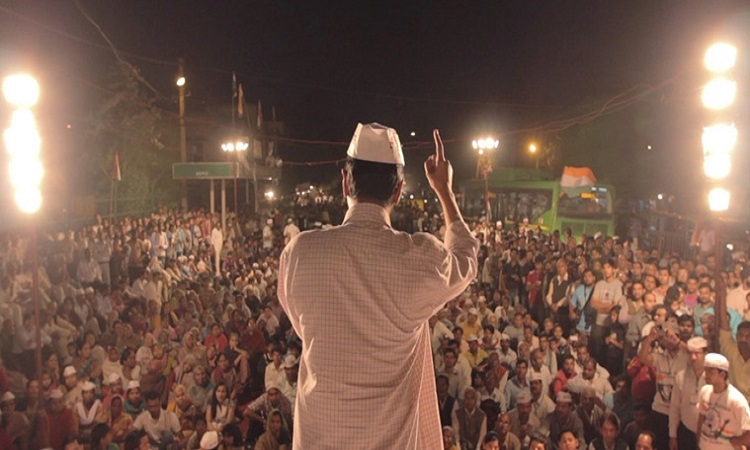 The jury may be out on how many of these political documentaries will see the light of the day, but it’s great news that 2017 has really put the spotlight on the people behind these films.

4. Shah Rukh Khan’s failure to launch (again) as an actor
2017 was supposed to be the year when Shah Rukh Khan reinvented himself as the ‘thinking actor’. Working with directors with plenty of ‘indie cred’ like Rahul Dholakia, Imtiaz Ali, this was the year when we were supposed to see the Shah Rukh of Swades or Chak De India! make a comeback and floor us with his performances. 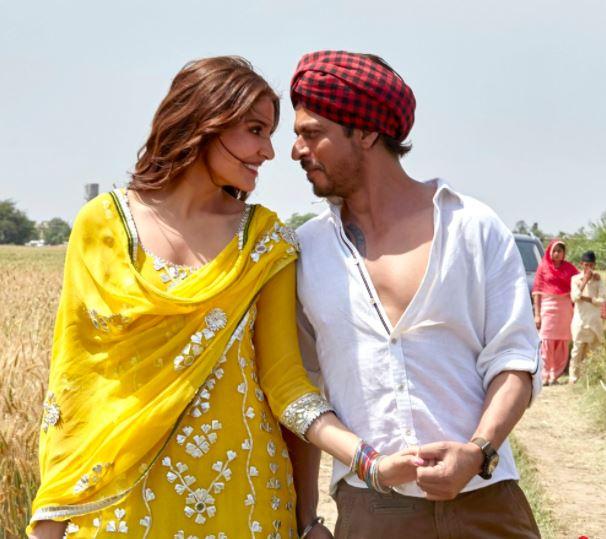 However, both films got less than favourable reception owing to Baadshah’s overwhelming ‘presence’ (not the best thing) blinding the film’s characters. Unfortunately, neither Mohan Bhargava nor Kabir Khan came to the fore in either of the roles. 2017 is a year Shah Rukh Khan fans would clearly want to forget.

5. When gender conversation officially pierced its way into mainstream Bollywood
Alankrita Srivastav’s Lipstick Under My Burkha might be a far from the best film of 2017, but it was finally something that gave Bollywood the much-needed female narrative. And with the film’s pre-release interviews, began a conversation around gender in our films. 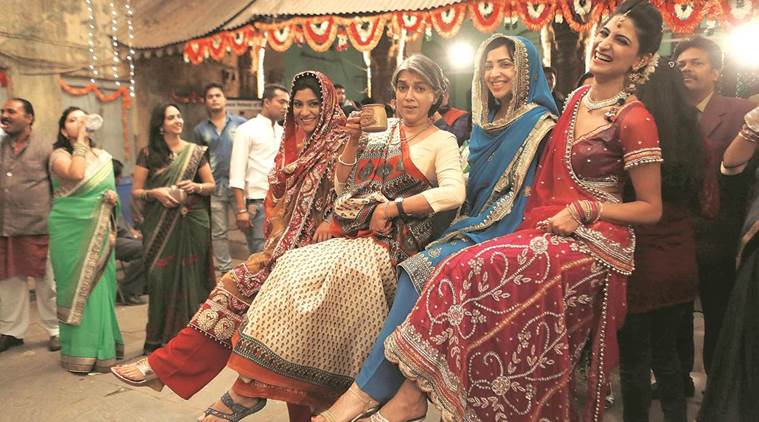 Closely on heels of last year’s Pink, there was suddenly space for the woman’s side of the story. The misogyny in the ‘big-budget entertainers’ like Judwaa 2 might continue to exist, but in a post-2017 era you can be rest assured that eyes will be rolled, and actors will be denounced for participating in regressive films. 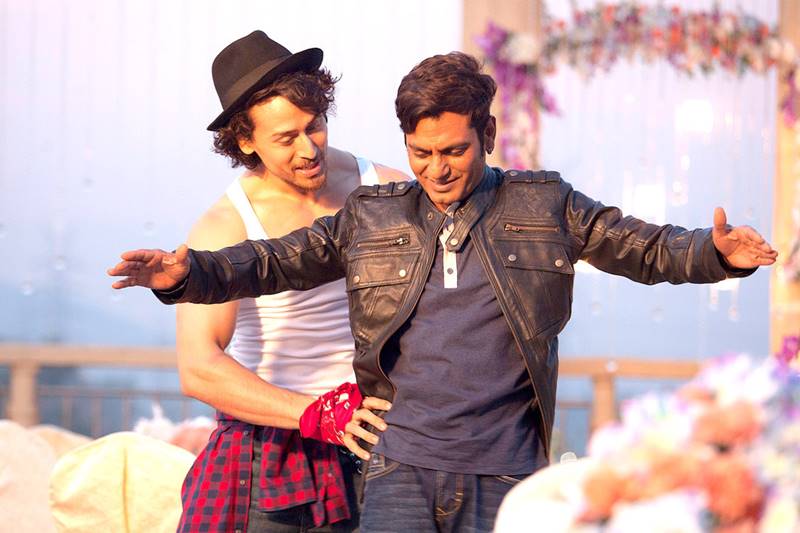 In 2017, Nawazuddin added some (but not much) credibility to a Tiger Shroff-movie (Munna Michael) and played a worthy adversary to Shah Rukh Khan in Raees. And at the same time, continued to roll out films like Haraamkhor, Monsoon Shootout and Babumoshai Bandookbaaz. He will soon be seen Nandita Das’s Manto and in next year’s Thackeray. It will be interesting to see, how much of his purity as an actor remains as Nawazuddin’s stardom grows in the coming years.

7. The year of Vikrant Massey?
2017 has been overwhelmingly called the year of Rajkummar Rao. Starring in films like Trapped, Bareilly Ki Barfi and Newton, the actor won plenty of acclaim for his diverse range of roles. But Vikrant Massey’s portrayal of Shutu in A Death In The Gunj definitely comes under the top two performances for me. Be it raising questions about masculinity or dealing with grief, Massey’s performance was exemplary. Massey also starred in Lipstick in a diametrically-opposite extrovert character, along with adding credibility (not so much) to a film like Half Girlfriend. 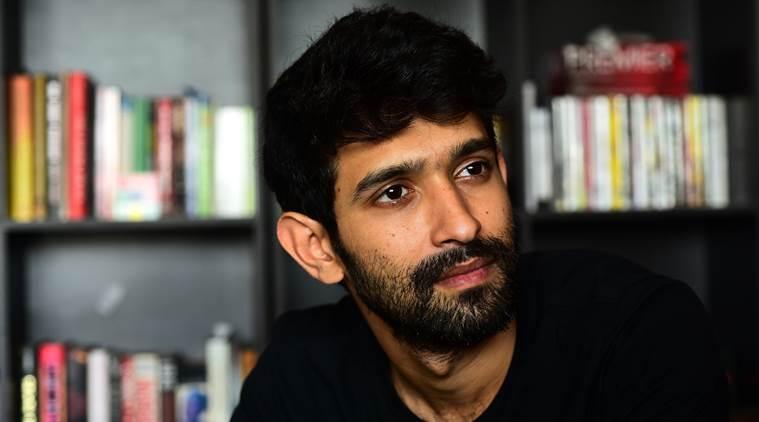 8. When Bollywood sat back and marvelled at regional cinema
In Baahubali: The Conclusion which released in April this year, the audience gapes at the leading man as he ascends to the throne. In a year where Bollywood made crime dramas like Kaabil and Sarkar 3, came Lijo Jose Pellisery’s Angamaly Diaries which reinvented the genre for India, like Satya did in the 90s. And finally, Dulquer Salman’s stardom finally reaching the shores of Mumbai means that Bollywood is finally sitting back and marvelling at the muscle of regional cinema. 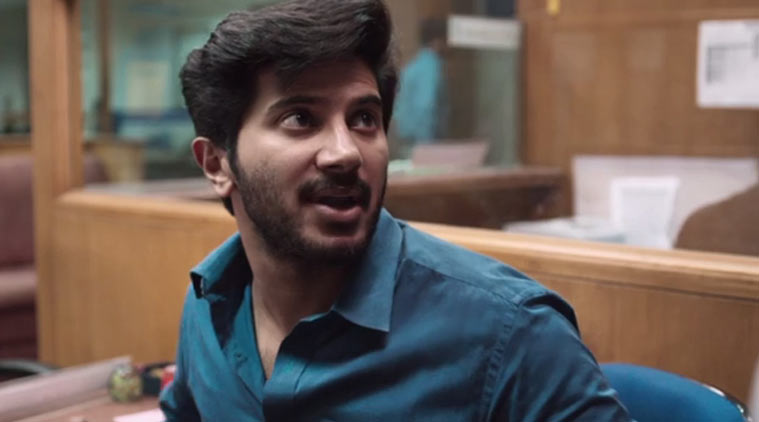 Will 2018 be a year worth looking forward to? Will things get better with the CBFC or will the filmmakers continue to be troubled? Will Padmavati finally release? There are a lot of questions, and a lot of things we need to paying attention to.