He seems like a nice guy, Abhishek Bachchan. Despite being the son of (arguably) India’s biggest superstar, he manages to come across as a person with a good head on his shoulders. He also manages to walk the tight line of being grateful for his surname and being irreverent about it, with equal elan.

His Bollywood career may not have panned out the way he wanted it to, but Junior B has this incredible knack of being around without making a big deal about it.

While his peer Hrithik Roshan hogged all the drama (both on and off screen), Abhishek, time and again proved that he is the guy you need to call when life hands you pakoras.

We bring to you five instances where Abhishek Bachchan was a complete gangsta in his own inimitable way :

Yes, you heard that right.

His interpretation of the Bihari henchman Lallan Singh was all about raw sexuality. Bachchan managed to hold his own in an ensemble cast comprising Om Puri, Vijay Raaz and Rani Mukerji. Abhishek’s Lallan Singh was a revelation simply because the actor, so far, had played urbane, suave characters with varying degrees of failure. No one expected Junior B to stand out in a film starring Ajay Devgn and Vivek Oberoi.

But boy, did he deliver. 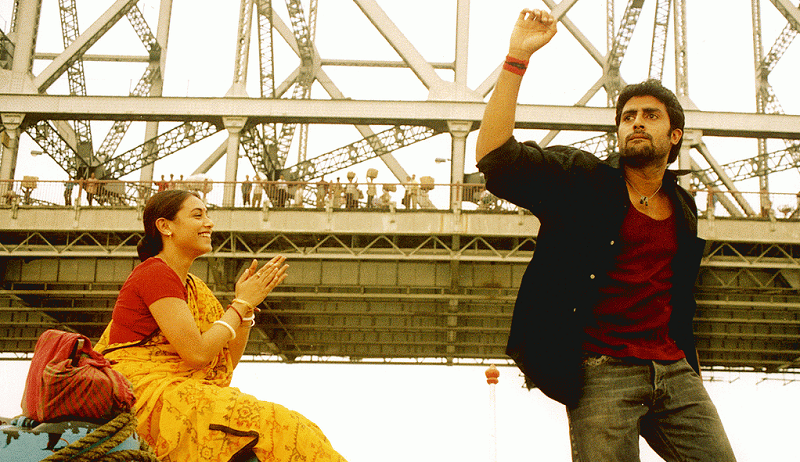 2. Rejecting the six-pack club
What does it take to be an Abhishek Bachchan in an industry full of John Abrahams and Hrithik Roshan. A lot. Abhishek Bachchan was probably the only actor of his generation to reject the six-pack trend. Instead, he became a different kind of cool- as Bollywood’s in-house rapper through Bluffmaster.

3. Sculpting an actor out of himself  in Antarmahal
Shortly after the acclaim he got from Yuva, he was cast as a young sculptor in Rituparno Ghosh’s Antarmahal. This was a big risk for him at the time for all his contemporaries, like Hrithik Roshan and John Abraham, were establishing themselves as mainstream action heroes. As the taciturn potter brought into a zamindar’s mansion to sculpt a Durga idol, Abhishek was all about quiet grace. Rituparno Ghosh used Abhishek emote through his eyes and the actor didn’t disappoint.

4. Dealing with trolls
Ever since, the word nepotism entered the every day parlance of Bollywood, he’s been at the recieving end for his popular surname. Twitter can be truly vicious when it wants to – and AB Jr seems to have more or less taken the high road each time. He doesn’t use silence as a weapon like his wife to deal with his ‘mentions’, but he also doesn’t lose grace while responding to foul-mouthed Twitterati who don’t fail to remind him of his out-of-work actor days. 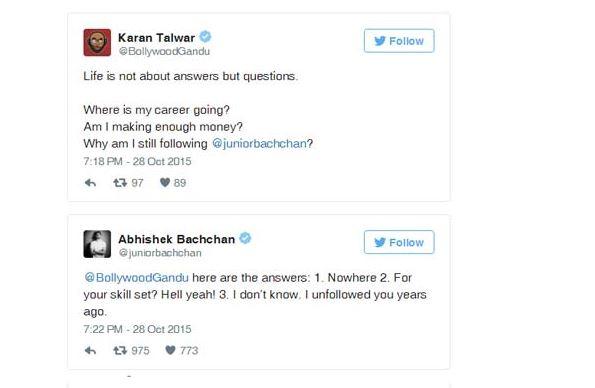 His next project is Anurag Kashyap’s Manmarziyaan, where he will share space with Tapsee Pannu and Vicky Kaushal. The film being produced by Aanand L Rai, will be an interesting film to watch out for considering that Kashyap has just delivered Mukkabaaz.

Another beautiful journey is about to begin….. I clearly look the MOST excited ! pic.twitter.com/coK0JIdMGk

As Bachchan turns 42, this might just be the year when the world realises his untapped potential as an actor. Happy birthday AB Jr!