According to a senior entertainment journalist, actress Aishwarya Rai Bachchan has stated that she’s ready to work with Salman Khan provided both the director and the script are ‘extraordinary’. The couple had an ugly fall out in early 2000 following which the actress even slapped serious legal notices against the actor.

Post that, the two never came on board for any film. Neither were they seen sharing any screen space even lie how Kareena Kapoor and Shahid Kapoor did in Udta Punjab (they never came together but were in the same film). So much so was the bitterness that both of them have been avoiding crossing each other’s paths at various award functions and other big events.

However, while this news comes like a fresh wave of air for the fans of this hit Hum Dil De Chuke Sanam pair, it will not be easy to bring them together for just any other director in the industry. As Aishwarya said, there indeed needs to be a terrific storyline and a good director.

So here’s the list of the directors we think can pull off this epic on screen couple in a film:

1. Sooraj Barjatya
He’s all about grandeur. Who else than Barjatya to portray everything from emotions, romance, values to chemistry on a larger-than-life scale? We all love it whenever Prem is back onscreen.

2. Sanjay Leela Bhansali
Hum Dil De Chuke Sanam is still fresh in our heads. And the level of chemistry between Salman and Aishwarya in their new film has to be at par with what the couple had in HDDCS. Also, this time, we can’t let any Ajay Devgn steal our lady from the man.

3. Aditya Chopra
If it’s going to be a love story, we know who’s the best in the industry. YRF is the banner who has created Silsilas of epic romantic films. Shouldn’t it be the first expected one to justify Salman-Aishwarya’s romance on screen? 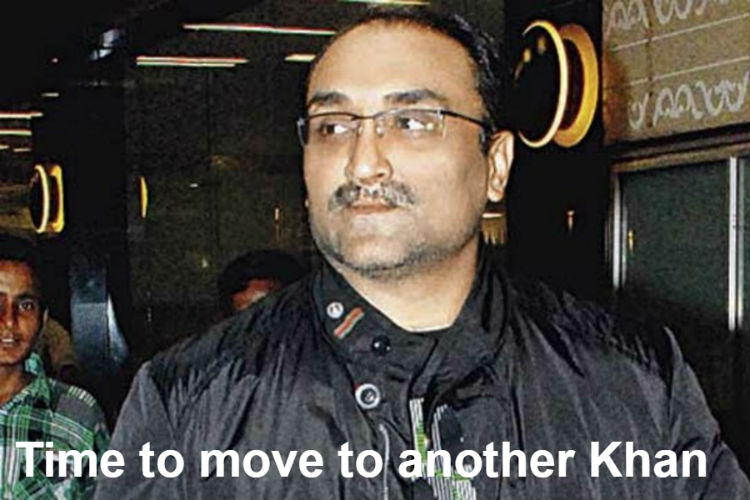 4. Kabir Khan
He’s innovative, and has a fearless way of storytelling. Salman-Aishwarya are sure to bring never-seen-before characters on screen if it’s a Kabir Khan film. Plus, who can doubt the success ratio of the Khan duo!

5. Karan Johar
World is waiting for Karan Johar to cast Salman in his film. Aishwarya and he already gels well. Doesn’t a film directed by Karan Johar featuring Aishwarya Rai and Salman Khan in the lead speak volume for its success already?

Which other filmmaker do you think can do justice with the sparkling pair of Salman and Aishwarya in a Bollywood film?