The year was 2003. The air was heavy with Sonu Nigam’s yodeling ( Kal Ho Na Ho had released that year). The gutkha-stained walls of Hatibagan tram depot didn’t seem that incredulous waiting spot for the the next show of the Aishwarya Rai-starrer Chokher Bali. Kolkata was decidedly squalid those days. Mitra, the cavernous north Kolkata theatre which walked the thing line between being the seat of the Bengali genteel on some Fridays and a rowdy Bollywood cinemahouse on others, was playing safe that week. 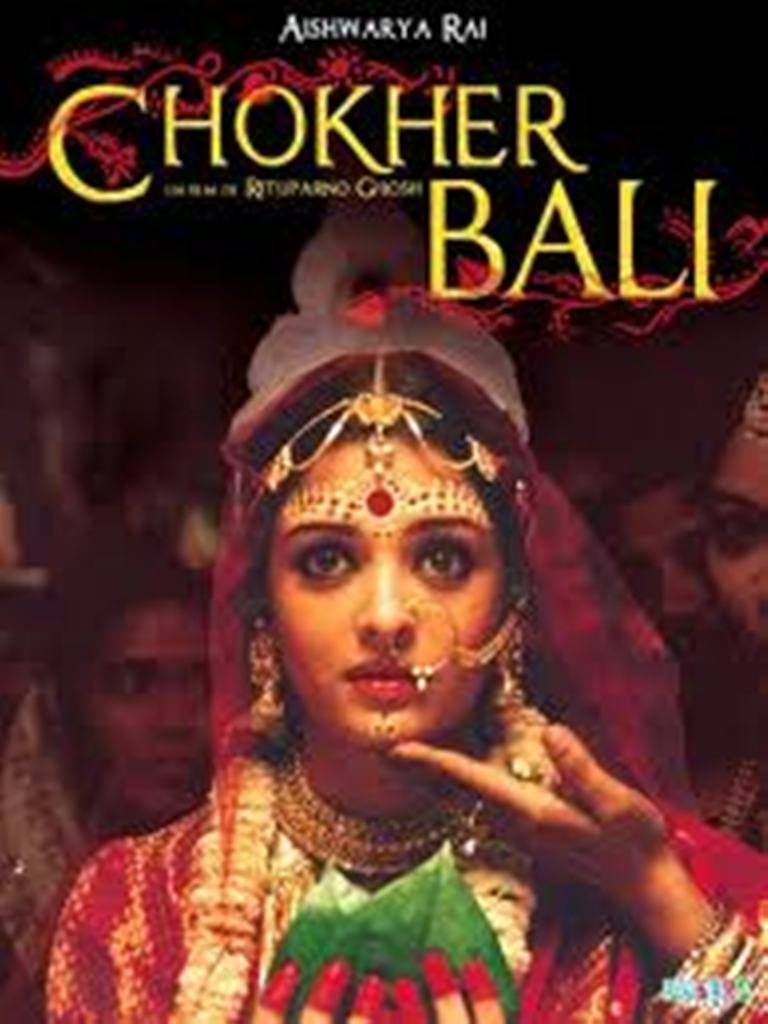 Aishwarya Rai, in all Bengali-bride splendour, peered from between two betel leaves in the painted hoardings of the film. Except that the artist widened Rai’s eyes a little too much. Now we had a perpetually startled Aishwarya presiding over the heart of Kolkata. Even with such distractions, the Bengali eye couldn’t miss the “Feluda ashche” (Feluda is coming) posters plastered all around the city. A black poster with Feluda written on it in the Bengali alphabet, announcing the release of the Feluda film, Bombaiyer Bombete. Underneath, a statutory warning- A film by Sandip Ray.  “Jholabe!”(It will be a drag), said the man standing next to me in between puffs of a biri. 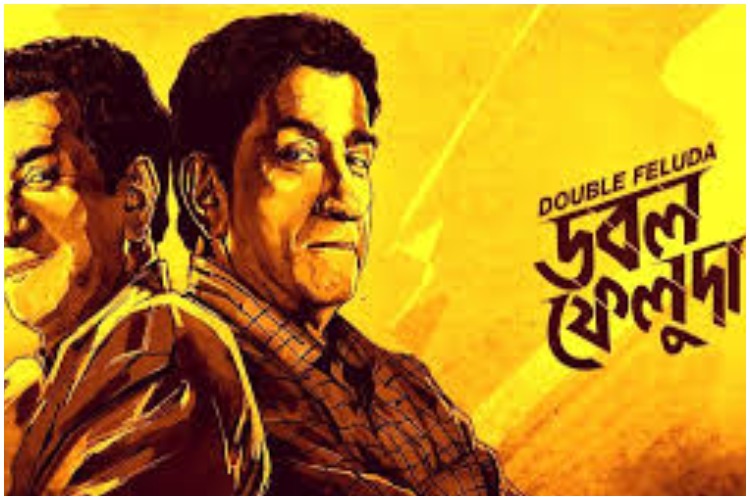 Feluda, for the uninitiated (or awbangalis, as we Bongs call them), is a cult literary figure created by Satyajit Ray in the 1960s. The charminar-smoking sleuth teleported straight from the pages children’s magazine to the Bengali collective consciousness, thanks primarily to two highly-successful screen-adaptations, Sonar Kella (1974) and Joi Baba Felunath (1979).

Both these films were directed by the Maestro himself. After Joi Baba Felunath, Ray stopped making Feluda films primarily because he couldn’t “think of making Feluda films” after the death of Santosh Dutta, one of the lead players. Thereafter, his son took over the franchise. His first Feluda adaptation was for television, Kissa Kathmandu Ka (1986) which was not a patch on the previous Feluda films but was saved by a good screenplay by Satyajit Ray.

Eventually, after Satyajit Ray died in 1991, Sandip Ray tried adapting Feluda for screen a number times with varying degrees of failure.
When the much-awaited Bombaiyer Bombetey released in December that year and the biri man’s prophecy came true. It was an unmitigated disaster. A detective film that played out like an episode of Doordarshan’s Krishi Darshan, Bomabaiyer Bombetey was, cinematically, a travesty in the name of the Satyajit Ray original films. Since then, Sandip Ray made about half-a-dozen Feluda films, each more insipid than the other. It’s as if he has managed to murder Feluda for Bengalis with the dogged determination of a ruthless serial killer. Really, he shows no mercy at all. Every nuance of the text is trampled upon, every twist is to be ironed out. Sandip Ray, more than any filmmaker I know, has the ability to bleach a frame of any character.

Which is why, earlier this month, when Sandip Ray announced his decision to adapt another of Ray’s iconic literary heroes, Professor Shonku for the screen, a part of me churned in protest. You see, as many Ray loyalists will point out, the fantastic world of Professor Shonku, the polyglot from Giridih, is way more esoteric than that of Feluda. Shonku, is quintessential Bengali academic, who visits many science conferences around the world, or goes out for scientific expeditions, where he gets caught up in mysterious dealings and crimes. 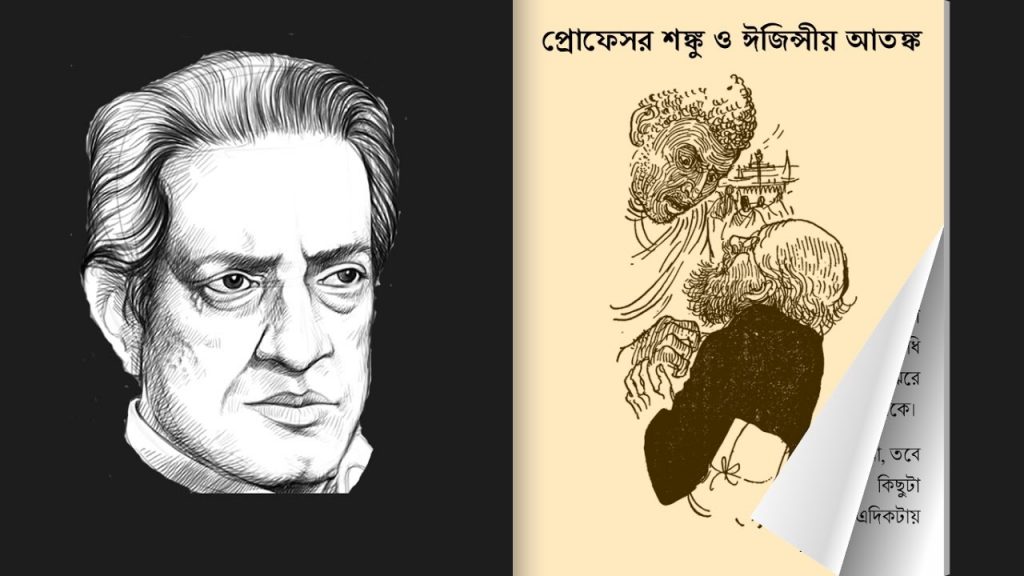 Unlike Feluda stories, which also depended on good old elbow grease and convenient plot twists, Shonku demanded something more out of its readers. It urged generations of Bengalis to push the limits of their imagination. In fact, many Shonku fans believe that JK Rowling was inspired by the mythology of the series when she created Harry Potter.
In other words, you don’t mess with Professor Shonku. 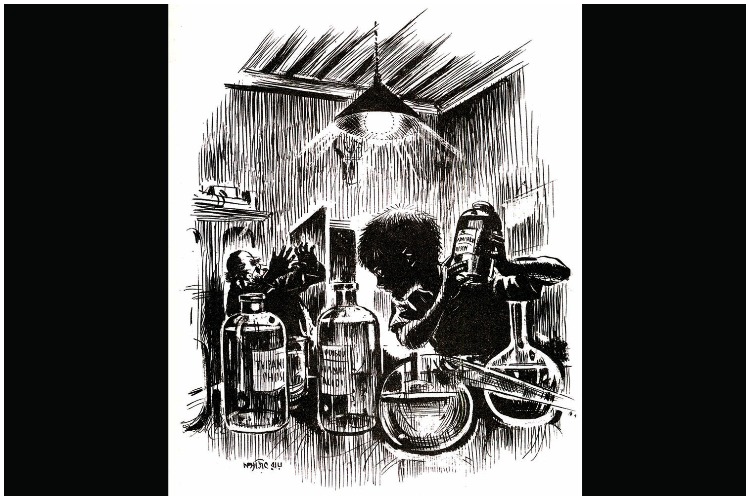 And Sandip Ray will do exactly that. No matter how well-intentioned this move is, we know that Ray Jr will get his grubby hands all over it and destroy some of the most precious memories of our childhood. His Professor Shonku might end up being a monster we won’t be able to recognise.

Look at how he treated Prodesh Mitter or Feluda in his films. In the two Satyajit Ray films, Sonar Kella (1974) and Joi Baba Felunath (1979), the role is essayed by thespian Soumitra Chatterjee, who was also Ray’s long-time collaborator. Chatterjee’s Feluda, who was supposed to be in his 30s, is definitely not youthful. But there is a limber air about him. His body language swings from assured (Joi Baba Felunath, first part of the Meganlal Meghraj confrontation scene) to tentative (later part of that very scene), within the span of a few minutes. Ray doesn’t stop shy from making his hero vulnerable. He also layers Feluda with a hint of sexual menace.

Sabyasachi Chakraborty, who plays Feluda in most of Sandip Ray adaptations, is completely flat in comparison. There is nothing lithe about his Feluda. His Feluda is an ageing man in a make-believe world. He never seems to be considering the mystery he is confronted with, he seems to be just a player mouthing his lines. Like all other characters in Sandip Ray films.
If even the most simple stories grew their own wings in the nurturing hands of Satyajit Ray, the exact opposite happened in case of his son.
We don’t want that fate for our beloved Professor Shonku. Please spare us that tragedy Mr Ray.