Voting turnout of 61 % registered till 5 pm during the fourth phase of Uttar Pradesh assembly election. Polling went peaceful in most of the areas, however, locals in Fatehpur’s Khera boycotted polling over developmental issues. As the per the election commission, the voting percentage is expected to increase to 63% once the overall counting gets finished.

About 1.84 crore voter, of these around one crore are male voters, will use their franchise as the voting in 53 assembly constituencies in the fourth phase of Uttar Pradesh elections began. The polling began at 7 am on February 23. There is tight contest between the Samajwadi Party (SP)-Congress alliance, Bharatiya Janata Party (BJP) and the Bahujan Samaj Party (BSP). There are a total of 680 candidates in the fray in the fourth phase, of which 61 are women.

5:07 PM: Polling for the fourth phase of UP assembly election ends

Polling time for the 4th phase of #UPPolls2017 ends. pic.twitter.com/PGq2wit5Q6

Voting percentage till 11 am in fourth phase of #uppolls2017 pic.twitter.com/kiQAIf6L9c

11:39 AM: A group giving flowers to voters in Rae Bareli

10:57 AM: Governor of West Bengal, Keshari Nath Tripathi casts his vote in Allahabad.

9:59 AM: Senior citizens during polling in UP

Voting percentage till 9 am in fourth phase of #uppolls2017 pic.twitter.com/MkvrJ53cCv

9: 30 AM: UP BJP Chief Keshav Prasad Maurya casts his vote in Allahabad

9: 00 AM: Congress candidate from Raebareli Sadar Aditi Singh after casting her vote. She is up against BSP’s Mohd Shahbaz and BJP’s Anita Srivastava

8: 50 AM: Union Minister Sadhvi Niranjan Jyoti after casting her vote in Hamirpur

8: 20 AM: Voting has still not started in booth no 481 in Jalaun as the EVM machine is not working

7: 35 AM: Jhansi: People after casting their vote in Hafiz Siddique National Inter College 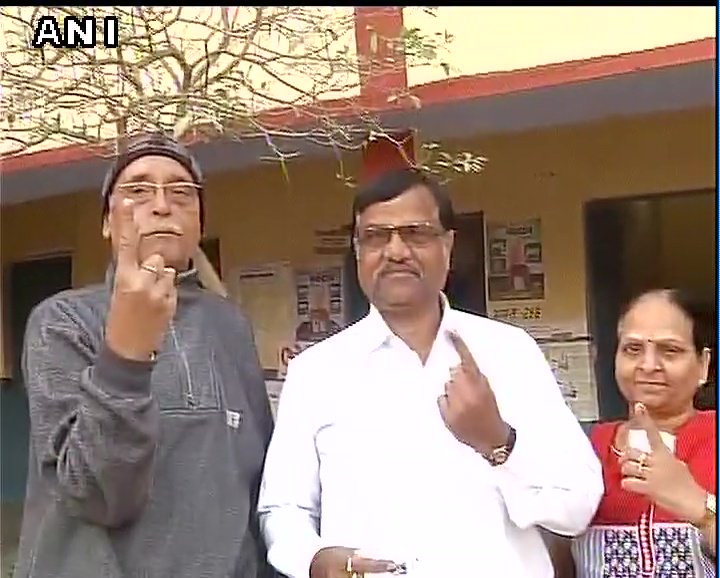 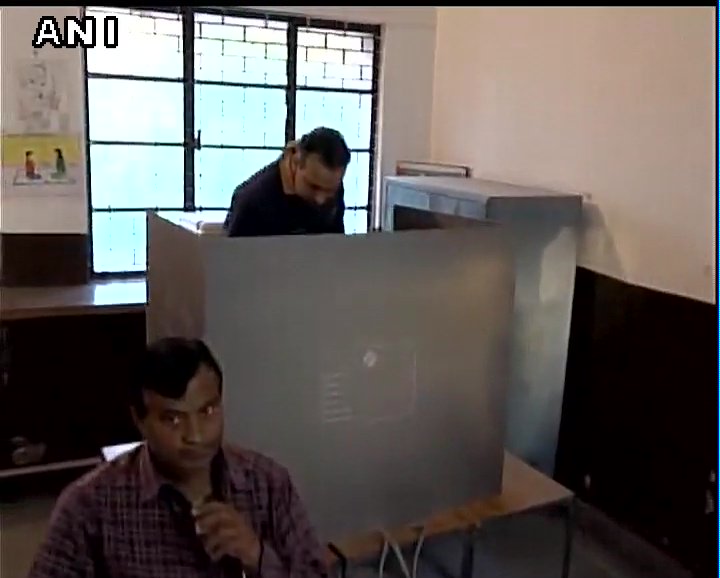