What should have been a prominent agenda for Uttar Pradesh Assembly polls, still remains a ‘non-issue’ for political parties. Fluttering flags of various parties and campaign vans highlighting the ‘work’ done by the parties and their candidates may give an impression of normalcy in Gorakhpur and eastern UP, but it also makes one oblivious to the lurking death in the form of the killer encephalitis.

An inflammatory disease of the brain caused by a number of bacteria, viruses or fungi spreads in unhygienic conditions and contaminated drinking water. All political parties talk about the development of eastern UP through good roads, industries, and proper electricity supply, but none of them promise to work hard towards tackling the problem of encephalitis, which has claimed the lives of thousands of children since 1978 and still continues to take its toll.

“It is quite unfortunate that no political party pays any heed towards this disease. If children keep dying like this, who will witness the development of UP?” asks Dr VK Srivastava of Baba Raghav Das Medical College.

While the entire country is waiting for UP election results, people in Gorakhpur and nearby regions are bracing themselves for a looming crisis. 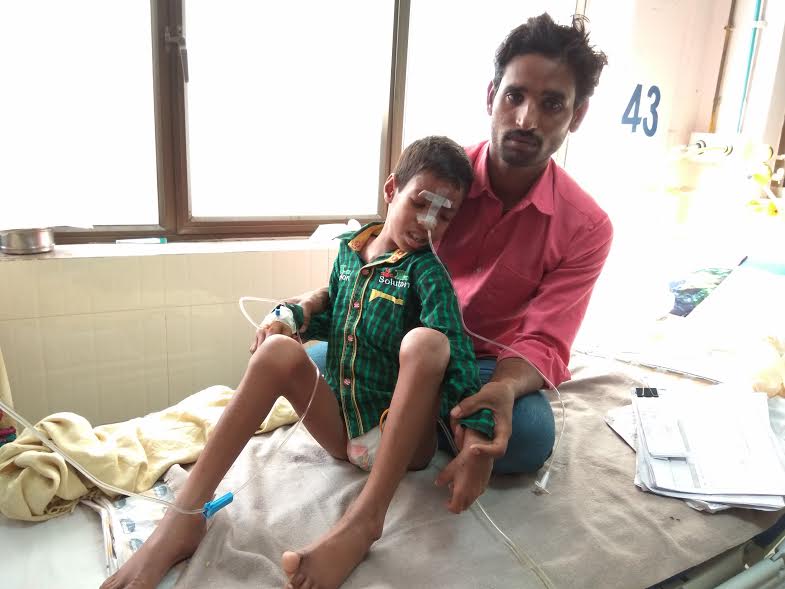 According to sources in the medical college, the disease has claimed at least 50,000 lives since 1978 and there is no end to the problem in sight. What is more worrying is that officials admit that the figure could be much more as several deaths in Primary Health Centres (PHCs) and villages often go unnoticed.

“In the peak monsoon, this disease takes more than a 1000 lives every year. With a problem of this magnitude, public health and hygiene should have been one of the major talking points in this election,” says Naveen Ranjan, a local businessman who had come here to visit a patient.

“Every year, a thousand kids die from encephalitis but the gravity of the situation has still not sunk in. Political parties are busy wooing the voters on the lines of caste and religion. Nobody is talking about this. It should have been a part of all the manifestos, but sadly this disease is only given importance when people start dying,” said a resident doctor, while speaking to InUth. 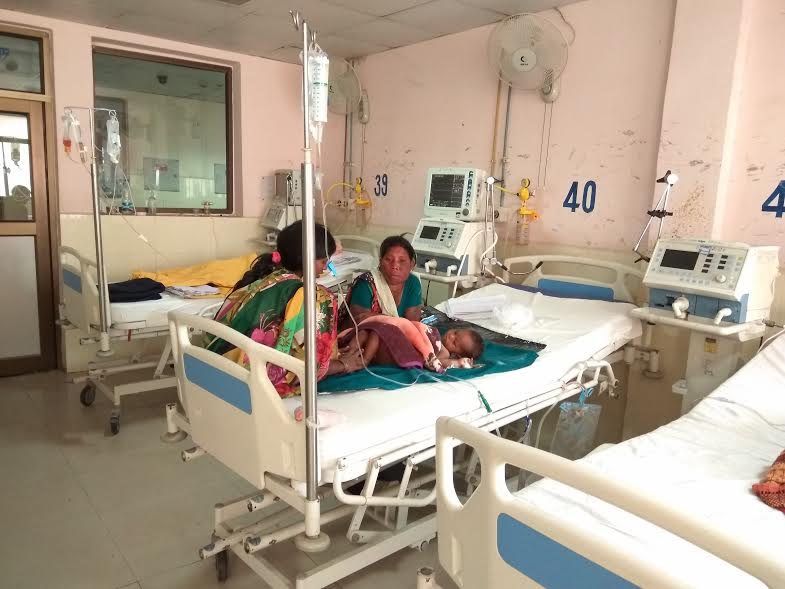 Though Prime Minister Narendra Modi laid the foundation stone of All India Institute of Medical Sciences (AIIMS) back in 2016, the people here feel that by building an AIIMS alone, the problem of the fatal disease cannot be solved.

“Encephalitis in not limited to Gorakhpur only. People from eastern UP and some parts of Bihar visit the city for treatment. If they get proper healthcare facilities in far-off districts and the symptoms of encephalitis are detected early, then the mortality rate will reduce instantly. If healthcare facility in small towns is not improved, then even AIIMS won’t be able to reduce the mortality rate of children here,” said a doctor on the condition of anonymity.

“To tackle this fatal disease, we will have to manage it at an early stage, and that can only be done if people get treated near their village or town, instead of wasting the crucial time of treatment, while bringing the patient to Gorakhpur,” he added.

“Children are not voters and maybe this is the reason why their interest has been overlooked by all the political leaders. We see children dying of encephalitis every few hours in the peak season, but we are helpless and cannot do anything to save them,” said Naresh Singh, who sells tea near the medical college.

“Though the state government has also not done much, it has at least provided full free treatment to the patients suffering from the disease,” he added. 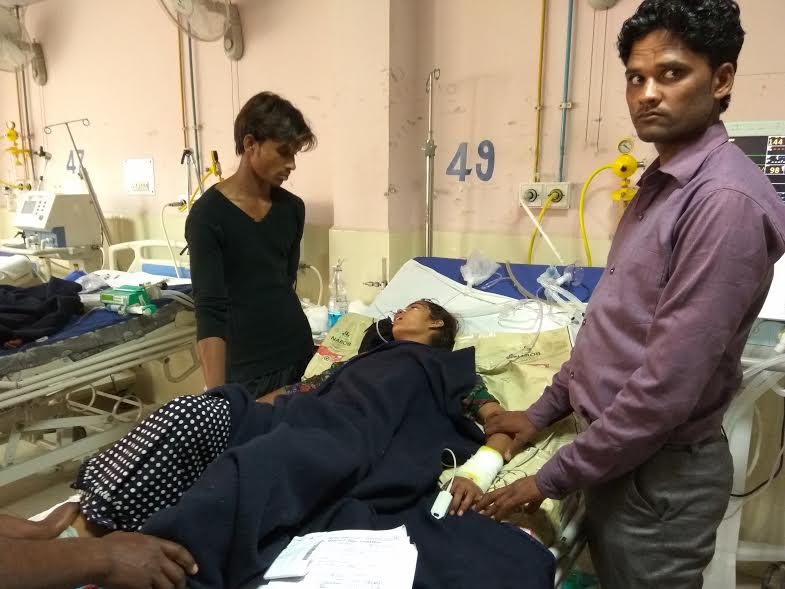 Irked over communal politics and fake promises, a youngster who was present at the Encephalitis ward of the medical college, said: “It has been an age-old problem for Gorakhpur now, but has never been an election issue. Open drains, water-logging, garbage on streets and pools of dirty water is on the roads, in such condition how will spreading of encephalitis stop?”

“The people here are divided on the basis of communal lines by getting influenced by political leaders and then these issues become secondary. Hence, nobody makes required efforts to control this,” he added.

“Ideally, rehabilitation centres should be made for these disabled children, so that they can cope up well and lead a better life,” he added.

Eastern UP, the most populous, has the largest area and highest population density but very poor economic and health facilities.

“Modi talks about cremation ground. But doesn’t talk much about saving these people from going to the cremation ground. It is high time that the political leaders stop neglecting such a big problem,” said Mohammad Shamshad, a local businessman.

The health infrastructure here is next to nothing. The PHCs, CHCs and district hospitals are understaffed. Records even show that the region has higher death rate and infant mortality rate.