Known as the nursery of politicians, the Allahabad University has kept intact its reputation of giving some veteran politicians like former Prime Minister VP Singh, ML Khurana, Chandra Shekhar and Murli Manohar Joshi, to name just a few. Yet again, the Allahabad University has one of its student leaders fighting the crucial Uttar Pradesh Assembly. Prominent among these student leaders is Richa Singh, who will be contesting the election from Allahabad West, on a Samajwadi Party ticket.

In a first since Independence, Singh was elected as the President of the Allahabad University students’ union (AUSU). She rose to fame in 2015, after she aggressively led charge against firebrand BJP leader Yogi Adityanath to stop him from entering the university campus. She had even sat on a hunger strike denouncing the leader as “communal and controversial.”

Apart from being involved in student politics, Singh is also a brilliant student. An M.Phil gold medalist, she is currently doing Phd from AU. Her dedication for social work is such, that she has even rejected Oxford University’s offer of making her a research scholar. 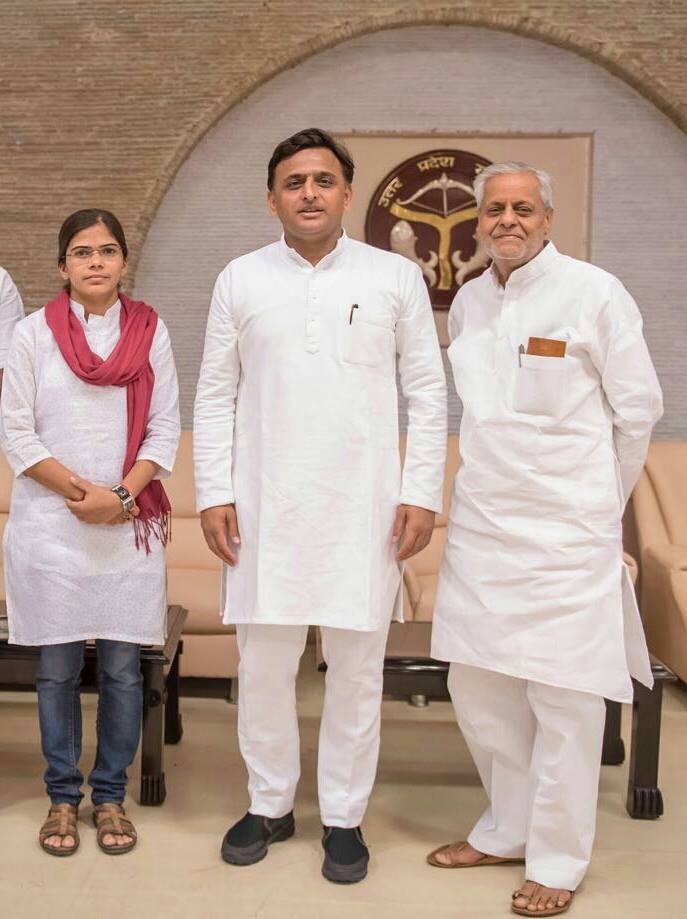 InUth met her in Allahabad and spoke to her on various topics related to UP election, student politics and as well as her personal life.

Why did you leave the offer from Oxford University?

I have always been a very sincere student, but my motive was never to go abroad and settle there. I believe that I can work for the people and improve the condition of the society. By living here I can fight for the people, ask for justice, increase women security and do proper development works among other things.

What is your take on student politics?

If the Modi government is being challenged, it is by the students. Student politics plays a major role in our country. The government of India is at war with university students as they don’t agree with the Bharatiya Janata Party (BJP) always.

Worried over dissent, the Centre arrested JNU student union president and charged him with sedition. The growing anti-leftist rhetoric and vigilantism is disturbing, but not surprising. It has been on the rise since the Modi government came to power, said Singh.

From being the first woman president to now being an MLA candidate, you’ve come this far. How did you approach the issue of gender in your own campaign?

During university election, my team and I asked voters to consider why no woman had made it to the post of president in the past 128 years. I told them specifically that I was not asking them for a sympathy vote, but on the other hand, I asked them also not to discount my candidature merely because I was a woman.

There’s patriarchy in politics, how do you think women can come forward?

In a patriarchal society, politicians cannot be gender sensitive! Every successful politician has one thing in common – people have voted for them. In fact, by definition, it is only when you have been voted for in large numbers that you succeed in electoral politics.

Women need to come forward and be vocal about issues concerning women, as well as the men. Women also need to fight for everyone’s rights. I know how difficult it is to make a mark in male-dominated politics.

What I feel is that instead of just backing off, women should come together and do active politics. Somewhere down the line, this system will change.

What’s your take on SP-Congress alliance?

Two secular forces have come together to save the state and country from communal politics. Since 2014, the BJP has been trying to spread hatred across the country.

I think that this alliance will do very well in the election because people know very well that communalism can never benefit them, it will only harm the society.