The 2017 Uttar Pradesh Election result could be the beginning of the end for Bahujan Samaj Party (BSP) as well as its supremo Mayawati. Soon after the trends showed a very disappointing start for the BSP, everybody was told that ‘Behenji’ would address a press conference in the afternoon. After visiting the various party offices, we reached her residence, where the conference was scheduled to take place. After reaching the place, I could feel an eerie silence inside the premises of the BSP supremo’s residence. It was expected that Mayawati would accept her defeat and will congratulate the Bharatiya Janata Party (BJP) for such a massive win, however what happened there was as unexpected as the election result. After welcoming the media, the BSP chief directly launched a scathing attack on the saffron brigade and accused it of “tampering of electronic voting machines” (EVM). 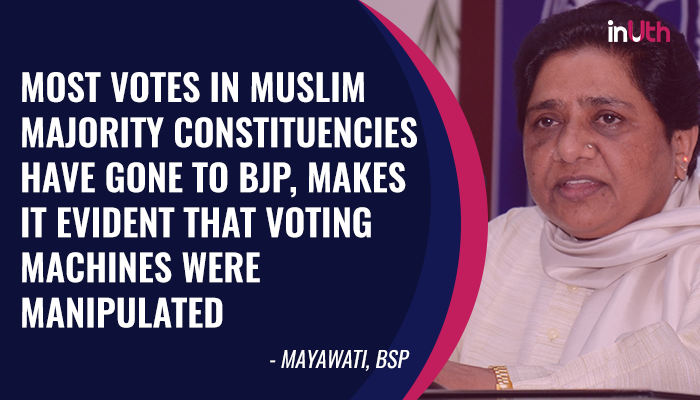 She said that it is due to tampering of the EVMs, that her party has been decimated in the Uttar Pradesh elections. “Either the EVMs did not accept votes other than BJP, or the votes of other parties have gone to BJP in the EVMs,” Mayawati said after counting results show BJP sweeping the state elections. “Looks like voting machines have not accepted any vote from another party than BJP”, she added.

The BSP, which is showing a lead in only 17 seats of 403, was expected to get at least 80 votes according to most exit polls. Mayawati also challenged BJP president Amit Shah and asked him to conduct polls again, adding she will be proven correct. “Most votes in the Muslim majority constituencies have gone to BJP, (that) makes it evident that voting machines were manipulated,” she added. 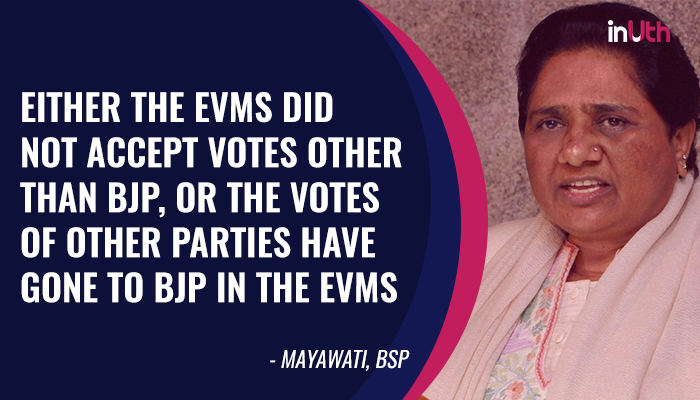 “If you are honest, ask the poll panel to re-conduct polls with ballot paper,” she said.

We cannot deny the fact that such a landslide victory for the BJP was never expected, but we can’t even ignore the fact that such kind of reaction from the BSP chief wasn’t expected at all. She has emerged as a bad loser who despite losing so badly is now taking the support of ‘vague excuses’ to justify her loss.

Not faulty EVMs, but here are a few reasons for your loss:

So, clearly Mayawati must introspect, instead of coming up with bizarre reasons to defend her gradual waning away from Uttar Pradesh politics, election after election.