On Sunday, Congress Working Committee member and a party veteran Ahmed Patel tweeted: “Wrong to suggest lightweights were dealing on behalf of Congress party. The discussion was at the highest level- b/w CM (UP),GS I/C & Priyanka Gandhi.” With one calculated tweet, the Congress brought an end to the speculations surrounding Priyanka Gandhi’s stature in the Congress. While she has till now refrained from taking an active role in party affairs, she played a key role in settling the alliance with the Samajwadi Party in Uttar Pradesh.

There are no two views that the grand old party needs a major revamp. The party which once used to call the shots is now struggling to find a face for itself across the country. For the Congress, gaining a foothold for itself is the need of the hour.

1) Face: Priyanka is the much-needed face of the Congress. Party chief Sonia Gandhi is mostly away owing to her illness and party vice president Rahul Gandhi has not been successful in holding the party together despite being on the forefront for several years now. What Rahul could not do, is what Priyanka may possibly be able to do – bring the Congress together.

2) Mass appeal: Priyanka has a better following among the masses as compared to Rahul Gandhi. Her similarities in looks as well as style to her grandmother and former prime minister Indira Gandhi plays a huge role in building a following that the Congress needs desperately. 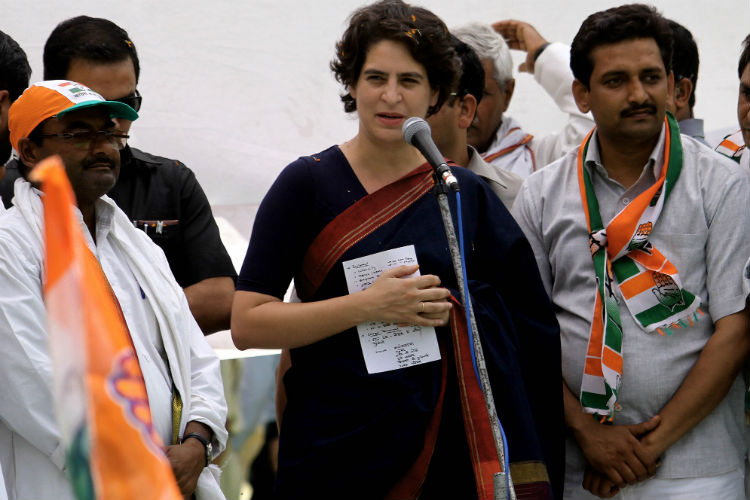 3) Dynamic: Clear in her thought and dynamic in her approach, Priyanka is a feisty speaker who can good a fight to her political opponents. Her statements hold much more strength and considered more formidable as compared to her brother Rahul Gandhi. Her rallies have been able to garner more support for the party than those of Congress Vice President.

4) Maturity: With several baseless statements, Rahul Gandhi’s image in front of the masses has been diluted. Be it through his statements like “Poverty is a state of mind” or those revealing his knowledge in Geography like “Gujarat is bigger than the United Kingdom” or “India is bigger than Europe and America combined”, Rahul has often made a mockery of himself in front of the masses. The party needs a face that sounds more mature and articulate, and Priyanka can very well carry that image.

5) Infighting in Congress: Several veteran leaders of the party are not in favour of Rahul becoming the face of the party. On several instances, they have come out in support of bringing Priyanka in to revive the fortunes of the party. Just a yes from her for campaigning in the upcoming Uttar Pradesh elections gave a huge filip to the Congress.