A hairdresser in an Ahmedabad street managed to make Rs 28,000 in a single day.

No, it was not a lottery!

The popular Youtube blogger from Norway, Harald Baldr, who was on a tour to India got a haircut from a small roadside salon in Ahmedabad and paid him $400, equivalent to Rs 28,000.

In a video shared on YouTube, Harald can be seen walking over to the hairdresser and asking him if he could get a trim, to which the barber happily agreed. Though he could not comprehend English, he understood what Harald was asking.

The hairdresser was surprised to see the unusual customer and kept his smartphone on the table to record it.

After the haircut, he told the blogger that the charge was Rs 20 and also asked for some quick snaps with him. 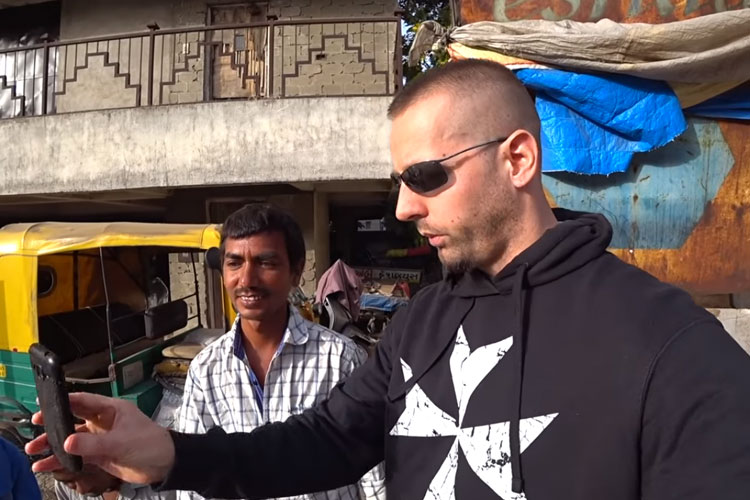 But what surprised Harald was the honesty of the hairdresser. He can be heard saying in the video, “That was pure honesty. He told me straight up it was 20. He could have asked for a hundred and I wouldn’t have flinched”.

He called on a passerby to help him translate and converse with this man. To his astonishment, he realised that this street hairdresser has two kids and works up to 12 hours a day to make his ends meet.

And despite all that he did not even think of overcharging him. Handing him $400, Harald asked him to buy new equipment for his kiosk. Surprised and overwhelmed by the donation, the Indian hairdresser returned the gesture by offering him tea.

This video went viral with many appreciating Harald for going out of the way to help the hairdresser.

In a comment below the video, one of the users wrote, “You can look at barber’s face. He’s looking at Harald like God came to him in form of human”.