Kerala government has spearheaded several initiatives to empower the transgender community. From providing reservation in higher education institution to offering free sex reassignment surgeries, the state has been pro-active in supporting the marginalised community.

Recently, a government college in Malappuram has opened an exclusive toilet for its lone transwoman student Riya Isha. Riya joined BA Economics course at the college a couple of weeks ago. She is the first Muslim transwoman to join a college in the State.

The 27-year-old felt it is the right of a trans person to have access to an exclusive toilet, The News Minute reported.

“There are students who come from orthodox backgrounds, who don’t like us using the same toilets as them. Some girls even turned their backs on seeing me. But there are others in the college – including the authorities – who are extremely friendly and helpful,” Riya told the news portal. 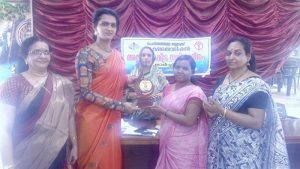 The college authorities expressed readiness to provide all help for Riya. “It’s our responsibility to take care of them and to treat them with equality,” College principal K.S. Maya told The Hindu.

Even student groups on the campus have been supportive of Riya. “In fact, we had raised the demand first for an exclusive toilet for Riya. We are happy the college has responded positively by keeping aside,” said SFI college unit secretary N. Anurag told The Hindu.