We all know and most of us would agree that a dog is a man’s best friend. Ever wondered what a human that a dog considers their master means to them? Well, let’s just say a dog’s human means the world to them. Never would they for a second think of abandoning you and if they ever somehow lose your company, their world comes crashing down.

Sadly however, even with the most careful ones among us, our dogs do sometimes happen to run out of open gates or just choose to begin chasing a cat in the middle of their walk with no care for their leash. We understand how painful that can be for both the pooch and the owner, and hence in a first of our series we are trying to get lost dogs and their owners in contact with each other. In this stressful situation right now is a male German Shepherd who the vet says is barely over a year old. 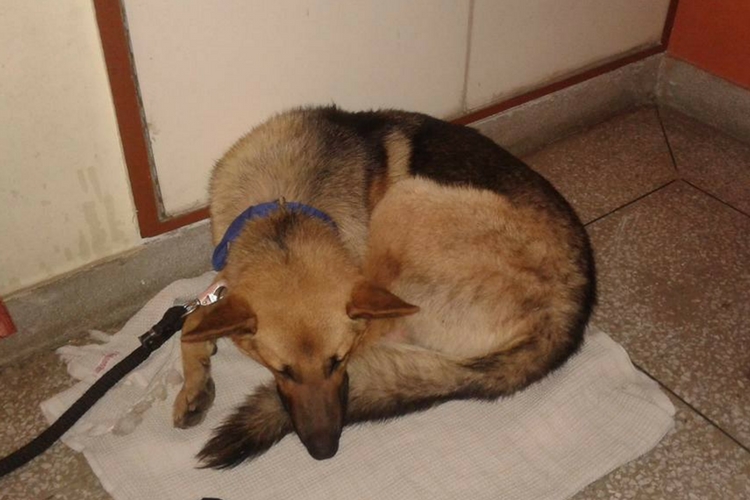 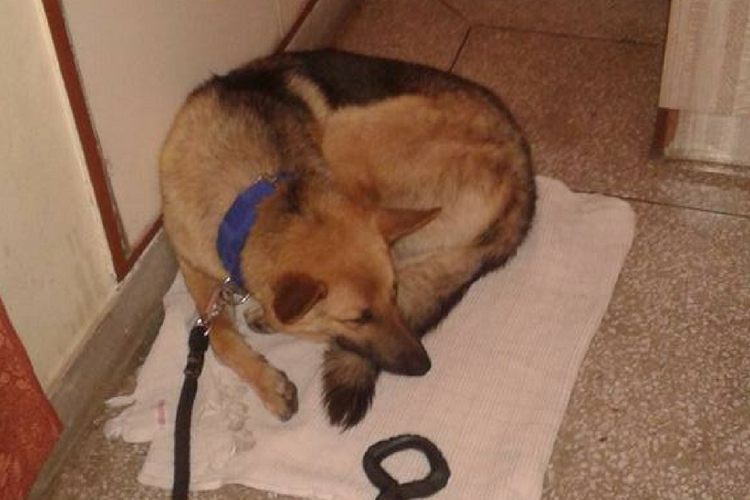 While of course we come from the assumption that his owner is looking for him, abandonement cannot be ruled out completely. Either way, our four-legged companions cannot talk in our language and those of us who find them wandering off in search of their humans are often left feeling helpless. This adorable German Shepherd was found wandering around in South Delhi’s Chittaranjan Park near I-block and was as clueless as it gets when humans around him came to his rescue. Scared and still looking for his human companion the people around decided to let him stay with the guard for the night to make it easy for the owner in case they come looking.

The night went by and nobody enquired after this young lad leading to him being taken in by a foster home in the same area. Upon enquiry from vets in the area, it was figured out that the leash and collar that he has on him are of a very different design and are not sold in areas adjoining C.R. Park. This could either mean a case of deliberate abandonment, which of course humans are capable of and have proven so, or that the lad ran out of his place and then simply got attacked by strays and ran wherever he could to be safe. 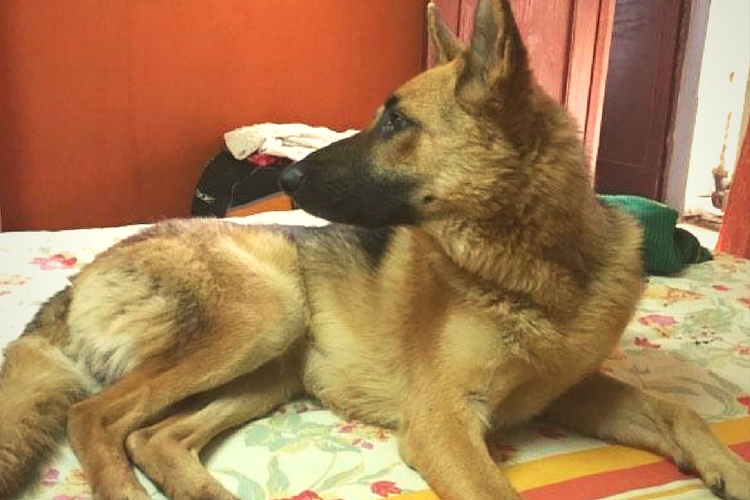 In this series, we shall bring to you several more cases of the sort because trust us when we say that humans are not even half as faithful as their four-legged furry companions. We’re hoping to be a bridge of communication between whosoever has lost their lifelong friend and this very worried dog looking for his human. For anybody with any leads on this adorable German Shepherd, drop an email at priyalray22@gmail.com. So, spread the message and help this pooch out.