The lawns of the Supreme Court erupted in shouts, whistles and cries as the first of the four judgments declaring Section 377 of the Indian Penal Code as “arbitrary” and “unconstitutional” starting showing up on feeds. It was a long, arduous fight to see ourselves declared legal (again), but this journey of decriminalising homosexuality and gay sex started long before the apex court had reinstated the draconian law in 2013. It started before the Naz Foundation, which was at the forefront of the historic Delhi High Court verdict in 2009, even existed. It started with a young lawyer called Siddharth Gautam (among others).

Sandip Roy, a novelist, remembers him as “a lanky young man with charmingly crooked teeth”. Gautam had become actively involved in the gay rights movement when he went to study at Yale in 1989. Upon his return, he co-founded AIDS Bhedbhav Virodhi Andolan (ABVA) which was India’s first AIDS activist movement.

In 1991, Gautam and six other members of ABVA published Less Than Gay: A Citizens’ Report on the Status of Homosexuality in India — which was the first publication in India to throw light on the gay rights issue. It was a fantastic study that reported stories of several people dealing with their sexuality as well as with the society that was around them. It told stories of sex and sexuality, love and heartbreak, the gay life in the late 1980s and the suicide attempts that people in the community resorted to after finding that they were HIV positive. It narrated how a mother dealt with her gay son’s coming out, how some were forced to throw themselves into prostitution because they were “different”, how transgenders were only seen through the lens of AIDS.

But foremostly, it outright confronted the notion that homosexuality was a Western concept which tricked down to India through ‘foreign culture’. The report reasons its existence by stating:

Many people deny that homosexuality exists in India, dismissing it as a phenomenon of the industrialised world. Others acknowledge its presence but condemn it as a capitalist aberration, a concern too individualistic to warrant attention in a poor country like ours. Still others label it a disease to be cured, an abnormality to be set right, a crime to be punished. The present report has been prepared with a view to showing how none of these views can stand the test of empirical reality or plain and simple common sense.

The booklet was fiercely political, rebuking the government for not even talking around the subject of homosexuality and LGBT rights. It proved the existence of the queer community in India, through as many perspectives as it could — historical, mythological, cultural, constitutional and international. It threw light on all the problems that the LGBT community faced, and mostly still face — whether it be health-wise, ill-treatment by police, blackmail, extortion, systematic denial or through politicians.

But its focus was always on the existence of Section 377 — the first hurdle to attain civil liberties for the queer community in this country. It talked of how it violated the fundamental rights of its citizens, gave a free hand to the police to use the baton and served as a hindrance to the efforts of raising awareness of HIV/AIDS.

In the end, the report listed a charter of demands through which ABVA urged the government not just to repeal Section 377, but to also recognize the right to privacy as a fundamental right, amend the Constitution to include “sexual orientation” as well as provide civil rights to LGBT+ people including same-sex marriage.

Having published in 1991, the charter was both explosive and hopeful.

In his book No One Else: A Personal History of Outlawed Love and Sex, Siddharth Dube wrote of the pamphlet:

I read this charter with astonishment, almost in shock, followed by mounting excitement. I had never even dared to imagine such freedom in India—of not being criminalized, of not being perpetually fearful, of having a Constitutional guarantee that I would be treated equally in every aspect of life, of having the right to marry and have a family—let alone imagine that I should begin to expect and fight for this in my lifetime.

Though well ahead of its time, the report prepared by Gautam and others still serves as the standard candle, having lead India’s fight for LGBT rights to where it is today.

Gautam died of Hodgkin’s lymphoma after struggling with it for a long time at the age of 28, just a few months after the publication of the report. His death came as a shock, both to his friends and to ABVA, which had just begun to prepare itself for the long run ahead. Three years later, the NGO filed a writ petition against Section 377. 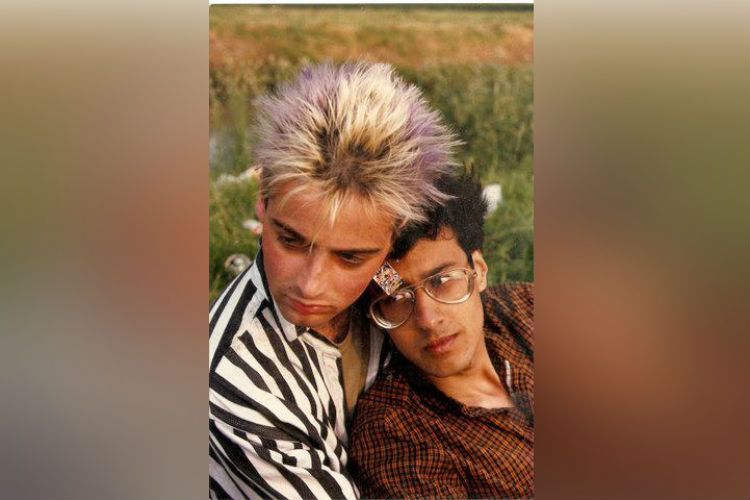 In his piece in the New York Times, Sandip Roy recounted how asking for equality before law seemed like a distant dream back in 1991, and how close to realising it we are today. But even then, 27 years ago, Siddharth Gautam was sure that we would get to where we are, someday.

“I can still see him sitting there near the playing fields of our youth, his shirt sleeves rolled up, his glasses glinting in the moonlight, telling me: “Stay in America for your education and your career if you need to. You don’t have to stay away because you are gay. Things will change here. Believe me.””

(Disclaimer: Certain changes have been made to the copy for editorial clarity)