In the aftermath of the Pulwama attacks, in which over 40 Central Reserve Police Force (CRPF) soldiers were martyred, many students and traders from Kashmir were reportedly harassed in different parts of the country. In Delhi as well, Kashmiri students said that they feared for their security. A couple of shawl vendors were thrashed on a train as well. But thanks to the efforts of a group of people from the LGBT+ community, a group of Kashmiri boys and girls were saved from being harassed.

Mannu BJ, who identifies as a cisgender gay man, and his transgender friends were walking back from Bangla Sahib and saw a group of people from Kashmir being shouted at on the streets near Hanuman Mandir. Mannu, who is associated with Humsafar Trust, an NGO working for LGBT rights, told InUth,

“I and my 2-3 transgender friends were together. We saw a few men from Haryana talking to a group of Kashmiri boys and girls. They were being impudent with the Kashmiris.”

Mannu heard them blaming the attacks on Pulwama on the group of Kashmiris, asking them to ‘get out of the country’ and saw the girls in the group break out into tears. When Mannu’s transgender friends started asking the men why they were behaving so aggressively, the men, in turn, started threatening Mannu and his friends as well.

“They started saying: You don’t know who we are.'”.

Mannu and his friends also tried to make the men understand why the way they were behaving was wrong.

“I tried to explain: ‘The one who did that (Pulwama attack) is also an Indian citizen, just as you are. And if someone at a place did something like that, you can’t accuse everybody of that person’s actions. But if you’re going to attack them in such a way, what message are you trying to give?'” 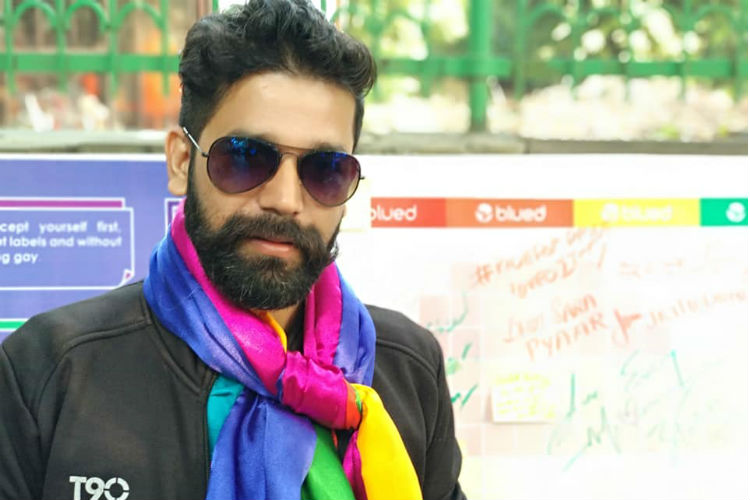 Mannu also tried to make them understand by giving the example of the Jat reservation agitation that happened in February 2016 that saw a series of violent protests in many parts of north India.

“‘Even in the Jat movement (for reservation), people caused such damage to property. That doesn’t mean we asked the Jats and Gujjars to go and leave the country? Everybody has rights just as you have rights.'”

But the group of boys turned rowdy and started manhandling Mannu. That’s when the transgender friends he was with started clapping loudly to instil fear and dispersed the crowd.

“Then I and my transgender friends escorted the Kashmiri boys and girls to the Metro station. We tried to calm them down by telling that they were safe now and if such an incident happens again, they can go directly to a police station and file a complaint”

No police complaint was lodged in this case.