Kodak has released a short film titled ‘Understanding‘ which focuses on a father’s acceptance of his gay son.

Directed by Terry Rayment, the film starts with two boys, Nolan (Jaz Goodreau) and Dylan (Taylor Turner) coming home after baseball practice and the two then head to Nolan’s room. Claire, Nolan’s sister happens to barge in on the two and stumbles upon the two boys kissing.

Coming out is hard as it is for teenagers but, to have someone else perform the deed for you is a recipe for disaster. Props to the cinematographer, Kate Arizmendi, who managed to detail the absolute dread of the moment in a single shot. When you are already distressed about your own identity, anything short of people’s approval feels like the whole world is out to get you. 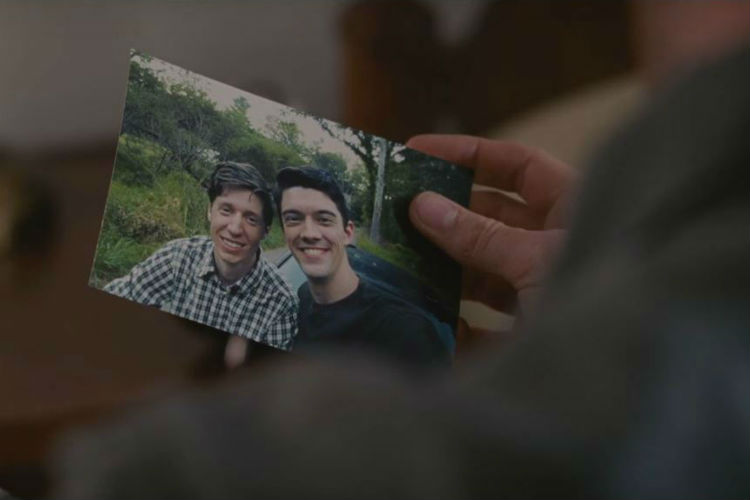 A photograph of Nolan (left) with his boyfriend, Dylan (right).

Over the next couple of days, Nolan struggles with his unanticipated outing which causes him to grow detached and depressed. His father browses through his son’s room and finds a photograph of his son with his boyfriend. That one beautiful moment that the young couple had captured (with a Kodak, of course) defines why it is important for parents to understand and accept their children the way they are. The father, portrayed by Adam Harper, stumbles upon his son’s photograph with his boyfriend.

Other cast members of Understanding, which has been shot entirely on a Kodak Vision3 500T 5219, include Adam Harper, Andrea Marino, and Reiley Trombetta.

While the film hardly lasts for three minutes, it poignantly highlights the importance of the parents’ acceptance of their children’s sexuality. It is hard enough for young people to come to terms with their own sexuality and having support, especially from the one’s they love most, means the world to them.