If there is one organization that can’t make up its mind on whether to support decriminalizing homosexuality in India or not, its All India Muslim Personal Law Board (AIMPLB). Zafaryab Jilani, the secretary of the AIMPLB, was quoted by NDTV on July 15 as saying,

“We support Section 377. Homosexuality is injurious for human health, it should remain a crime.”

He also said that the Board expresses regret that the government was not contesting the matter, reiterating fellow member Sayyed Qasim Rasool Ilyasi’s stance that if homosexuality was to be legalised in India, “it will create problems in society”.

However, earlier, AIMPLB member Yusuf Hatim Muchhala said that the Board won’t participate in the Section 377 proceedings and would leave the matter for the Supreme Court to decide. 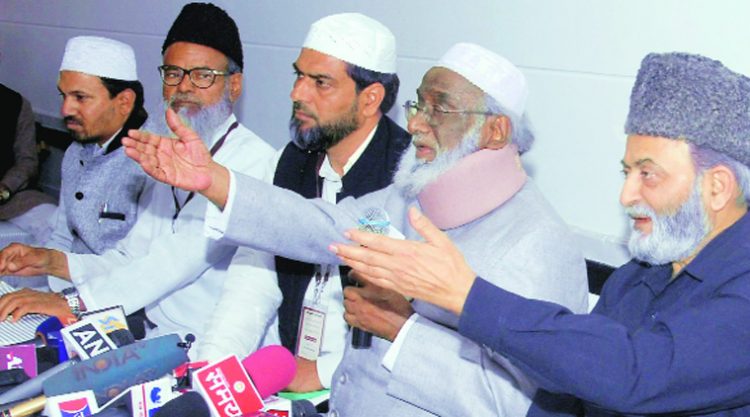 AIMPLB is not the only religious organization to have taken a stand in favour of Section 377 of the Indian Penal Code (IPC). Apostolic Churches Alliance’s lawyer said that they were set to file petitions to quash the demand to decriminalise gay sex, saying that homosexuality was an abomination as per the Bible. President of Imam Council of India, Maqsood Ul Hasan Qasmi, also questioned whether it was the right of the LGBT+ community “to do what they want”, expressing his fear that people may “want to do animal sex” in some years. On the other hand, the RSS changed its stance and are now in support of decriminalising gay sex.

A five-judge bench began hearing arguments determining the constitutionality of Section 377 from July 10. The law that criminalises all forms of peno-vaginal sex was struck down by the Delhi High Court in 2009. However, four years later, the Supreme Court reinstated the section saying that it was not up to the courts to amend laws.

Till now the hearings have taken into consideration not only the validity of the archaic law, but also how it affects employability, mental health, acceptance and civil rights of the LGBT+ community.

The next and the last hearing will take place on Tuesday, July 17.