It is quite likely that by the time one is able to come to terms with being somewhere on the LGBT spectrum, they are probably all set to enter the workforce or may have already spent many years working. As a 30-year-old, I know that this holds true for many from my generation. I started working in 2008, at the height of my denial phase. This was also the year I became aware of Section 377. When I re-entered the workforce in 2010 after my Master’s, it was on the back of the Delhi High Court judgment. The judgment spoke about love and equality and did allay some of the fears in the mind of a 22-year-old. It also sparked a slow but growing sense of liberation.

As someone working in the corporate responsibility and sustainability space, the “National Voluntary Guidelines on Social, Environmental and Economical Responsibilities of Business”, (commonly known as the NVGs) released by the Ministry of Corporate Affairs, came to my attention in 2011. After reading the guidelines word to word, the sense of liberation went up by a notch. Under one of the principles of the guidelines — Principle 3: Businesses should promote the well-being of all employees, it said that “Businesses should provide and maintain equal opportunities at the time of recruitment as well as during the course of employment irrespective of caste, creed, gender, race, religion, disability or sexual orientation“. In the wake of the historic 2009 Delhi High Court judgement which read down Section 377, the inclusion of such language in the NVGs felt like a natural extension of the court’s decision to how it applies to the workplace.

Unfortunately, any positive impact expected out of this could have only been short-lived given that the Supreme Court reversed the High Court’s judgement in 2013.

Coincidentally, as the 5-judge constitutional bench of the Supreme Court re-examines the matter, the NVGs are also undergoing revision. But surprisingly, the words ‘sexual orientation’ are no longer specified in the revised guidelines and neither are the other grounds of discrimination. It now simply reads “Businesses should ensure equal opportunities at the time of recruitment, during the course of employment, separation without any discrimination”.

In the updated draft guidelines, leaving out the specifics pertaining to workplace rights of LGBT individuals creates ambiguity. Only a handful of progressive companies in India have inclusive policies that explicitly recognise LGBT employees. Many companies cite the ‘illegality’ of it all in the face of Section 377 even though what the section deals with has absolutely no bearing on the workplace. Given how things stand today, this ambiguity doesn’t send a clear signal to companies in terms of what is expected out of them when it comes to recognising and addressing the needs of their LGBT employees.

At the workplace, LGBT employees may face harassment, outright discrimination or indirect exclusion. Many probably choose to not be out to simply rule out the possibility of any negative treatment – which means not taking your partner to company events, not being able to discuss what you did on your first anniversary with your colleagues, or just silently allowing homophobic jokes pass. Such an act of becoming invisible with respect to one’s sexual orientation is not driven by humility, but humiliation (as Hannah Gadsby conveys beautifully in her Netflix special ‘Nanette’).

Coming back to the NVGs, one may ask why are they important? The NVGs are a landmark 60-page document that clearly defines what it means to be a responsible business in India. Of even more consequence is SEBI’s 2012 circular asking all the top 100 listed companies to mandatorily start reporting their performance against the NVGs along with their annual reports in the form of a ‘Business Responsibility Report’. This rendered a more concrete texture to the ‘voluntary’ nature of the NVGs. The mandate by SEBI was later expanded to the top 500 listed entities in 2015. In their new avatar, the guidelines are simply called “National Guidelines”, signalling that these may no longer be voluntary and may mandatorily apply to all listed companies. 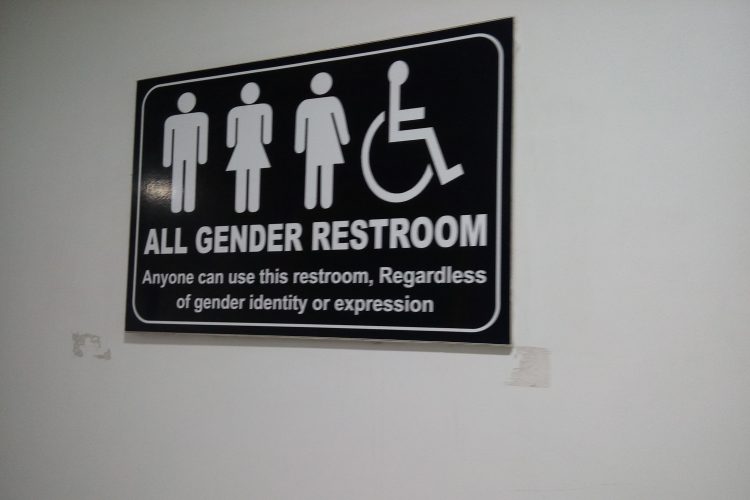 All-inclusive washroom at a corporate office in Gurugram | InUth

For businesses, these guidelines serve as the common minimum that they should strive to achieve. Over the past 7-8 years, the NVGs have entered the vocabulary of the corporate sector and these guidelines can go a long way in at least giving direction if not driving outcomes. If the recently-concluded hearings in the Supreme Court are anything to go by, Section 377 is on its way out, and the movement for social acceptance will only find greater legitimacy in the years to come. The currents of social change will hopefully reach all aspects of our lives, including public and private institutions like schools, universities and offices. So instead of leaving room for interpretation, the NVGs need to provide specific guidance to companies on what kind of policies, systems and practices they need to institute for creating an enabling work environment for their LGBT employees.

The revised guidelines are still not final and are open for public comments till July 20. Advocacy groups, LGBT allies, companies and individuals can submit their comments for consideration here. The arc of history is long but always bends towards justice and in our case, the arc will bear an ironic shape given the rights were first granted, then taken away and, in all probability, granted again. To avoid any further kinks in the curve, it is critical to provide thoughtful comments to the Ministry and make it clear that any company that claims to be responsible can’t do so without protecting the rights of its LGBT employees.

Ankit is a sustainability consultant with over 8 years of experience in working with leading companies on various sustainability-related issues.

Disclaimer: The views expressed above are of the individual and not that of The Indian Express group.