This 41-year-old businessman from north Kashmir’s Baramulla couldn’t believe his eyes when he recently received a letter from the Limca Book of Records. Kashmiri entrepreneur Baldev Singh Raina has literally taken his automobile business at the top by successfully managing a retail outlet of cars at a record height.

The letter that Raina received from Vijaya Ghose, Editor of Limca Book of Records read: “World Record: Peaks Auto Corporation(PAC), an authorized Maruti Genuine Parts (MGP) distributor based in Srinagar has six MGP outlets in Kashmir and Ladakh region. The PAC’s MGP outlet at Airport Road, Skalzanglin, Leh, situated at 3,353 m(11,000 ft) above mean sea level is the highest genuine retail outlet of a passenger car manufactured in the world. It was inaugurated on Sept 3, 2012.”

A mechanical engineer by qualification, Raina started his career in 2007 by opening a small showroom dealing with Maruti spare-parts in Srinagar. Within a year, he excelled to fetch dealership of Maruti cars. 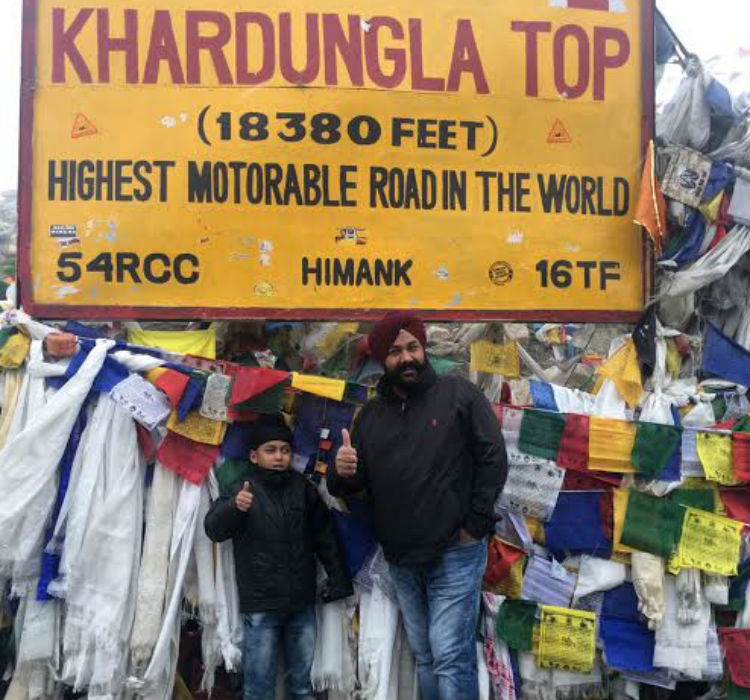 This was just the beginning of his expansion in Kashmir’s automobile sector. As of today, he runs 15 car showrooms across the state, giving employment to around 500 persons.

His workforce is a combination of “young blood” and “experienced hands” in the industry. “For harmonious growth, you need to keep a balance of age in hiring people and that of equitability of region, to open new avenues,” Raina told InUth.

Being fond of holidaying in Ladakh, especially Pangong Lake, Raina says it was his dream to open genuine a spare parts outlet in the cold desert so that visitors don’t face “travel hiccups due to car breakdowns”.