Precilla Veigas D’souza was diagnosed with abdominal cancer in 2015 when she was halfway through her PhD at the University of Toronto. Born in Karnataka, this Mangalorean moved to Dubai in 1997 after marriage and then to Canada in 2003. Precilla wanted to pursue a PhD and after. She was still in the middle of her PhD when she was diagnosed with the terminal disease, but she was adamant and wanted to follow her dream. In a private convocation ceremony held on the 9th of May, 2017, the University was given her degree when her doctors announced that she may not be able to live to see her actual convocation scheduled for next month. Her husband Joseph and daughter Jadyn were present as she honoured with her degree and she received several accolades from her research supervisor. 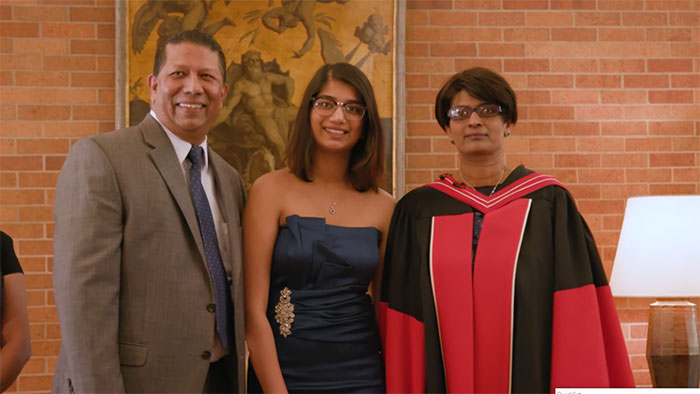 Precilla leaves a legacy behind for her daughter.

“I feel so humbled and honoured as I stand before you all today on my graduation from one of the finest Universities in the world,” she said as she took to the dais on her convocation ceremony. Precilla had spent six weeks to complete her dissertation right after she found out about her illness.

The heartfelt gesture by the University caught Precilla by surprise as she had not expected to be able to collect her degree. In such a scenario she had asked her daughter to collect her degree if things turned for the worse. Her supervisor called her dissertation “spectacular” and the University decided that they should mark her achievements by celebrating her by creating the following video in her honour.