Unfortunately, incidents of rape and molestation are not uncommon in our country. Flip over the pages of newspapers and you will come across a number of such incidents almost every other day. When we talk about molestation or sexual abuse, people mostly hear cases where victims are female. However, there are many cases when men are molested too. Sexual violence is, in fact, is gender agnostic.

While cases, where women are molested, are often reported, due importance is not given to male molestation. It is because of this may be that many men find it difficult to express their trauma explicitly.

Male molestation is no less a taboo, and it’s time we start talking about it.

We went through some personal accounts that people have shared on Quora about their ordeal. Have a look:

A child of just 5 or 6 years of age was molested by a male servant at home. Such incidents in early childhood not only hamper a child’s development but also give rise to a feeling of perpetual fear. 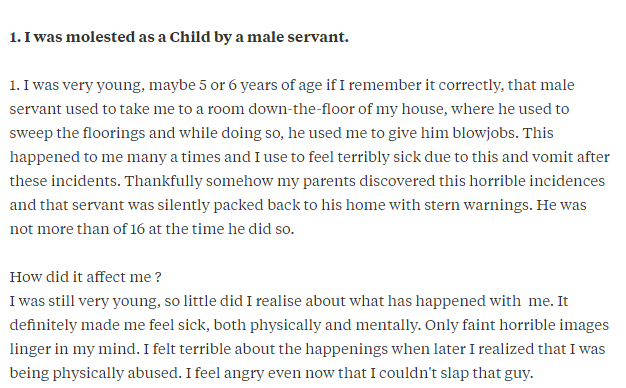 #2
This anonymous user shared how he was assaulted in a market place when he was a teenager. The unknown person rubbed his hand from the child’s chest but also gave a slight rub against his groin.

“He winked at me, and ran his hand from my chest to my groin area, and gave a slight rub against my groin.” 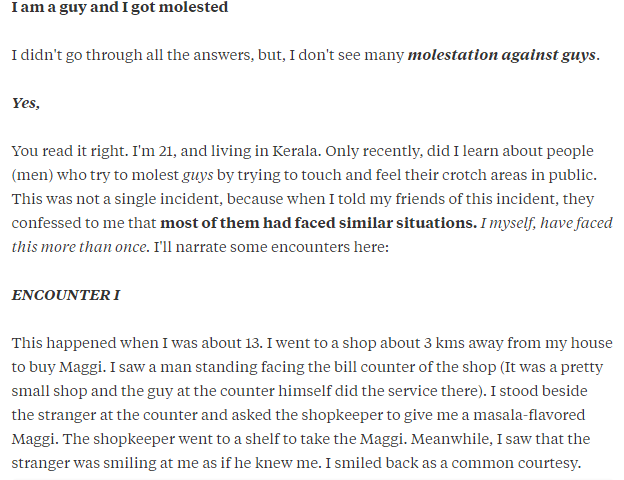 #3
For all those who think that only females can be raped, this is for you. This is an incident of a young boy who was raped by his tuition master when he was in 5th standard. This boy confesses that he was raped ‘many times’.

“He used to try to penetrate me while I was in his laps. I remember, once he penetrated completely and I was crying with pain!” 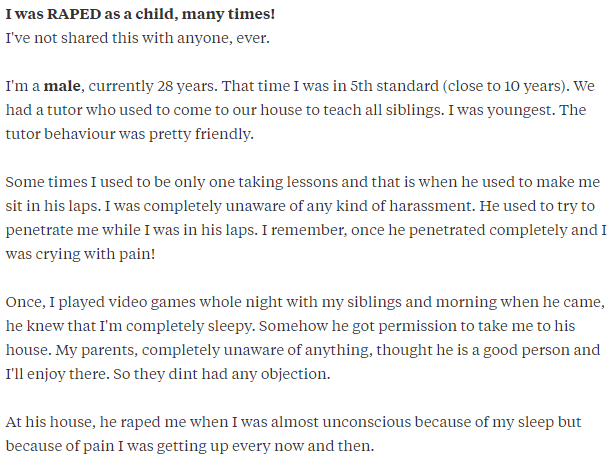 #4
This person recalls his cousin referring to him as a ‘paedophile’. “He just somehow convinced me to perform sexual acts with him. There was no penetration, we just licked each other’s penises and nipples.” 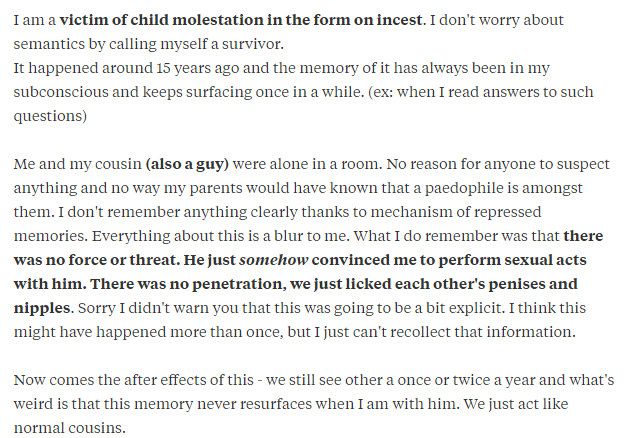 #5
You must have heard or read about a boy who molested his sister but this guy recalls how he was molested by his sister. They used to share a room where her sister used to massage his groin with her leg at night.

“My sister who was 7 years older to me regularly used to massage my groin with her leg, Shocking as it might seem, it is true” 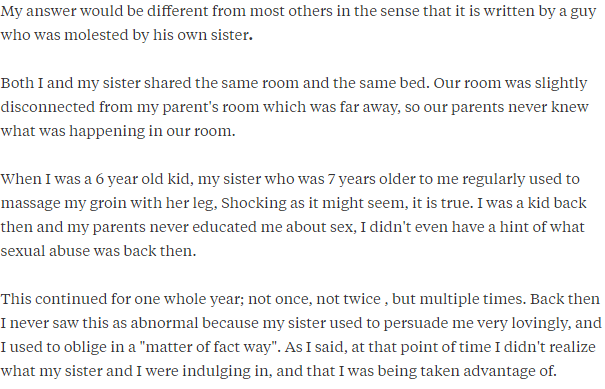 “All of a sudden he started touching my leg, I was bewildered what he is trying to do then he grabbed my penis.”

This confession states how as a child, he was molested a number of times during his school days. Also, during his college days when he went to a restaurant, a waiter stared at him differently and also deliberately touched his penis. 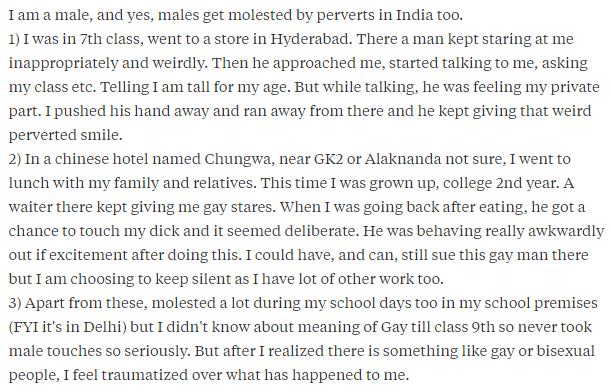 #8
You must have seen groups of boys on roadsides and passing comments to random girls. But this incident is slightly different. A group of boys and girls were teasing a boy who was new to Delhi. 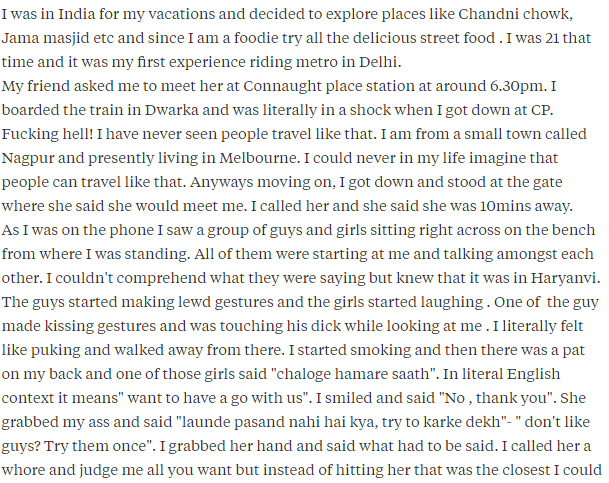