Nowadays, feminism is all the rave in town. It has become one of those cool things to be a part of – like boybands used to be in college. While some people have a faint idea about feminism, others have just joined the bandwagon, without ever understanding what it truly means. It’s the latter that’s hyper-sensitive and super active on social media, giving those who actually work for gender equality a bad name. Whatever you do, make sure you stay a safe distance away from them. But, how do you identify such people?

Here are some classic signs that can help you tell if the person next to you is a fake feminist:

1. They think effeminate men are weird

If you proudly wear the feminist tag and think that “girly” men are weird, then, yes, you’re a fake feminist. Gender stereotyping is a classic sign of sexism and looking down at men who break such stereotypes implies that you feel feminine habits are below masculine ones.

2. They think everything has a sexist undertone

If you feel our culture is built around sexist ideals (which is true) and that it envelops anything and everything around us (which is not), then you don’t really understand what feminism is all about. Not everything is a corrupt ploy to “put women in their place.” Get over it. Differences between men and women persist but they don’t necessarily point in the direction of prejudice, which takes me to the next point…

3. They refuse to admit that some things are actually different for men and women

It’s scientifically known that aside from having different physiologies, men and women also have neurological differences. They have different wants, habits and cognition. For example,  selective evolution has led men to develop a better sense of direction than women as early human males used to be more accustomed to hunting. So, no, the genders can be equal but they can’t have everything same.

4. They get annoyed when men offer help (for women)

Just because you have to prove that you can take care of yourself, doesn’t mean that you must. Sometimes, it is okay to let someone else take charge while you rest in the backseat. It won’t make you any less of an empowered woman.

5. They think women are better than men

6. They think breaking stereotypes is a prerequisite for being a feminist

Feminism has more to do with choice than doing the things women aren’t allowed to do. There’s a difference. So, if you think not wearing a hijab, drinking alcohol, or climbing the success ladder, is what makes a woman a feminist, you’re wrong. A hijabi, stay-at-home mother can also be a feminist.

You love to maintain the party line that you are a feminist but the minute a situation demands you to go out of your way to uphold gender equality, you back into your little comfort zone, making peace with the way things are.

8. They need to be constantly reassured that women can be strong and confident

This is a little hard for people to grasp and is something men do quite often. If you have to constantly hold yourself back from looking out for women ’cause you feel they can’t handle themselves, you’re a fake feminist. Yes, the world can be more cruel to women than it is to men but have to trust women with themselves.

9. They feel feminists look/dress/behave differently than others

No, feministus liberaticus isn’t a species that exists. Feminists are also humans like you and you can’t tell whether a person supports feminism just by looking at them.

10. They don’t trust men to ever fully understand a woman’s position 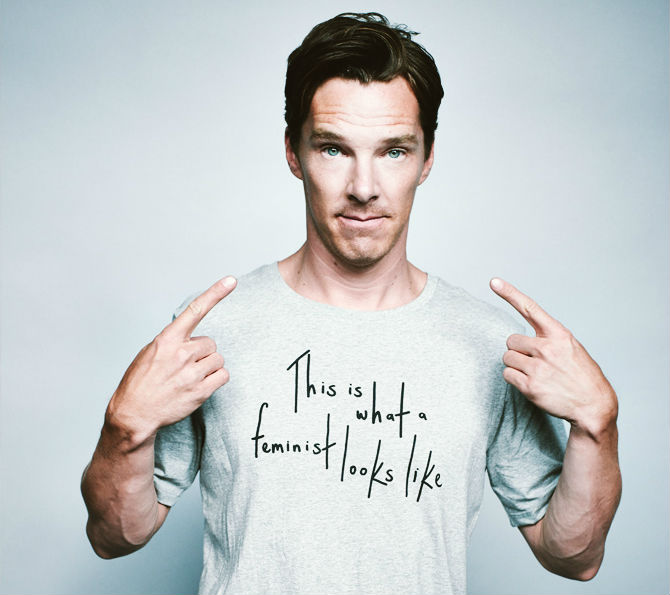 Men might not have had to live through the struggles of being a woman but, empathy is a thing that exists. Some men understand what it is to be persecuted, from personal experiences or from watching women around them. So, yes, a man can be a feminist too.