A group of residents in south Bengaluru’s Girinagar came together to protect one of the few remaining open spaces in the city. Around 50 residents protested against the police on May 12 for Karnataka government’s decision to set up a police station on the community ground.

Commonly referred to as ‘Volleyball ground’, the community ground is used as a playground and doubles as a parking space. Citizens also reportedly use it to set up exhibitions as well as practice learning how to drive. However, the site was allotted to the police department in 1994. But the department had to stop the construction work when residents approached local politicians.

Suresh R, an activist who took part in the protests on Friday, told TNM,

“Now all of a sudden, it is being converted to police station; without any prior intimations too. We strongly feel that this area should be reserved for the playground.” 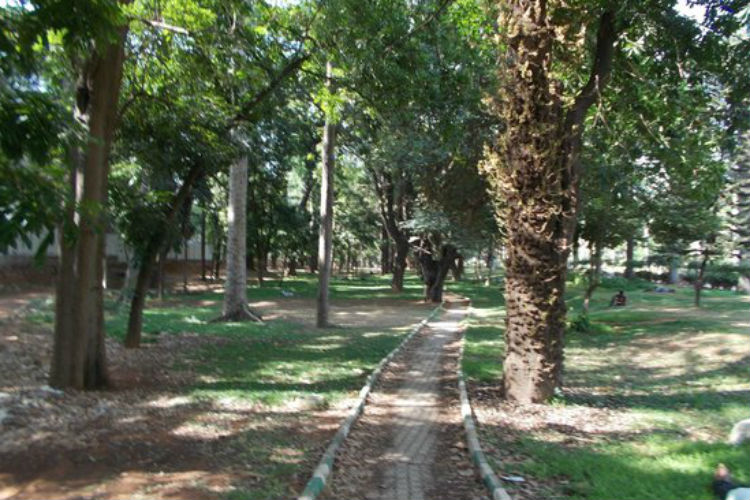 “We have been using the ground for over 35 years. It is the only playground in this region for kids. If you are going to take away even that last standing open space, where shall we go?”

Bengaluru, also called ‘Garden City of India’, has seen a steep decline in the availability of open spaces due to rapid urbanisation. According to a study conducted by Bengaluru-based organisation Janaagraha, only 3% of the city’s total area is parks or grounds, as opposed to the World Health Organisation’s (WHO) suggestion that a city needs to have 15% open spaces. Indian Institute of Science’s 2017 report states that over three-quarters of Bengaluru’s land surface is currently paved and the number is likely to go as high as 94% by 2020 if the trend continues.

As per the 2017 report of Forest Survey of India, Chandigarh still has the maximum proportion of open spaces, even though the city’s forest cover is on a decline.