With the crisis of climate change looming large, what is the biggest offering that you make to this planet?
Well, gurdwaras in Delhi will be distributing saplings as ‘prasad’.

The Delhi Sikh Gurudwara Management Committee (DSGMC) announced that on the occasion of 550th birth anniversary of Guru Nanak Dev, all Delhi gurdwaras will be distributing ‘saplings’ as prasad. According to Times Of India, DSGMC has launched a mega plantation drive to plant over one lakh trees at all gurdwaras and Sikh educational organisations.

“It is mandatory for all fresh students at nine colleges affiliated to the Delhi University, managed by the Committee, to plant 10 trees from the current academic session to celebrate Guru Nanak Dev’s love for nature,” Manjinder Singh Sirsa, DSGMC president said.

The DSGMC will be distributing free saplings of plants and trees mentioned in the Gurbani such as Neem and Ber along with other species which are beneficial for the environment. The students will have to submit reports highlighting the status of the trees planted accompanied by photographs and they would be marked based on the project which will be included in their annual result.

The saplings will be mainly distributed at Gurudwara Rakab Ganj and Gurudwara Bangla Sahib in Delhi, which see a high footfall. 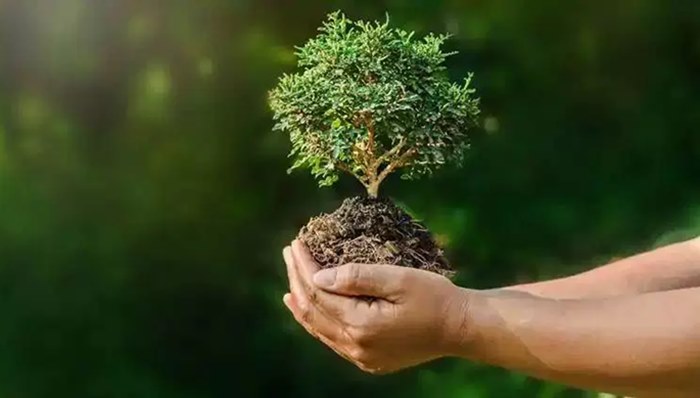 Similar initiatives
Earlier this year the Rajasthan state government launched an initiative whereby every new student joining the state-run engineering colleges will have to plant a tree in their campuses. With their name written next to the plant, they will be responsible for nurturing it until the day they graduate, The Better India reported.

A report by the Intergovernmental Panel on Climate Change (IPCC) suggests that an increase of 1 billion hectares of forest will be necessary to limit global warming to 1.5°C by 2050. A study by Crowther Lab of ETH Zurich University based on 80,000 images across the world calculated that for reforestation, about 0.9 billion hectares of land would be required. The researchers told The Indian Express that in India, there is room for an estimated 9.93 million extra hectares of forests.