With about 6,000 tonnes of daily plastic waste not being recycled in India, now many government agencies are also stepping up to bridge the gap. In a first, the Bengaluru unit of National Highway Authority of India (NHAI) used plastic waste to partially build a road. The road management agency laid 600m of a service road on the stretch of Bengaluru-Hyderabad highway.

SP Somashekar, one of the directors at NHAI, Bengaluru, told TNIE,

“For the first time, we have used 4% of plastic waste along with the bitumen and crushed aggregate used in road construction. It has been done as overlay work at a service road on NH-44 in Peresandra village, near Chikkaballapur. While 300m of the road was laid last week, we completed another 300m this week.” 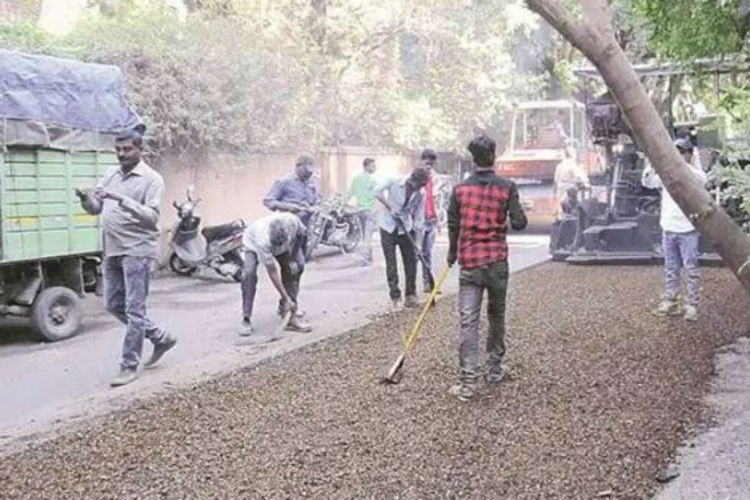 Not the first plastic road in India

Last year, Madurai’s Thiagarajar College of Engineering revealed that at least 11 states have built one lakh kilometre of roads using discarded plastic. In November 2015, the Union government issued an order, making it mandatory for all road developers to use waste plastic in road construction.

Chennai has reportedly used 1,600 tonnes of plastic waste to construct over 1,000 km of roads since 2011. Earlier this year, the Lucknow Development Authority also constructed a stretch of road using plastic waste. Meghalaya’s Chief Minister Conrad Sangma issued a directive to use single-use plastic across the state in the construction of roads.

According to a research paper published at the International Journal of Scientific and Research Publications, the durability of the roads laid out with shredded plastic waste was found to be much more compared with roads with asphalt with the ordinary mix. Plastics not only strengthened the road construction but also increased the road life as well. It also eliminated the need to segregate plastic waste and thus increasing the recyclability of plastic waste.

However, some studies show that plastics in the road can break down into microplastics which find their way into the human food chain. Also, making roads with pure plastics can lead to structural weakness upon melting.