Every year on April 22, people around the globe come together to observe Earth Day. More than 1 billion people in 192 countries are expected to participate in various events to show support for protecting the environment.

World leaders have ramped up efforts in order to fight the rapidly changing climate that pose a potential threat to human existence. A lot needs to be done to change human attitude towards climate change. Every year, Earth Day is observed with a special theme to raise awareness about the planet.

This year, the theme for Earth Day is ‘Protect Our Species’. The intention is to draw people’s attention towards the accelerating rate of extinction of millions of species and the causes that led to this phenomenon. This is directly linked to causes driven by human activity: climate change, deforestation, habitat loss, trafficking and poaching, unsustainable agriculture, pollution and pesticides to name a few, according to earthday.org 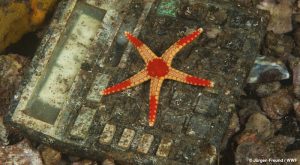 The first Earth Day event was observed by US Senator Gaylord Nelson in 1970. Nelson rallied the support of 2 million Americans, who took to the streets demanding action on environmental pollution. Eventually, the issue of clean environment and earth conservation was brought into the national agenda.

The event united Americans, irrespective of their political affiliations, and within a year the action had led to the formation of the United States Environmental Protection Agency.

Earth Day 1990 was credited with giving a major boost to recycling efforts worldwide, thus paving the way for the 1992 UN Earth Summit.

At another milestone, Earth Day 2000 addressed the growing concern over global warming and stressed on the need to switch to clean energy sources.

In 2016, leaders from 175 countries used Earth Day as the backdrop for signing the historic Paris climate agreement, which aims to undertake efforts to combat climate change and adapt to its effects.

Several agencies and celebs took to Twitter asking people to spare a thought about our planet:

#EarthDay_ lets act before its too late…._ pic.twitter.com/S5VCDAfMPz

On #EarthDay, let us commit to protecting our planet by reducing pollution, fighting deforestation, and acting on climate change. pic.twitter.com/VLRTLmVUe8

There is no other planet like Mother Earth. Protect it. Love it. Do your bit. #EarthDay

Happy #EarthDay! Just as our Birthday celebrates the blessing of life, let this Earth Day be a reminder, that the ONLY way we will survive
is when we allow our Planet to THRIVE! Protect wildlife, forests, reduce consumption and say NO to single use plastics. @healinghimalaya ___ pic.twitter.com/88gZCIN5Pn

We need to plant more trees so that we can make our earth green. To make it a happier, healthier and greener planet for generations to come. Happy Earth Day!! #EarthDay @StarFoundn pic.twitter.com/mUfH4PE7iH