With a squishy cat toy, Microsoft co-founder Bill Gates breaks down the alarming issue of climate change. In an 80-second video shared on YouTube, Gates sheds light on the way forward.

With a (doh) pie chart, he shows how sectors like manufacturing, which aren’t much talked about, contribute to emission of 21% of greenhouse gases. Gates says everything we make, even an adorable squishy cat toy contributes to greenhouse gases. Unbelievable right? 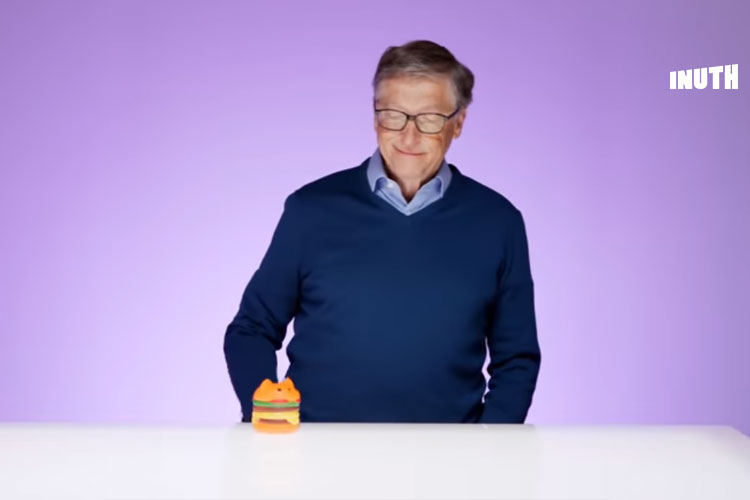 The pie-chart also establishes how other sectors like agriculture, transportation are detrimental to the climate. Gates adds that the number of buildings will double by 2060. A rather alarming statistic. And he says it is like “building a new New York city every month for 40 years”. So what is the solution you ask? Gates says it’s innovation. “Only a lot of innovation will be bringing down emission to zero in all these sectors”, he says in the video.

This video, which went viral, has got over 3 lakh views.

In an annual report co-authored with Melinda Gates, Gates points out nine topics that have surprised the couple in the last year, and climate change ranks at number three. The other issues Gates mentions ranges from the upcoming youth population in Africa, to the amount of sexism at various quarters of the society.

Gates’s video comes amid growing discussions of concerns over global warming. In a recent incident, over 30,000 students in Brussels skipped classes and hit the streets to demanding action over climate change.

In case you’ve just been born and missed it: India is one of the main contributors to the emission of greenhouse gases. According to G20 Brown to Green report, India’s greenhouse gas emissions more than doubled between 1990 and 2015 (+147 percent).