While taking a stroll through Delhi’s Lodhi colony, it’s easy to be transported into a different world courtesy the many, stunning wall paintings the area is now filled with. 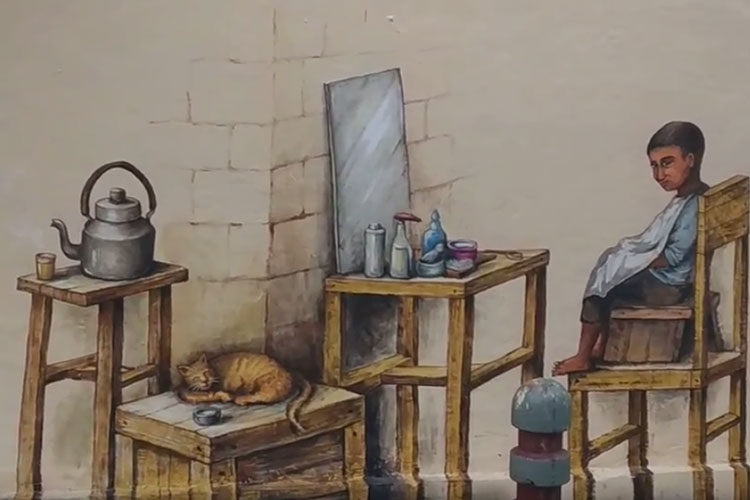 This particular mural of a child at his local hairdresser, is called ‘street market’. Painted by Singaporean Artist Yip Yew Chong, this is one of the many such works of art that have given new life to the blank walls of the colony. 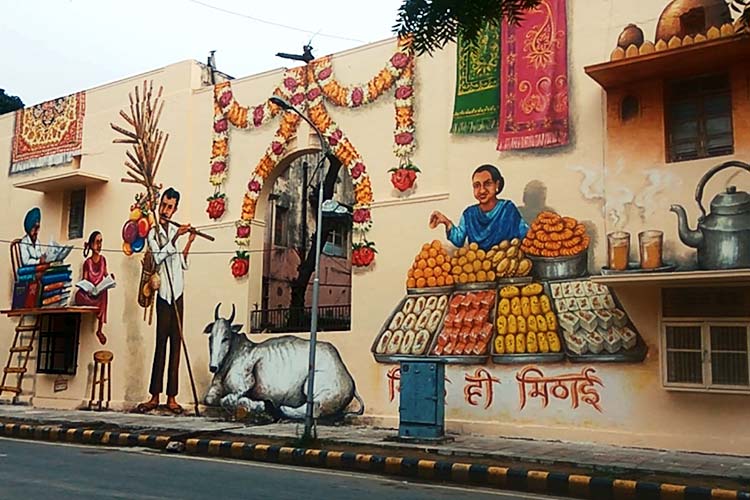 This mural, made by Yip Yew Chong again, was inspired by his stroll through Delhi’s street markets. “The sweet shops and the local markets are close to the hearts of the people. I wanted people to connect with what I’m painting and therefore decided to draw this sketch,” he said.

Artists from over 15 countries are painting over 20 murals as part of the third edition of Lodhi Art Festival.

The two month-long festival which commenced on January 15 has been organised by St-Art Foundation, a non-profit organisation.
Co-founder of the organisation Akshat Nauriyal says, “There were five of us who came together who wanted to take art out of the galleries into the public discourse. In India, public places are very rich so we wanted to explore the city as a canvas.”

From the impact of technology on human lives, to women empowerment, to climate change, there are many .running themes to these paintings. 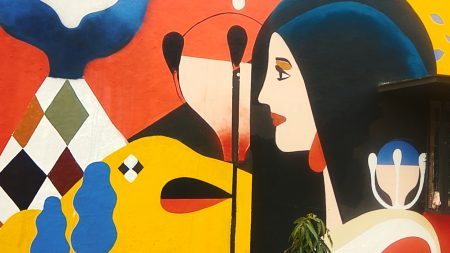 “The murals have been painted as an ode to womanhood. The scale of the mural is such that you start feeling dwarf in front of it. It makes you appear small in front of the womanly figure,” Sajid Wajid says.

Rachita, a resident of Lodhi Colony  says, “These murals are not just technicolor walls, but also initiate questions on crucial issues.” 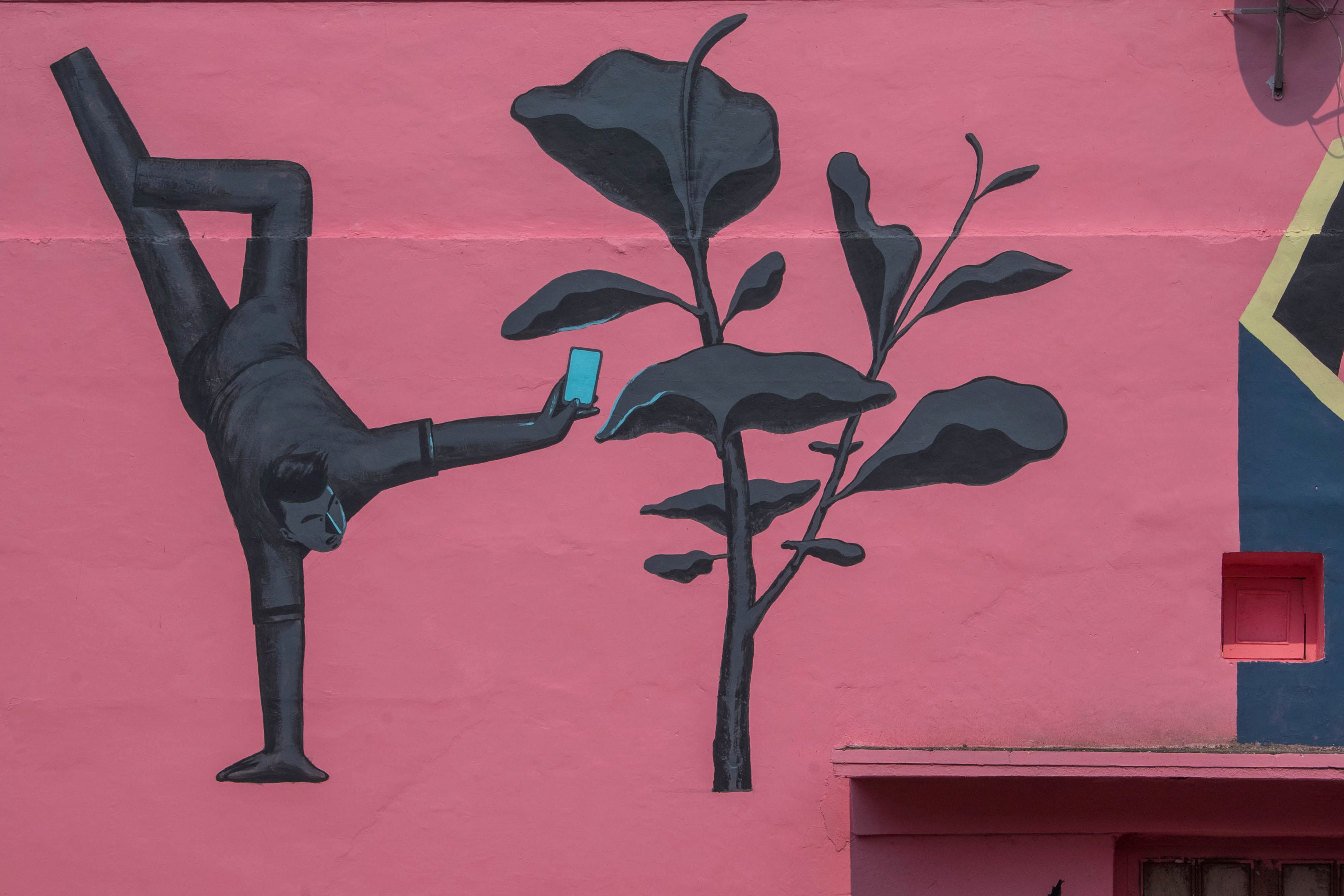 On a bright pink wall in Block 17 of the colony, there’s a depiction of the ‘Instagram crazy’ that makes people take photos, often at the cost of safety, just for the sake of likes and followers. The credit for this goes to Mumbai-based artist Sameer Kulavoor who made the mural to explore the impact of social media on our lives.

The irony of these walls more often than not showing up in Instagram posts while raising awareness will hopefully not be lost on anyone.