Even as the Kerala government is going out of the way to project itself as transgender-friendly, the state has seemingly failed to curb violence against members of the community.

The state police on Thursday arrested a 36-year-old man for harassing and assaulting three transgenders near a sports school in Aruvikkara.

The victims, riding two bikes, were on their way to attend a house-warming ceremony at one of their friend’s place. When they stopped to ask for directions, the accused identified as Pushparaj allegedly snatched their keys and helmets, and refused to return them.

Unable to leave the place, they sought help from transgender activist Surya Abhilash and Sreemayi. When the duo reached the spot, Pushparaj passed lewd comments and tried to hit both of them. 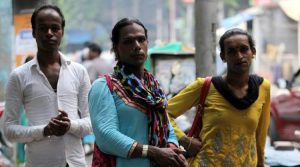 Without losing any time, Surya alerted the cops who rushed to the spot and apprehended the accused.

“He hit me on my chest, tried to lift my clothes and even pushed me. When onlookers asked him to give the keys back, he justified his action saying we are transgender women, and said ‘they put things in their mouth’ (insinuating that they were sex workers.) He even abused my parents in the filthiest manner possible,” News Minute quoted Surya Abhilash as saying.

Police has booked the accused for assaulting and outraging the modesty of women.

The incident happened barely a week after a transgender woman was thrashed by a mob in Valiyathura after she was mistaken for a kidnapper.

Despite the police having registered a case against nearly 15 accused, no arrests have been recorded.

According to a report, 10 alleged transphobic attacks, including a murder, have been reported in the state in the seven months since July.

These incidents have led many to dismiss the Kerala government’s claims of the state being transgender-friendly.