Recently, a female dog in Mumbai who had littered seven puppies was brutally killed by a watchman after he inserted sharp objects in her private parts, “causing her intestines to get dislodged”. Now juxtapose this story against a news from Germany — a national park mobilised a whole team in an effort to rescue a dog who got lost.

A holidaymaker was separated from her dog on August 12 when they were descending from a mountain lodge in Berchtesgaden National Park, Germany. Local residents and hikers reported hearing barks after which a team of national park rangers went on a search for the 8-year-old mongrel named Barry. But they were unable to trace him.

However, as the barks became weaker, signalling that the dog was losing strength, the rescuers deployed a thermal imaging camera and set off on a treacherous trail in a final attempt to rescue the dog. Despite no sound from Barry, the camera picked up a bright spot. 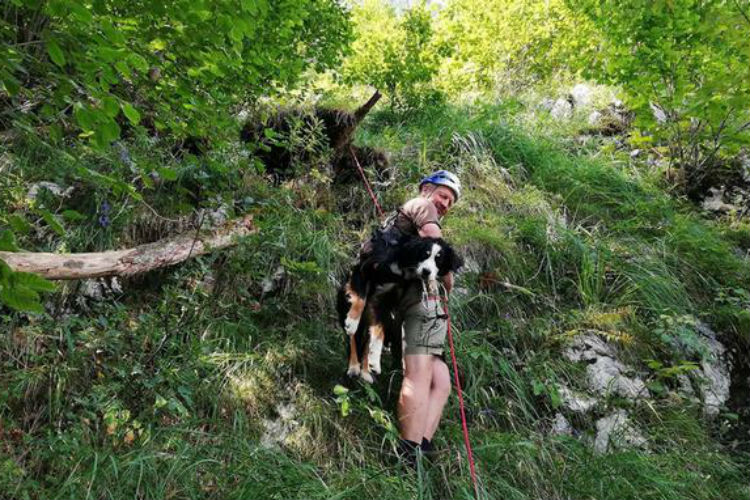 “It was only a short moment, but I was sure that this had to be a dog.”

Barry was stuck on a steep grassy slope, trapped above a 100-metre drop. He had been found to be chronically malnourished and “reduced to his skin and bones”. On a daring five-hour operation, the rescuers descended 40 metres down another steep section of the mountain to reach him. He had been rescued after 11 days and was taken to a veterinary clinic, after which he reunited with his owner.