A 65-year-old farmer died while trying to save his cow which has come in contact with a live power line that was lying on the ground in a village near Madurai in Tamil Nadu on Tuesday. However, what makes this episode more tragic was that his dog was also electrocuted while trying to pull the cable away from his master.

Mokkusu took the cow to his farmland for grazing. Moderate rain with heavy wind lashed the village on Monday evening, snapping the power cable. Mokkusu did not see the snapped cable, Times of India reported.

The farmer’s dog which was an Indian Mongrel tried to pull the cable away from his master but died of electrocution.

Hearing the cries of the dog, Mukusu’s relatives went to the spot only to find all three dead. Mukusu’s relative Senthamilan (40) told The New Indian Express  that the dog had been in the family for nearly seven years. 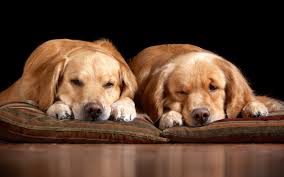 “His heroic was something we were accustomed to. There had been times when he fought off snakes and vermin. Ramu was a loving and a devoted dog. We relied on him to herd the four cows,” he added.

On being alerted, the Uthappanaickanur police rushed to the spot. Tamil Nadu Electricity Board officials cut power supply.

Speaking to PTI, Police officials said the farmer M Mokkusu of Kalkondalpatti saw his cow, which was grazing in the field, collapse. His dog which tried to help him by pulling the cable also met the same fate.

Local people visited the spot in large numbers after hearing about the dog’s attempt to save its master spread.