If throwing stray dogs, especially puppies, from the terrace and tying them to sticks was not cruel enough, a recent incident that took place in Hyderabad will make you feel disgusted.

In yet another gruesome incident, a man set a bush on fire despite knowing that there were two, one-and-a-half-month-old puppies, and their mother resting inside. The accused, identified as Ramakrishana, used to work as a security guard at a residential complex in Bowenpally. The incident took place on Monday at Satya Sai Enclave on Dairy Farm Road in Bowenpally.

As per the eyewitness, one of the puppies died on the spot while the other sustained 40% injuries. The puppy was shifted to Blue Cross of Hyderabad, at Jubilee Hills, where he succumbed to injuries. 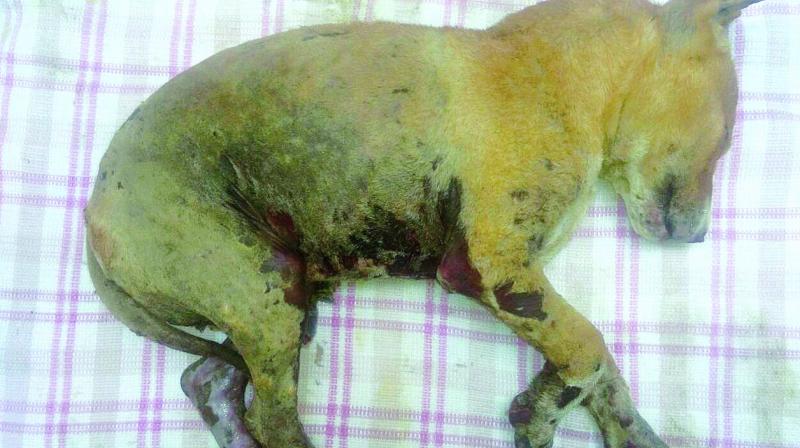 Their mother somehow managed to escape, but her puppies were not fortunate enough. Activists from Animal Welfare Organisation have lodged a police complaint. The police, thereafter, booked a case under the Prevention of Cruelty to Animals Act.

In the wake of the brutal incidents of cruelty against small puppies, last year, Supreme Court ordered the vigilante groups to stop killing stray dogs, also directing the government to take action against the violators yet there is not even an iota of fear amongst people who think that they enjoy impunity and can always run away with it.