Whoever said that Dog is man’s best friend was a complete genius. This 5-year-old Golden Retriever will make you believe that unconditional love does exist. This little one saved his owner’s life by keeping him warm in the freezing conditions for more than 20 hours.

If it weren’t for his dog Kelsey, this Michigan man, 64-year-old Bob would have probably frozen to death. The incident took place when Bob happened to leave his house in just his long paint, a shirt and slippers in the extreme weather to get firewood for the fireplace on the New Year’s eve.

He suddenly slipped, fell and broke his neck. Bob tried calling for help but no one seemed to be around except for his loyal dog Kelsey. After a while, he could not take his voice out to call for help. Kelsey stayed by his owner’s side while he remained paralysed in the snow. 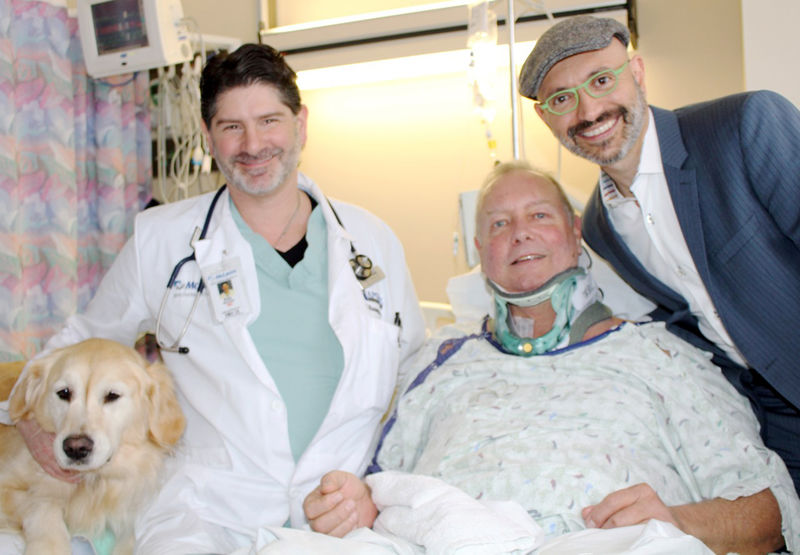 Kelsey on the left (Photo: petoskynews.com)

Kelsey lay on top his owner’s body keeping him warm in the dropping temperature and kept licking his face trying to keep him awake. Bob claimed that Kelsey did keep barking calling for help but it was late and extremely cold due to which no one could hear them.

Kelsey risked his life and tried keeping his owner alive by staying like that for over 20 hours. Even after 20 hours, when Bob finally fell unconscious, Kelsey kept barking that made his neighbour notice and come for help.

Bob was rushed to the hospital soon after, Needless to say, when Bob finally regained consciousness, Bob and Kelsey had the most magical reunion.