When we speak of love and kindness, it is not just limited to humans beings rather it’s a feeling that could be felt for animals also. However, at a time when humans are marching ahead with exceptional advancement in different fields, there are some of us who still believe in sacrificing someone’s life in the name of culture and tradition. In various parts of the world, innocent animals are tortured and killed, all for the sake of tradition and entertainment. 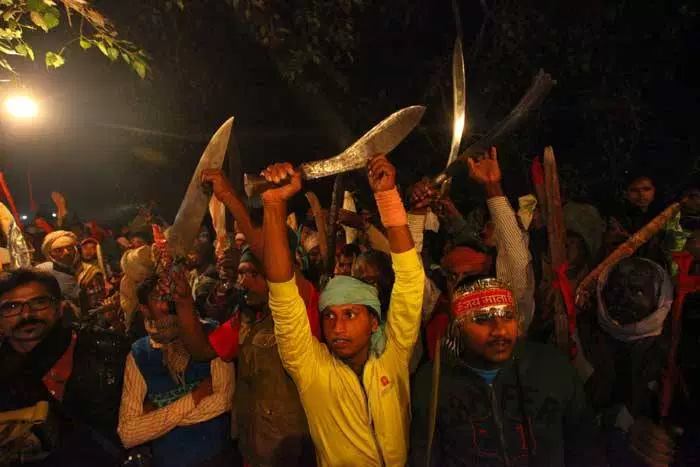 This festival is celebrated every five years at the Gadhimai Temple of Bariyarpur in Nepal’s Bara District. It is primarily celebrated by the Madheshi and Bihari people. The event witnesses large scale slaughter of animals including water buffaloes, pigs, goats, chickens, and pigeons to propitiate Gadhimai (Goddess of power). In 2009, an estimated 50,000 animals were sacrificed. On July 28, 2015, this festival was banned by the HSI India. The Home Ministry in India had directed the states of Bihar and Uttar Pradesh to monitor and make sure no animals get to Nepal for the festival. 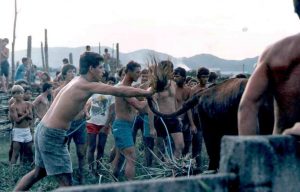 Under this barbaric festival, oxen are chased, punched, kicked, and beaten with sticks, knives, whips, stones, and ropes. Even their eyes are rubbed with hot pepper and gouged out. Their limbs and their tails are snapped. If an ox survives this, it is eventually killed and their flesh is divided among participants. 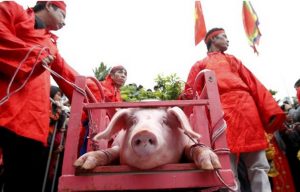 In the northern village of Nem Thuon, pigs are tied up by all four legs and forced onto their backs, painted and paraded round the town before being killed so that local villagers can dip money in the blood to receive luck for the new year. In 2015, the Vietnamese Ministry of Culture, Sport and Tourism demanded that all “out-dated” and “uncivilised” festivals throughout the country cease immediately, and a regulation enforcing the order came into affect on 5 February 2016. However, to this date Nem Thuong organisers remain defiant. Even today, the pigs are tied up and paraded around the village with the noise of drums, only they are not publically slaughtered. 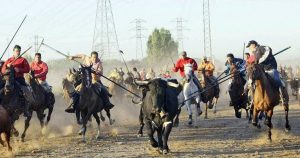 This cruel event takes place in the town of Tordesillas, where a bull is chased through the streets and stabbed to death with spears. The tournament consists of the chase of a bull by hundreds of lancers, in which some of these will try to lance the bull to death. In 2016, the regional government banned the killing of the bulls. The current prohibition is widely rejected within Tordesillas and is being contested in the country’s legal system. A normal traditional encierro, in which the bull is not killed in public, is being as from 2016 which has been renamed “Toro de la Peña”. 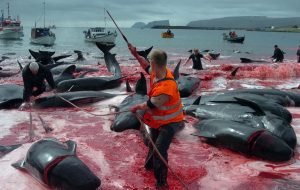 It’s an annual festival celebrated at Faroe Islands where locals round up and massacre families of whales. The Grindarap is believed to date back as far as 1584. It is a method of whaling that drives entire pods of whales and dolphins towards beaches by trapping them with small boats and missiles. The whale meat is eaten by locals. Various campaign groups have demanded that the practice, which is legal, be stamped out. 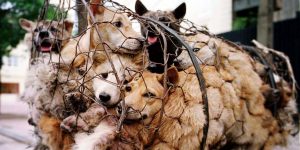 Thousands of dogs are butchered for human consumption at the annual dog eating ‘celebration’ in Chins’a Yulin. The canines are forced to travel long distances and crammed into crowded wire cages, the dogs languish without food or water as they await their fate. They watch on as those before them have their throats slit. Many are reportedly beaten — even burned or boiled alive. 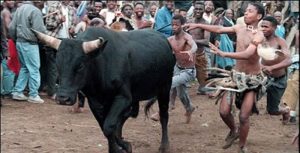 The festival is seen as a test of manhood in South Africa’s Zulu community where young warriors chase a bull around an enclosure, wrestle him to the ground, and kill him by breaking his neck or smothering him. The killing takes nearly 40 minutes, during which dozens of men trampled the bellowing, groaning bull, and wrenched its head around by the horns to try and break its neck.