A new product available on Amazon.in is making buzz but for all the wrong reasons. This product in question is called “i-Virgin”, marketed as a “high-quality” blood powder and to be used as “fake blood for the first night”. The product is marketed as an “alternative for hymenoplasty” which women can use 2-4 hours before sexual intercourse in order to “confirm their virginity”. 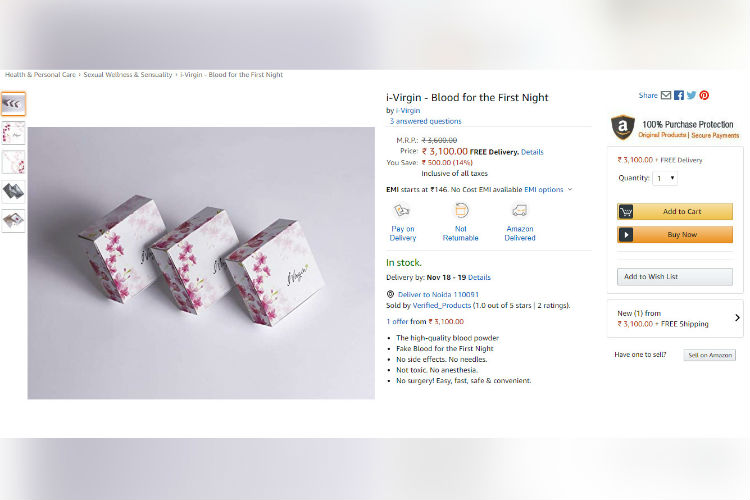 Though the product has been available on Amazon.in since June 2019, it only recently surfaced on social media, with many users criticising Amazon for selling fake blood.

Amazon is selling because people are buying them.
Its the people who need to change, and not amazon. I am pretty sure Amazon marketplace isn’t run on AI yet.

Wtf is this even real? And I’m sure they’re only selling it in the Indian subcontinent! Terrible to say the least.

I understand your point but I believe such products makers or Amazon are at less of a fault here. Problem is with men who hold this stupid belief that all women must be virgin before marriage. Also equally responsible are the women who can’t take bold stand that it is not wrong. 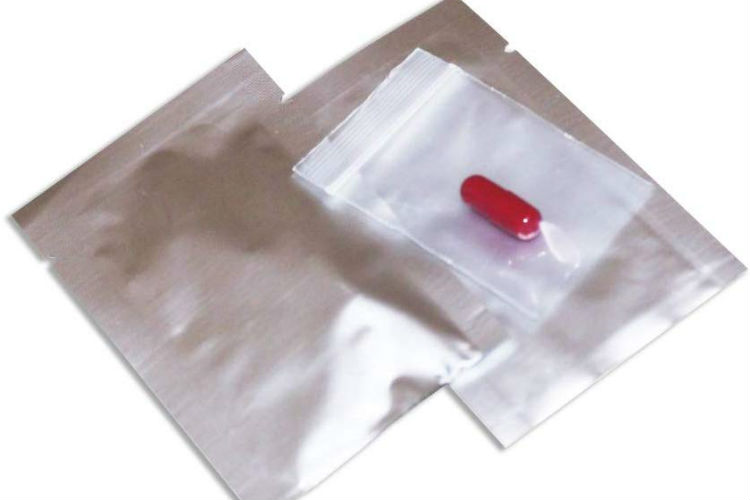 The pill’s dark side

However, the availability of the product on the online retail store reveals the pressure women in India have to bear for them to prove their virginity to their newly-wedded husbands. The pill also underlines the myths surrounding the patriarchal notions of virginity and women’s health. Gargi Mishra, Samaa Resource for Women and Health, told InUth,

“It’s just a continued obsession with virginity and perpetrates wrong ideas of hymen breakage. It’s very shocking that products are still being marketed for this with regressive ideas that intact hymen is important for marriage and you have to fool your spouse, apparently, if that doesn’t happen. Because then you’re called ‘impure’, ‘polluted’. But then it also tells that the need for such products is there as they’re on the market.”

Though hymenoplasty, or hymen reconstruction surgery, is also available to women to achieve the desired effects, Mishra says the pill is no better or worse off than such medical procedures.

“It’s not a better alternative. In fact, it shouldn’t exist at all. It just perpetuates really harmful practice and the misconception that even if the woman is a virgin doesn’t mean she has to prove it on the first night. And it leads to very damaging things like domestic violence and ostracism. Hymenoplasty or such pills are just different kind of products used for the same purpose.” 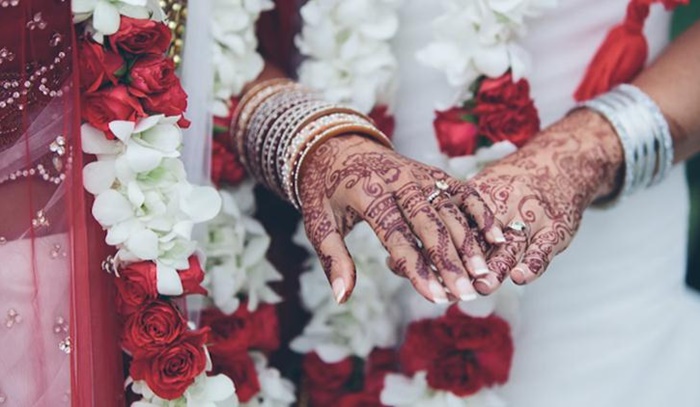 In 2018, the Kanjarbhat community in Maharashtra came under the spotlight when a video of a groom being asked if he was “satisfied” from the outcome of a virginity test went viral. After a family opposed to the ‘mandatory practice’ of virginity test of women, it reportedly faced a social boycott by the community’s panchayat. Maharashtra government later made such virginity tests an offence.

Earlier this year, a Jadavpur University professor wrote a piece on ‘Virgin Brides’, emphasising that “a girl is biologically sealed from birth until it is opened”. He also went on to rhetorically ask readers whether they would buy a ‘broken seal’ while purchasing a cold drink or a packet of chips.

According to Mishra, such notions of virginity and ‘purity’ can only be dispelled by making women aware of the freedom of choice and about sexual health:

“We need to break these misconceptions about what a hymen is, when does it break, it can break even during exercise. If the woman is not bleeding during the first time does not mean she’s not a virgin. We talk to women and young girls about the pressure they face to prove their ‘purity’ and we tell them that their worth and their honour doesn’t lie in their body.”