Snapchat has been in news for quite some time now. From its tiff with a ‘disgruntled employee’ to its unending battle with Facebook, the company has been facing the heat for long. But not anymore! Popular photo-sharing app, Snapchat has added four new tools to its creative arsenal to counter ‘Facebook’s influence’ over its users. Apart from adding creative tools to its platform, Snapchat has also added a new timer option that lets users view snaps and videos till ‘infinity’!

“Today we’re making a pretty big change to the way you create and send Snaps. We’re reorganising the layout of our creative tools, adding a Magic Eraser adding a new setting to the timer: infinity,” Snapchat wrote in a blog announcing the features.

Here are the four new tools that you need to check out:

Magic Eraser
The magic eraser tool lets you selectively remove objects from your snaps while blurring it into the surroundings. Don’t want your friend to stand next to you in your snap? Just ‘magic eraser him out’!

Infinity Snap
Up until now, you could set your snaps to be viewed between 1 to 10 seconds. But now you can time them to be viewed till infinity. Here’s a catch, your snap will fade away into oblivion once your friend closes the app. 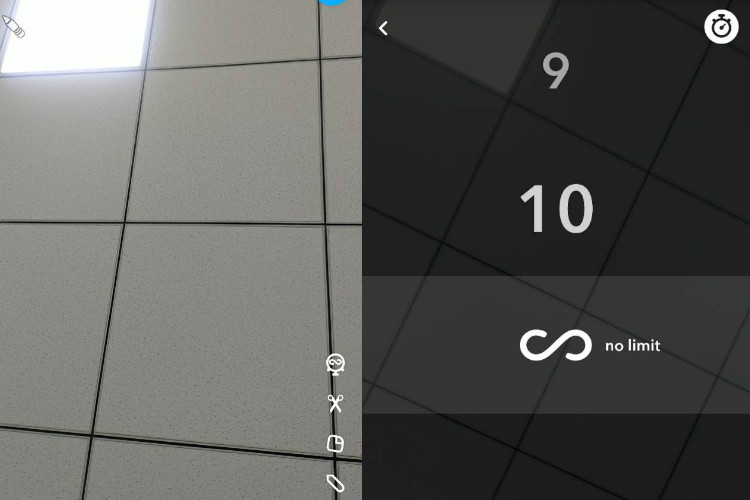 Looping videos
This feature pretty much works like ‘infinity snap’. Basically, looping video gives you the liberty to decide if your friend can see your video once or till infinity. For those of you who are still confused, consider it as Snapchat’s version of Instagram’s Boomerang!

Draw using emoji
This one’s interesting as it lets you use an emoji instead of a virtual pen to draw on your snap. Select one of the emojis and draw an ’emoji trail’ on your snap!